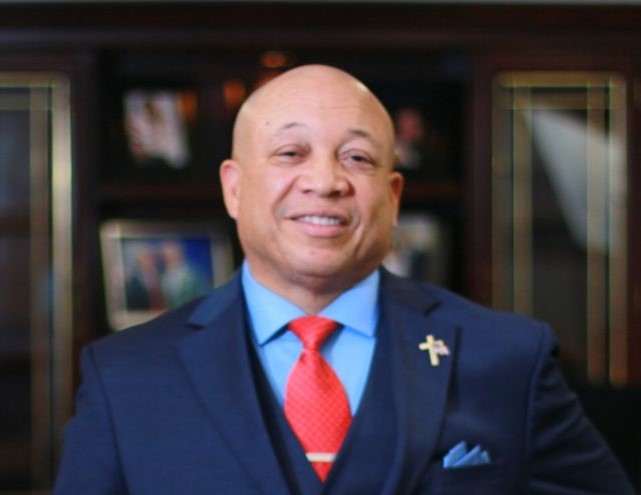 Photo: Flint Mayor Sheldon Neeeley says unrealized dollars due to lack of participation in the census in this community could have used for education, streets, roads, public safety and other essential services.

The census will bring $142 million per year to Flint for critical funding, Head Start, Snap, WIC and Medicaid. Yet, because many local residents do not participate in the census, Flint may not get the funding city residents are entitled to.

“The Constitution was very specific in the drafting of it to make sure we can enumerate and count people throughout our country to make sure people get a fair share of the wealth our country collects through tax base,” said Sheldon Neeley, mayor of Flint.

“Experts are saying that in the last 2010 census, one out of five individuals went uncounted. You take that same enumeration and you look at what we’re missing out on. That’s unrealized dollars that this community could have used for education, streets, roads, public safety and other essential services.” Neeley said.

A miscount affect’s not only the city’s budget, but agencies receiving federal funding, as well.

In the last 2010 census, over 800,000 people were not counted or failed to get counted nationwide. Many of these people were African American.

“$14 billion was missed out on by communities like ours over the last 10 years because of that miscount,” said Anthony Turner, 2020 city of Flint census coordinator.

Schools can potentially lose money if residents are not counted through the census.

“We also have one of the greatest neonatal care facilities; Hurley Hospital, here in the city of Flint. We want to make sure we provide dollars and cents to that public hospital to make sure we take care of our young people and our children,” Neeley said.

In addition, public housing is affected by the census count.

The census count could affect monies available for child and adult food assistance, people transitioning out of homelessness, career and technical education grants, Medicare Part B, returning citizens, seniors and children. In addition, new businesses coming to the city look at the census count.

An estimated five percent of kids under five weren’t counted in the 2010 census. They are considered part of the hard to reach population.

Also, since residents in most areas of the county are likely to respond online, those households will receive an invitation asking them to go online and complete the census. However, according to the United States Census Bureau, in 2014-2018 only 58 percent of households in Flint had broadband internet subscriptions. The Response Outreach Area Mapper (ROAM) application was developed to make it easier to identify hard-to-survey areas, such as areas in which fewer people have internet access. So, in hard to survey areas, an invitation will also be sent March 12 to complete census either by phone or by using a supplied paper copy of the census questionnaire. At this time, each local resident will receive their own unique ID, to be used when filling out the census.

The census has been shortened. It consists of nine questions, and takes about 10 minutes for an individual or a family of up to about three and longer for larger families, according to Turner. Those who do not respond to the initial invitation to participate in the census will have a person follow up with them and offer to count them in person. However, a better count is received when more residents participate in the census earlier.

Questionnaire assistance centers are available to help this become a reality. There, residents can get help filling out their questionnaires, ask questions and use computers to complete their census forms online. The city is currently working with the University of Michigan Community Foundation. Soon, people will also be able to receive these services at the Berston Field House, the Sylvester Broome Empowerment Village, Haskell Community Center, the Brennan Senior Center, various churches and other places within the community, according to Turner.

Questionnaire assistance centers will be listed on the city’s website in the near future.