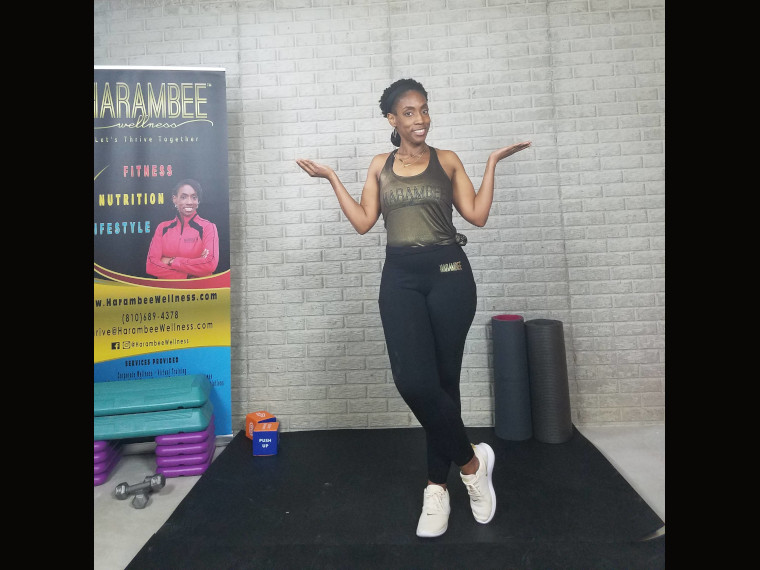 Before the pandemic hit things were fine for, Marquita Adam; fitness coach and founder of Harambee Wellness. She had her group fitness classes at three locations in the city of Flint and was doing fitness parties, as well.

Adams is a solopreneur. So, she does not have any employees. She works at various gyms and studio fitness locations and does not have her own “brick and mortar” location.

“When the gyms closed down, that affected my ability to train clients and have classes,” Adams said. “When the pandemic first started there were still a lot of unknowns. So, I didn’t understand the severity of it until we got to like April. At that point, I was fine with everything being closed for my own personal safety as well as the safety of my parents.”

Adams is essentially a caregiver. She takes care of her parents.

She said when the pandemic occurred; it affected her revenue and her ability to service her clients.

“I lost about half of my clients because I gave the option to put their membership on hold or continue-and half of them decided to put their membership on hold,” Adams said.
After the state saw an increase in new coronavirus cases and deaths, Governor Gretchen Whitmer announced the Pause to Save Lives Nov. 15. Under Pause to Save Lives, bars and restaurants were to be open for outdoor dining, carry-out and delivery only. Gyms were to remain open for individual exercise with strict safety measures in place. Casinos, movie theaters and group exercise classes were closed. Professional and college sports meeting extraordinary standards for risk mitigation could continue without spectators. However, all other organized sports were ordered to stop. Colleges and high schools could proceed with remote learning, but were ordered to end in-person classes. The order took effect Nov. 18 and after three weeks was extended 12 days prior to expiring to Dec. 20.

Gyms, pools, roller and ice rinks were all allowed to reopen, but group classes are still not allowed under the most recent order extended to January 15.

“I’ve basically started purely virtual training. I did do fitness classes around Flint. I offered free fitness classes in partnership with an organization at Brush Park near where the Flint sign is for three months. It was an opportunity to still provide a service and keep people active.”

These classes were held outdoors because Adams was not comfortable teaching indoors.

“After this year I don’t know what to expect…The negative part of it is the loss in revenue,’ the uncertainty on how to pivot. I’ve had to change my business model several times just to stay relevant and keep up with clientele. But the positive of it is it has strengthened my business systems and pushed me into a virtual realm where I’m able to connect with more people.”

Adams said she doesn’t know what the gyms will look like in 2021. She said group fitness is the gateway to get people into healthy habits and doesn’t know how the fitness industry will adjust without it.

Adams had Muscles and Mimosas; a virtual event, Jan. 1, 2021 at 10 a.m. In the past, the event has been in-person and included breakfast and a mimosa toast. This year, Adams has was able to help other small businesses. She included gift cards to local eateries, including Oliver T’s and Steady Eddy’s because she understands the restaurant industry was also affected.

“The Muscles and Mimosas New Years Day workout was great! I ended up delivering all the champagne glasses that came with the registration in my car instead of putting them in the mail just because of all the things that were transpiring with the U.S. Postal Service. But, we had a good turnout. People woke up early to work out on the first day of the new year. The workout itself was about 40-45 minutes, and it was low impact and cardio-based. So, I like to have fun. So, I made it interactive as far as smile as you’re squatting and things of that nature. Also, I was lucky the playlist for the class was actually curated by a local Flint DJ who goes by the name of DJ Smoothie.”

The Health Alliance Plan (HAP) became a partner for the event this year. According to Adams, the rest of the year will be predominately virtual for Harambee Wellness. She is shifting towards custom, online fitness training and meal planning versus an in studio class because she considers this to be safer and she does not have to worry about whether a facility is allowed to have group fitness classes. 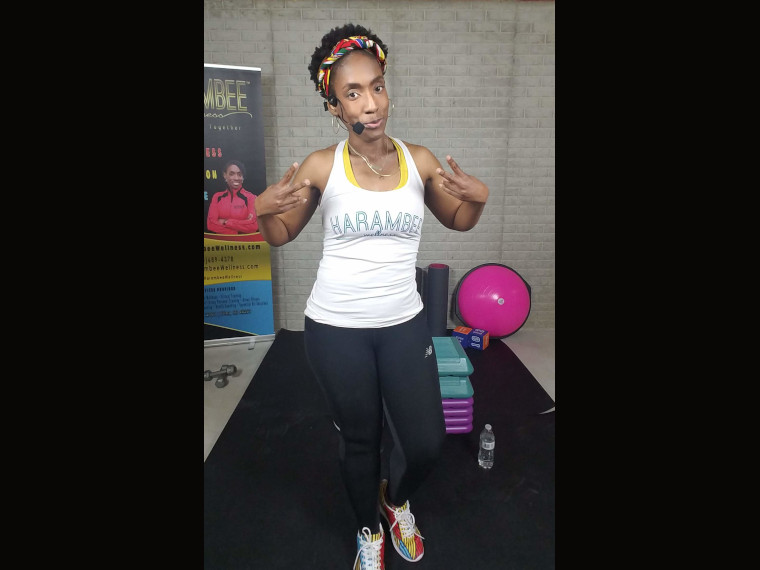 Tips From a Doctor Who Survived COVID-19