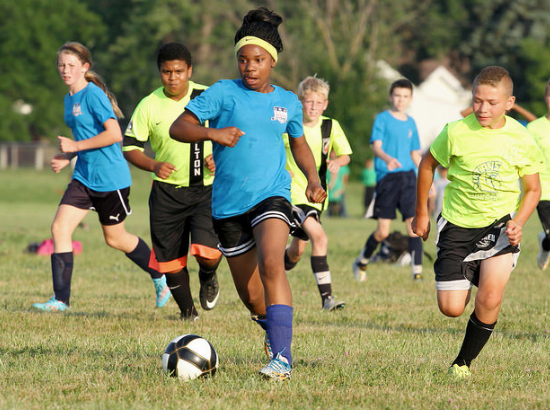 The 63rd Greater Flint Olympian Games participants began practicing and training a couple of weeks ago to compete against each other, and possibly represent Flint in the 62nd CANUSA Games.

The Crim Fitness Foundation announced at a press conference June 13 at Warwick Hills Golf & Country Club, that it is pleased to announce the continuation of one of Flint’s oldest athletic traditions – the Greater Flint Olympian Games and CANUSA Games.

Event organizers also announced the CANUSA 5K Run and Walk, to be held Saturday, September 14, in conjunction with the Ally Challenge presented by McLaren Flint Hospital at Warwick Hills Golf & Country Club. All proceeds from the race will support the Greater Flint Olympian and CANUSA Games.

Throughout the history of the CANUSA Games, there have been more than 26 different sports for athletes to participate and compete in. Basketball, baseball, swimming, tennis, archery, skeet, hockey, track, soccer, bowling, darts, volleyball, and weightlifting are just some of the sports that have been offered throughout the rich history of the Games.

The Greater Flint Olympian and CANUSA Games have produced many professional and semi-professional athletes in the process. Student-athletes are housed with host families that also have youth competing in the Games. Every year the host city alternates.

This is where the motto and the spirit of the games, “Experience the Friendship”, comes into play. After the daily competition, athletes get a chance to just be kids and learn the different customs and cultures from each other, showing them what their host city has to offer and help create memories that can last a lifetime.

“These games are always exciting, and it brings the community together. It’s been a staple in our community,” said Sean Croudy, co-chair of the Olympian Games and CANUSA Games.