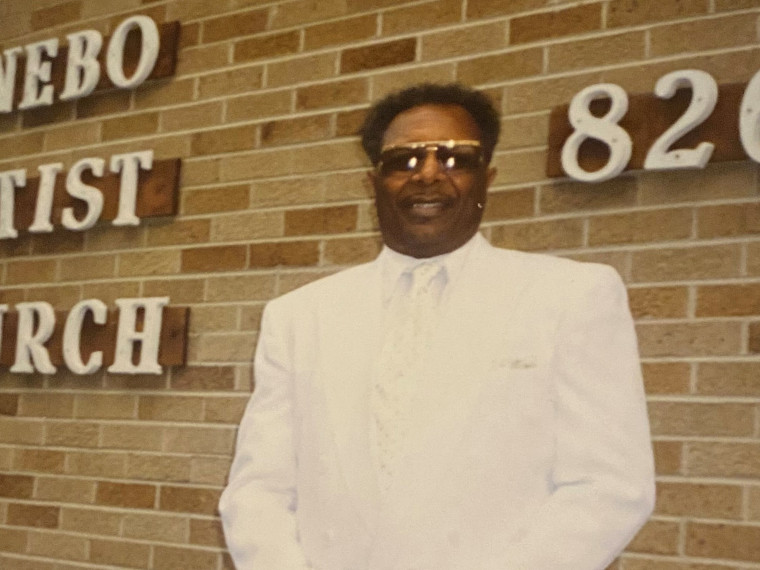 Pastor Emeritus Troy Lee Jr., affectionately known as Pastor TJ Lee, could be spotted from a mile away! He was known for wearing cowboy hats and cowboy boots. Lee, a former Flint Courier News board member, passed away on June 12 due to heart failure. He was a long time resident of Flint Michigan employed by Delphi/General Motors for over 37 years. Pastor Lee was well known for his never ending jokes, stylish suits and most of all his unconditional love. Connie Lee, Pastor Emeritus Lee’s oldest daughter, said she is a product of that love.

According to Connie Lee, her father had a bad heart for years.

“He had a bad heart since 1999,” she said. “He had a massive stroke four years ago in May that took him down, but the Lord restored him. Then, he had a mini stroke about a year after that.”

Despite having to be hospitalized in 2016 and other health struggles, Connie Lee said her dad kept the faith. She never stopped taking him to church until the pandemic came.

“He was in his right mind,” Connie Lee said. “He just didn’t walk. I pushed him in a wheelchair. He still read his Bible. He recognized everybody. He was faithful to God first, Mt. Nebo second and his wife third. We fell after them.”

Pastor Emeritus Lee pastored Mt. Nebo Missionary Baptist Church for 23 years, retiring and becoming Pastor Emeritus in 2018. He accepted his call into the ministry under the late Dr. W.G. Terry in which he served under until he was called to pastor Mount Nebo.

“I think my dad lived a long and happy life because my dad loved people, and he would take the shirt off his back.”

Connie Lee remembers her dad as one who was “always ordering something,” and he once ordered his wife a couple dresses.

“This guy came up on the porch and took the box. She (Lee’s wife) just happened to be looking out the kitchen window. She was like ‘reverend, reverend, that guy just stole that box off the porch.’”

According to Connie Lee, her father told the young man to bring the box back, which he did, saying he thought the box belonged to another individual on another block. Connie Lee said her dad knew this wasn’t true.

“My dad went in his pocket and paid this guy to give him back what was his. I thought ‘that’s strange!’”

Connie Lee said her father was also had an unwavering commitment to be generous to other pastors and the church.

When her father presided over various churches during the other churches’ appreciation days, he would find out how much money they were short from the previous year. If the goal was to raise $500, he would often give $100 to the preacher if the preacher said it was OK, just to start out the offering, according to Connie Lee.

“He would make sure that that pastor got what they deserved for that year.”

Another time, Connie Lee remembers Mt. Nebo needing a roof for $80,000. Her dad got a loan for the work. He gave an individual who owned a construction company all the money. The individual tore the roof off, put a plastic shield on and never came back to complete the work. Her dad ended up cashing in his and his wife’s retirement savings in order to get the roof put back on the church.

His daughter feels Pastor Emeritus Lee’s greatest accomplishment was that he brought people to Christ. He also believed in giving everyone a second, third, fourth or even fifth chance. His daughter said she never heard him “talk down on” anybody.

“My daddy taught me to always put God first and be kind to everybody because you never know when you’re going to need that person again. He also told me to stop being mean.”

Connie Lee said she learned about forgiveness from her dad and how to listen and store what she hears in the back of her mind.

“My daddy was loved by many, many, many people…You could spot him from miles and miles away, and he always smiled….I don’t care what crisis he was in, he always had a joke to tell.”

Viewing for Pastor Emeritus Troy Lee Jr. will be held from 2-6 p.m. June 19 at the Mt. Nebo Missionary Baptist Church. The service for him is at 11 a.m. June 20 at Mt. Calvary, with a family hour from 10 a.m.-11 a.m. Rev. Dr. Henry Fuller Jr. will be the host pastor, with Dr. Nathaniel Crouts officiating. Pastor Emeritus Lee will then be buried at Sunset Hills Cemetery afterwards.

The viewing, funeral service and burial are open to the public, but the family is requesting masks are worn.

Supreme Court votes to keep protections for ‘Dreamers’ in place

The 2020 Census: What’s At Stake for the African American Community

Our Heartfelt Thanks for Your Outpouring of Love