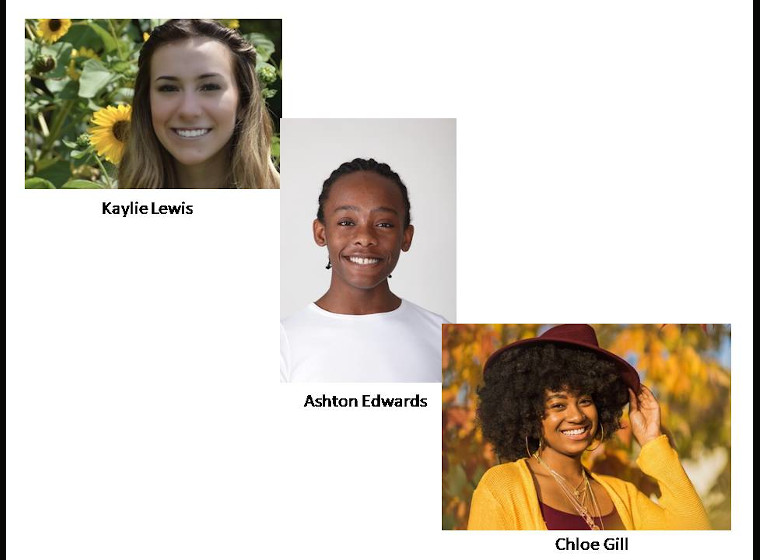 There were  two other award winners from the Flint ACT-SO. Ashton Edwards won a silver in dance/ballet, and Chloe Gill earned a bronze in play writing.

Cooper mentored Lewis for the 2020 NAACP ACT-SO Culinary Competition for almost 10 months while she was still in high school. Lewis is a 2020 graduate of the MCC Shiawassee Culinary program at Owosso High School.

Due to COVID-19, Lewis had to compete via Zoom. She and Cooper continued to meet virtually every week through the regional competition and leading up to the national competition, held online Aug. 16 and 17.

In addition to winning, she got to eat her test when it was all over.

There were some changes to the national competition format to accommodate a virtual event.

“The new format included a knife skills competition on the first day, and the culinary competition on the second day with the students preparing the same dish that was prepared at the regionals,” said Cooper. “As I watched Kylie online, I was very proud of her confidence, sanitation and culinary skills.”

“It was awesome,” said Ella Greene-Moton, chair of the NAACP Flint ACT-SO program.

“She was so smooth I was afraid they would think her entry was too simple.” Greene-Morton added.

ACT-SO is a yearlong achievement program designed to recruit, stimulate and encourage high academic and cultural achievement among African-American high school students. The program hosts more than 32 competitions in STEM, humanities, business and performing arts nationwide, including local, regional and national level competitions. The culinary arts program is the only portion of the program open to non African-American participants.

“Travel” the World With MCC