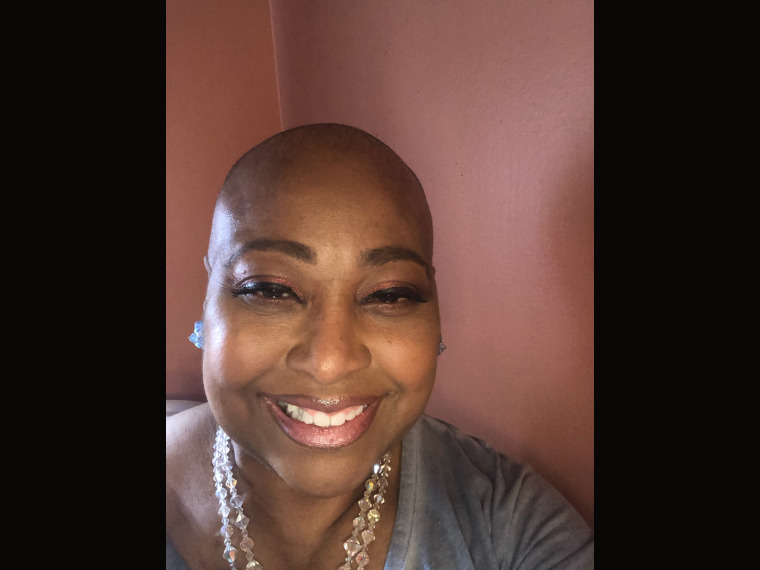 Before the pandemic, Flint resident Pastor Cynthia Watkins, age 60, was working as both a pastor and a bus driver.
She said she knew she was an “at risk person” because of her jobs. At work, they began to have her and the other drivers wear masks and wash the buses down.

“They said we had a COVID-19 case,” Watkins said. “We didn’t know who it was. We kept on working. All I knew is I just tried to get up one day and couldn’t.”

Watkins was working every day, without taking time off. She describes herself as “the go-to person at work.”
“When it got me it was like ‘oh wow!’” she said. “I had no strength. I couldn’t breathe.”

She was told by her physician not to come to the doctor’s office yet, although they offered to give her an excuse to miss work. The doctor was not set up to take COVID-19 cases at that time, which was in early March. About five days later, she was invited to be seen by her doctor from her car.

“When they did have me to come, the doctor was shaking. He was in this suit…He was just petrified! He even dropped the testing tube.”

The test result came back invalid after about 10 days. Watkins is convinced this is because the testing tube was dropped.

“I was still running a temperature. I still couldn’t stand up and couldn’t breathe…Nobody could come near me, and I couldn’t really eat anything. So, people brought me plenty of juice, plenty of water, plenty of fruit.”

Watkins said most people left these items at the door. Her two children, ages 22 and 23, live in the same home.

“They quarantined me off into my room. I didn’t even want to come out. The only time I came out was to go to my bathroom.”

While sick, Watkins was told to take Advil and NyQuil.

She was again tested for COVID-19. After 10 days, the test once again came back invalid.

“I was off for 30 days. My friend got sick at the same time. She did the clothing for us at work. The very day I called her to find out what was wrong-because we also did radio ministry together- and she died of COVID. I know that we spent time together.”

On about three occasions, when she couldn’t feel herself breathe, Watkins told her kids she wanted to make peace with them because she didn’t think she would wake up in the morning. Her kids cried. Watkins said she talked to God and He gave her specific instructions, which she followed for a week. She said she believes that is what finally caused what she believes was COVID-19 to break.

The most recent time, Watkins was tested for COVID-19 through Hamilton Community Health Network in a tent, and the results came back negative.

However, Watkins was still not able to return to the work she did so passionately. While she was sick, she’d had a mammogram.

“They told me I had some tumors, and I needed to get in the doctor’s office right away.”

The tumors were growing rapidly in Watkins’ left breast-and they were cancerous. Watkins was told she needed to have chemotherapy right away.

“I said to myself, if God wanted me, he had all those times to take me with that COVID.”

Watkins friends, who work in the medical field, told her where to go to get a grant cover the cost of her medicine. Watkins wants to write a book to let people know what often goes unknown about chemotherapy, including about how some patients die because they can’t afford some of the medical treatment they need.

Watkins’ hairdresser, who made Watkins bald at her own request, encouraged Watkins to have a fundraiser.

“My hair was falling out from the chemotherapy. So, I couldn’t keep it because it just actually starts falling off your head…At my job, they say they forgot to turn my paperwork in, and then I’ve already been off work for six months.”

Watkins said because of this she is not getting sick leave money at this time.

“The fundraiser is to hold me over for 45 days so I can pay my bills in hopes that my disability kicks in.”

Watkins’ goal for the fundraiser is to raise $2,200 by the end of November through donations.

“The Bible says that pride comes just before your fall. The first thing people do is say ‘I don’t want anybody to know.’ They get ashamed because a lot of people think that when you’re sick, it’s because of sin. That’s the oldest and stupidest thing I hear people say.”

Watkins, who points out people could be sick from drinking the water in Flint, said she stands on the Word.

“People get ashamed and they run off and they die. If you need help, nobody can read your mind. You have to tell people you need help.”

Light to find yourself