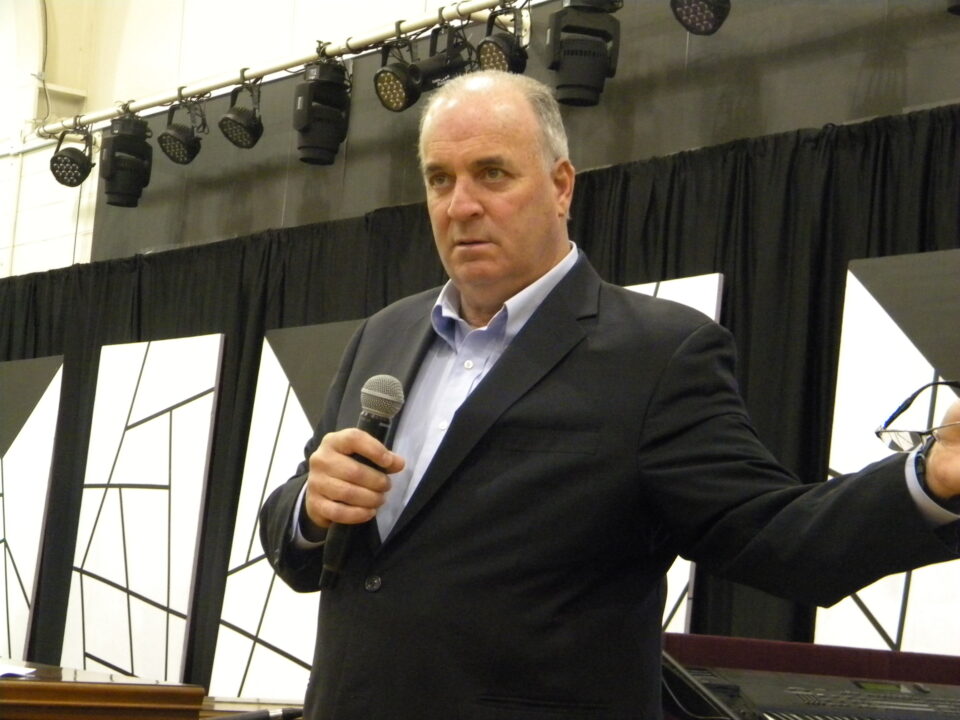 Congressman Dan Kildee (MI-5) was stuck inside the U.S. Capitol building on January 6 during the riot and violent attack against the U.S. Congress. Yet, Kildee did not let witnessing this traumatic event prevent him from getting the word out to the Flint community on what Congress has been doing. He recently gathered with a group of area pastors at Cathedral of Faith Church to discuss what the passing of the American Rescue Plan Act of 2021 (or American Rescue Plan) really means to Flint residents.

Kildee said he met specifically with area faith leaders mostly to answer questions on the specific help that was coming to individuals because of the passing of the American Rescue Plan, knowing that they may have to have conversations again in the coming months.

“Leaders in the faith community are credible voices in the community and have regular access to people in the community,” he said. “(And) our big fear is people don’t fully understand the benefit that was due to them and because of that not be able to take advantage of it.”

The $1.9 trillion economic stimulus bill passed by the 117th United States Congress and was signed into law by President Joe Biden in March. It was intended to accelerate the United States’ recovery efforts from the health and economic effects of the COVID-19 pandemic.

Kildee explained why communities like Flint especially needed the benefits made possible by the American Rescue Plan.

“Just like the storm that hit New Orleans reveals so much of the inequity in that particular community; ripped the cover off poverty and the disparate economic conditions that were being experienced there, COVID has ripped the cover off inequity in our society that a lot of people unfortunately were unwilling to see until this moment occurred,” Kildee said. “It had a significantly greater impact on communities of color, both in terms of the economic effect of this COVID crisis-It’s an economic crisis and a health crisis. Tragically, the health impact-significant disparity-(It is a) far greater likelihood of contracting COVID, far greater likelihood of COVID becoming fatal if you happen to be living in a community of color.”

Kildee said addressing coronavirus and immediate needs during the crisis was important, but it was also important to address what the pandemic has revealed.

Kildee also said Congress was getting a lot of criticism because while some larger school districts were getting $2 million to $4 million dollars, $114 million dollars was being brought into Flint Schools.

“We pushed for a funding formula that was intended to get at inequities this crisis has revealed.”

Kildee said that unfortunately the money being set aside for Flint Schools cannot be used to build new schools because of limitations placed on it before it was passed.

“However, if we come together as a community; (And) It’s really important it be a community supported plan-and we can organize a way that the federal money can come in and take on some of the existing costs the school district has for its general operation, catching up on learning loss, special education needs, Title I (and) some of the needs around technology. It can be used for all those purposes, and that could then free up dollars that can then be devoted to support school construction and maybe matched with some gifts from philanthropic organizations, and it’s important that we not let the state off the hook for making a big contribution to putting the Flint Schools back on a better path.”

Ninety-nine million dollars is being brought into the city of Flint. The money can be used to assist households, small businesses and nonprofits or provide aid to impacted industries (such as tourism, travel and hospitality). It can be used to offset revenue losses as a result of COVID-19, for small business support, supporting essential workers by providing premium pay to eligible workers of up to $13 on top of regular wages up to $25,000 or grants to eligible employers that have workers who provide essential work, for some infrastructure improvements (water, sewer or broadband) or direct costs related to COVID-19. The money allocated to Flint is not as broadly useful as Kildee said he would have liked it to be. Again, Kildee said a thoughtful financial plan could have this money offset some ongoing costs and free up some of the general fund money for possible longer term investments.

Also Genesee County (which includes Flint and must follow the same guidelines for using the money) is receiving $78 million. All the funds have to be expended by the end of calendar year 2024.

As part of the American Rescue Plan, each individual in a household where the total combined household income of a couple was $150,000 or less was provided a $1,400 stimulus payment. Individuals with an adjusted gross income of $75,000 also qualified for the $1,400 payment.

The Child Tax Credit was also increased because of the particular challenges people with children are facing during the pandemic. Taxes must be filed to receive this benefit. If all goes as planned with the IRS, starting in July, there will be $300 monthly payments for people eligible for the Child Tax Credit for each child ages 6 or younger. For every child above six but under 18, the payment is reduced to $250 per month. The Child Tax Credit is considered a “refundable credit,” meaning even those who do not owe taxes can receive the payments at the end of the year, according to Kildee.

The Federal Pandemic Unemployment Insurance was also extended. For anyone unemployed, there will be an additional $300 per week benefit through September. This is in addition to any state benefit. According to Kildee, there have been issues with the state unemployment system due to it being overwhelmed.

“We have been able to help folks navigate that process. Our office is there. Even though it’s a state operated system…we can get those calls answered.”

Billions of dollars were invested to help those having problems paying their rent.

“We’ve increased the housing dollars for relief administered through agencies. We can help you get connected to that.”

Although there is a moratorium on evictions, Kildee’s office suggests families and individuals seek help to pay rent when needed to prevent the amount of the bill from increasing, especially because the moratorium will not always be in effect.

“We made a 15% increase in the SNAP benefits so that we have additional purchasing power for SNAP recipients.”

Kildee said the Paycheck Protection Program and the Emergency Grant Relief Program were also expanded and extended to help small businesses and nonprofits.

He also said this community needs a thoughtful plan on how to use the monies it gets through the American Rescue Plan and to work with the schools district and the city and county governments.

“We need to be able to argue effectively in the next few years that this was a good investment, that it paid off and that we should continue to make that kind of investment-certainly not on the scale we were just able to get. But, any ongoing support from the federal government will make a big difference in righting past wrongs that have affected older industrial communities, including mine, too long.”

Kildee said if residents do not receive their benefits from the American Rescue Plan Act of 2021, they should reach out to his office. Kildee’s district director, Chris Flores, and be emailed at Chris.Flores2@mail.house.gov or called at 810-238-8627.

Drive-thru COVID19 Vaccinations to be offered at Hamilton-North Pointe