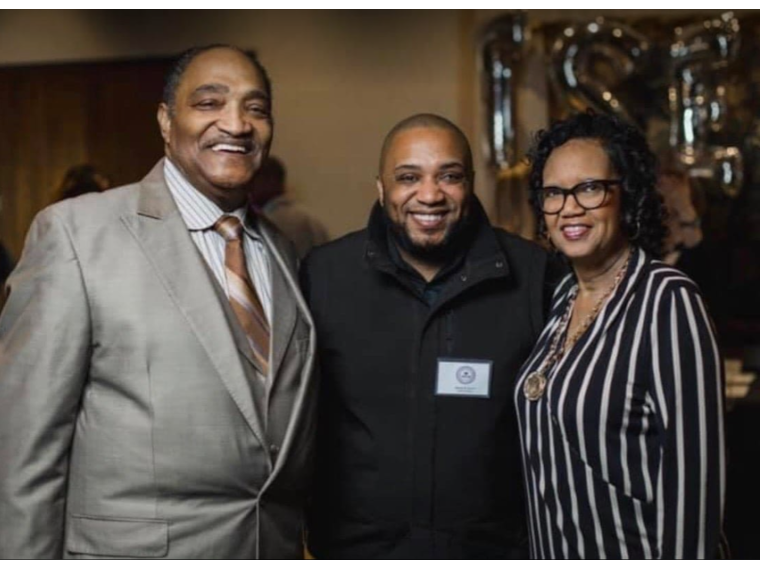 Bountiful Love Church is celebrating its 25th anniversary this weekend, and Kevelin Jones Jr., pastor of Bountiful Love Ministries in Flint, says current and former members as well as the rest of the community are invited to join!

Jones Jr. said many members who once attended Bountiful Love have started their own churches and done many other amazing things in the city.

“We haven’t celebrated our anniversary in quite a while,” Jones added. “We just thought since the death of our founder, my dad, this would be a good time to celebrate him.”

Jones expressed he didn’t feel his father had the opportunity to get the funeral or homecoming he deserved, despite his caliber.

“We’re taking this opportunity just to celebrate him.”

The title of the anniversary is the Bountiful Love 25th Church Anniversary Reunion Weekend.

“The reason it’s a reunion is those who really wanted to celebrate with us and haven’t seen us for quite some time and haven’t been able to see us since our father passed are going to be coming. We didn’t want to celebrate our founder without allowing those that helped build the church to come be part of that.”

A musical will take place at the church at 7 p.m. Saturday, July 16. Jones pointed out Flint has a rich tradition of musicals.

“We used to put on musicals all the time at Bountiful Love Church, and our choir, The Tribe of Judah, hasn’t sang together in over 10 years. We’re inviting some guests in the city to come and minister, and the Tribe of Judah is going to put on a five or six song concert with some of the old songs we used to do.”

“I was there when my dad founded the church. I was sitting at the table when we came up with the church name, prayed over the church name and our mission-and I’ve just been with my dad ever since. We want to keep the ministry moving forward. We want to continue to support the community. “

Jones stated in his secular career as superintendent of the Flint Community Schools he supports the community daily.

“This is just an opportunity to do it in ministry.”

On Official Day, starting at 2:30 p.m., Sunday, July 17, Bountiful Love will show a video of Kevelin Jones Sr., which will highlight some of what he did during his career and his life.

Callaway is the pastor of Covenant Worship Church, which is also in Flint.

A 3-on-3 basketball tournament was planned as part of the weekend’s activities, but has been postponed.

For details about the upcoming 3-on-3 tournament, check the Bountiful Love Nation Facebook page for the future date and contact information for the church athletic director.

“I just want to thank the community of Flint for all their RSVPs and being a part of trying to make this weekend a memorable weekend. We want to come in with God first-serving Him, loving Him and worshipping Him. We want to fellowship together and have a good time and remember our founder, my dad, Administrative Assistant Kevelin B. Jones Sr.”

A reminder to Flint voters