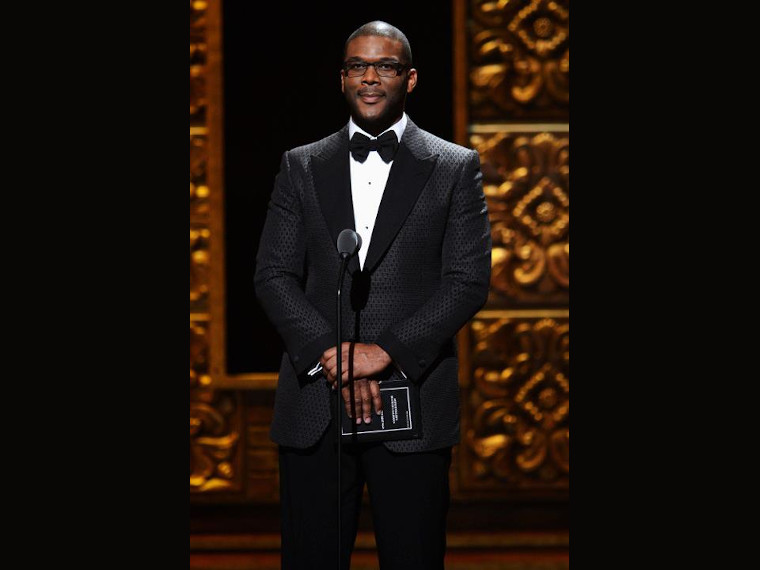 Emmitt Perry, Jr., known as Tyler Perry, was born September 13, 1969, in New Orleans, Louisiana. He grew up with a physically abusive father. A high school dropout, who did eventually pass a high-school equivalency exam, Perry was at one time suicidal.

After hearing advice from Oprah Winfrey to keep a journal, Perry began doing so. This evolved to his first play “I Know I’ve Been Changed.” Despite the fact Perry worked odd jobs just to raise money for the play’s first staging; the Atlanta production received very little attention. Unfortunately, this sent Perry into extreme poverty.

About six years later, however, he restaged the play and sold out performances for eight days in a row before moving it to Atlanta’s nationally acclaimed Fox Theatre.

In 2005, Perry wrote, produced and acted in a screen version of “Diary of a Mad Black Woman,” gaining Perry an even larger audience.

Other notable works include “Why Did I Get Married?” (2004), “Why Did I Get Married Too?” (2010), “Boo! A Madea Halloween” (2016) and its sequel (2017) and “A Madea Family Funeral” (2019), along with many, many others.
Perry occasionally accepted acting roles in others’ films. For instance, he was cast as Secretary of State Colin Powell in “Vice” (2018), a biopic of Dick Cheney, vice president in the administration of George W. Bush.
Perry’s first book, “Don’t Make a Black Woman Take Off Her Earrings: Madea’s Uninhibited Commentaries on Love and Life” (2006), was a best seller.

In 2006 he created Tyler Perry Studios, and since 2015 it has been located on a former army base in Atlanta.

In 2019, during his BET Awards acceptance speech Perry said that he intentionally built his studio in the poorest Black neighborhood in Atlanta so the kids can see that a Black man did that and they can too.

Perry continues to show that nearly anything is possible with confidence in yourself and faith in God.

“The Oval” is an American prime time television soap opera created, executive produced, written, and directed by Perry, which premiered October 2019 on BET. On April 27, 2020, BET renewed the series for a second season and production began on August 4, 2020. On January 9, 2021, BET announced that the second season would premiere on February 16, 2021, and the ratings proved to be another winner for BET and Perry.

Though the climb to the top started off extremely rocky, Perry became one of the richest men in Hollywood. But his massive success is much more than monetary because he has strived to encourage and inspire others.