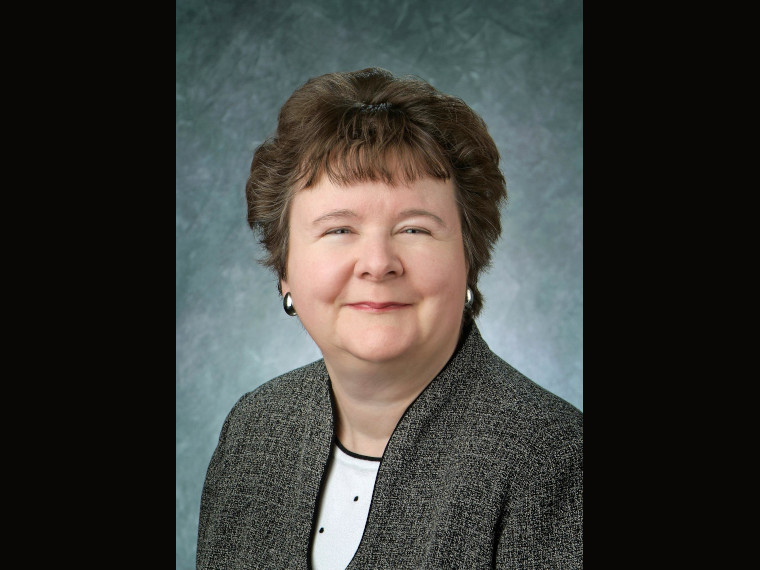 Yvonne Simms, age 64, a Flint native, is a retired structural/mechanical design engineer specializing in the space industry. Her father, an electrical engineer at GM AC Spark Plug, surprisingly suggested she pursue a degree in civil engineering instead of architecture. He had previously said he disapproved of women in engineering. Although there were very few females pursuing engineering degrees when Simms was pursuing her education, she went on to do things she said she never could have imagined doing in her wildest dreams, including design hardware for mission STS-41G in October 1984, which included the first spacewalk by an American woman! She is writing a book on her life experience. Let’s get to know a little more about Yvonne Simms!

Courier: Where did you grow up in Flint, and what was your childhood like?

Yvonne Simms: I grew up on the east side, just off Center Road. (And) the major streets would be Leith and Davison. I was one of six kids, but the oldest daughter. So, a lot of household responsibilities fell on me. But at the same time, I also played hard. I had a girlfriend down the street, and we played and ran with the boys with roller bikes. That was at a time where you didn’t have all the electronics.

Courier: Did you ever think as a child you would accomplish all you’ve accomplished?

Yvonne Simms: No, absolutely not. I was raised at a time where the accepted careers for a woman were teacher, nurse or bookkeeper. (And) my father was an electrical engineer, but he was not keen on women engineers. Back in the early ‘70s, he worked for AC Spark Plug, which was a division of General Motors, and AC started hiring some women engineers. He wasn’t keen on that. I heard about that at the dinner table.

Courier: Where did you go to high school and college?

Yvonne Simms: I went to Flint Central High School, which has been closed. (And) I went to first Mott Community College. I went there for two years. Then I transferred up to Michigan Technological University.

Courier: Tell us a little about your unique career path?
I joined the collegiate section of the Society of Women Engineers (SWE) soon after I began attending MTU. There were very few females pursuing engineering degrees. SWE members encouraged each other to not give up.
SWE section members created a resume booklet which was sent out to major employers across the country. This was before the internet existed. I was approached by both Boeing and McDonnell Douglas because my resume was in the booklet. I had never thought to submit a resume myself to companies on the west coast. I accepted a job offer from Douglas Aircraft Company, a division of McDonnell Douglas, located in Long Beach, California as a structural/mechanical design engineer, where I designed interior structures like lighting and life raft installations.

I worked as a structural/mechanical design engineer for three Spacelab unpressurized experiment carriers designed to fit inside the cargo bay of the Space Shuttle. The carriers flew on twelve shuttle missions from 1984 to 2000. Payloads included radars, telescopes and satellites. The first mission was STS-41G in October 1984, which included the first spacewalk by an American woman, Kathryn Sullivan. Hardware I designed couldn’t have any sharp edges that could possibly damage her, and other astronauts, spacesuits. I took vacation to go to Florida to see the launch. Knowing there was hardware on it I designed made it an especially memorable moment for me.

I became a charter member in 1988 of the McDonnell Douglas Systems Engineering department at the Huntsville site. I continued to work as a systems engineer the remainder of my career. Most of the time was spent on human spaceflight programs. I retired in 2014.

Courier: What advice do you have for other women, particularly those who may be interested in pursuing a similar career path?

Yvonne Simms: Don’t give up. Don’t let others make decisions for you. If you think you can do it, keep at it! Do not give up.

Make Your Gifts Extra Special This Year At Factory Two