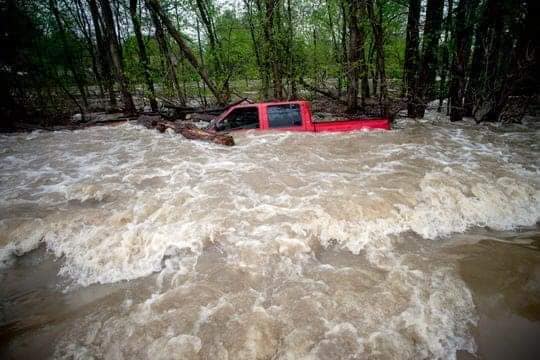 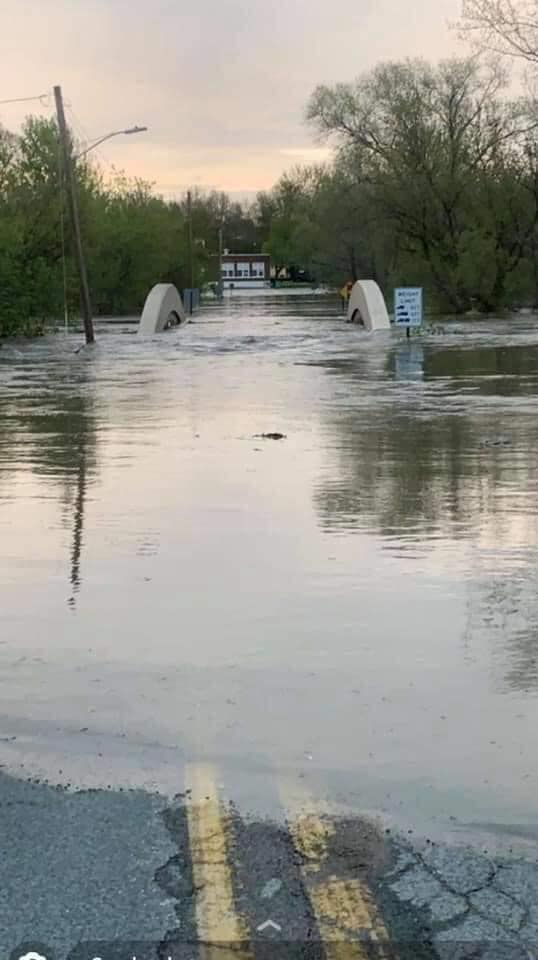 About 11,000 people evacuated Midland and the surrounding areas after the Edenville and Sanford dams  failed following heavy rain, which caused historic flooding in the area.  It is considered a 500-year flood event. The United States Geological Survey (USGS) says a 500-year-flood means there’s a .002% chance-or 1 in 500 chance-of it occurring in a given year.

Gladwin and Midland counties declared local states of emergency on May 18, followed by the counties of Saginaw and Arenac on May 19. By May 20, emergency officials in Midland County were telling people living on Ashby Road between Poseyville and Patterson roads (just southwest of downtown Midland) to evacuate because the Poseyville Dike had also breached.

On May 21, FEMA approved Governor Whitmer’s request for a federal emergency declaration that will provide additional resources to Midland County to respond to the extreme flooding. This initial approval is limited to certain direct assistance from federal agencies to deal with immediate challenges, but could be expanded as the state and FEMA complete the damage assessment.

“The federal emergency declaration is a good start because it will help us take protective measures to protect lives and property from further damage,” Whitmer said. “These devastating floods have forced thousands of people from their homes and caused a tremendous amount of damage to our infrastructure. I’m hopeful that the federal government will soon approve the full funding request to help Michigan families rebuild after this natural disaster.”

Some residents of Midland are also experiencing a temporary disruption in sanitary sewer service because of the flooding conditions in the city, according to the city of Midland’s Facebook page. They are being asked not to use toilets, showers, washing machines or dishwashers.

Officials said shelters available to evacuees who were not able to stay in their homes encouraged the evacuees to continue to engage in social distancing and made this possible.

Businesses located in sanitary sewer outage areas must provide alternative restroom facilities for the public and their employees while service is disrupted if they will be open to the public. Any businesses that cannot provide alternative restroom facilities or that utilize water and/or appliances that use water should remain closed until service has been restored, according to a city of Midland’s Facebook page post.

Midland Commissioner Mark Bone said during a county/city update shared on the city of Midland’s Facebook page May 20 though the water was receding, in many areas there were still damaged roads that were impassable and closed. Bone said there may be also gas and electric outages. So, he said people in the area needed to be careful.

“We do not know who can access their homes safely at this time,” Bone said. “So we ask you to use caution.  According to the National Weather Service, the good news appears that we’ve crested at 35.05 instead of 38 feet we were predicting, which is great news.”

Due to the amount of water across the county, it will take multiple days to recede, according to Bone.

“It’s also possible we won’t even hit the 24 foot stage until the end of the weekend or later during Memorial Day,” Bone said.

The Tittabawassee River is considered in flood stage at 24 feet.

Bone said it was “a mess out there.”

“The Road Commission and Public Works need time to evaluate the viability and safety of the roads before they open.”

Documents from the Federal Energy Regulatory Commission show federal regulators warned for more than 20 years of inadequate spillways at the Edenville dam. In fact, the federal government threatened large fines against a company that operated the dam. In 2018, the Federal Energy Regulatory Commission revoked the license of the company that operated the Edenville Dam due both spillway capacity and the inability to pass the most severe flood reasonably possible in the area.

When the current owner of the dam took over operations in 2004, the company did not come up with adequate plans for increasing spillway. That company eventually had its license revoked. A local task force was given a preliminary permit to operate the dam but did not expect to fully take over dam operations until 2022.

Although The Sanford Dam, built in 1925, received a fair condition rating, both dams are in the process of being sold.

County Controller/Administrator Bridget Grandston said at the time of the county/city update there had been no death and no known injuries because of the flood.  She also said county officials had no knowledge of anyone being unable to get out of their home during the disaster. 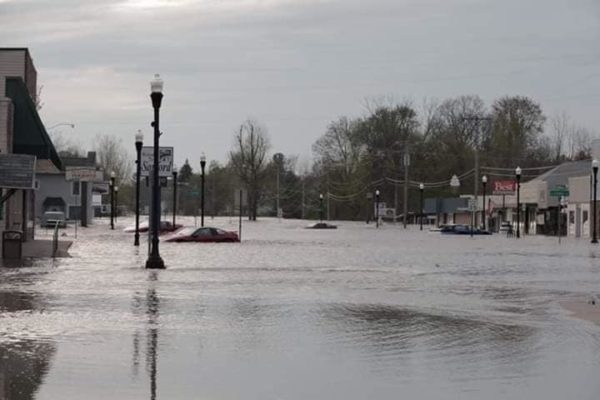 City employees continue to be impacted by spread of COVID-19