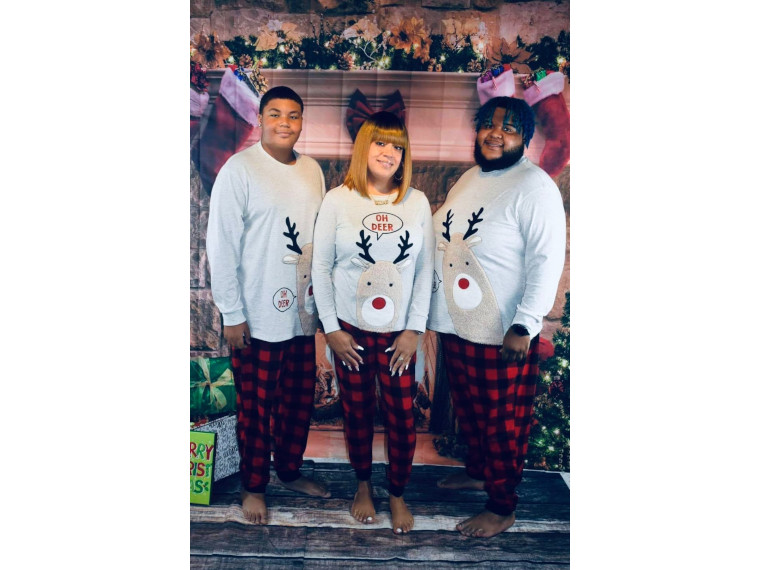 In October of this year, Da’Vonte Green-Flourney, a 22-year-old male resident of Flint, was found in his vehicle, dead from a gunshot wound.

Tiffany Green, Da’Vonte Green-Flourney’s mother, wears her son’s remains in a necklace around her neck. She shared her last memory of spending time together with her son with the Courier.

“Actually I went down to Atlanta to visit him because prior to this happening he had been living in Atlanta,” she said. “He had just recently moved back maybe two weeks before this incident.  I went down and visited him and we just had a good time. That was the first time me and him had just spent time alone-because it’s normally me, him and his 15-year-old brother. So, we just had a great time.”

The last words Tiffany Green remembers speaking to her son were spoken on the same day her son was found dead.

“That afternoon he called me told me he was going to be running late to pick his brother up from school because he was at CPR training because he was supposed to start his job that following Monday at Flat Rock Manor assisted living facility, where he was working before he left and moved to Atlanta,” she said. “I did speak to him maybe about 6 o’ clock just to confirm that he was dropping his brother off at the football game. Actually, he was on the way to pick his brother up when this happened.”

Being as though everything that day seemed fairly normal, Tiffany Green described the initial reaction when she was informed her son had been shot to death.

“I really didn’t know what to say or what to think because he was never in any kind of trouble. He wasn’t hanging with the wrong crowd. He wasn’t out here terrorizing the community, being a menace to the community or anything like that. “

Green said she believes her son was an innocent bystander.

“He was driving with a whole bunch of cars. He was going around the curb on Ballenger once you pass Miller Road, headed towards 12th Street. Shots rang out, and one of them hit his car.”

Green said finding out who was responsible for her son’s death will never give her full closure and she will always have a “hole in her heart.”

“But I can’t even begin to grieve knowing whoever is responsible for this is still out there, and knowing other people were around and witnessed this and nobody has come forward and said anything.”

She said she and Green-Flourney’s father will not stop until justice is served.

Anthony Flourney, Da’Vonte Green-Flourney’s father, said his son came to see him right when he returned from Atlanta.

Flourney said he was the first person on the scene after being told his only son was dead. He continues to replay in his mind what he saw that day.

Investigators also believe Green-Flourney did not provoke or contribute to the events that led to his death.

If you are a witness to or have information regarding this incident, you are asked to contact Detective Lacey Lopez at the Flint Township Police Department, (810)600-3250, or call Crime Stoppers at (800) 422-JAIL. Crime Stoppers is completely anonymous.

Christmas at Crossroads is back!