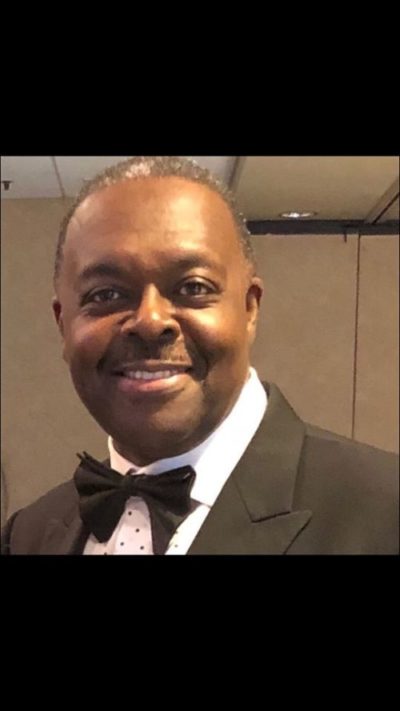 Photo: Randy Seale is one of many Michigan residents being asked to quarantine after he was exposed to an individual who tested positive for COVID-19 at work.

Randy Seale and his wife stocked up on fresh vegetables and meat, which they stored in the freezer because of the scare over the spread of the coronavirus, yet Seale did not anticipate he would actually be exposed to someone with the virus.

When Seale was at work at the Sterling Heights Assembly Plant on March 13, he and other employees were told another employee was in the hospital with pneumonia.

“They were going to test him for the coronavirus. I knew who the guy was, and he’s a good friend of mine,” Seale said.

Seale texted managers of the FCA (Fiat Chrysler Automobiles) North America plant that night in an attempt to get more information about the situation, which he said he did not receive.

“I came back to work on the 16th and was asking ‘what is going on?’ Seale said.

Seale was told the managers had not heard back from the individual being tested.

“When I came in Monday, just before lunchtime, this one manager brings in a cart with garbage bags that had a bag of rags and a bottle of disinfectant. He said ‘we’ve been instructed to give you guys these to clean off your computers, clean off the copy machine and clean the doorknobs”

Seale became even more suspicious and again wondered why he and the other employees were in there working at all.

“My daughter is a doctor at Henry Ford. So, I know what’s going on. These cases are picking up all over.”

March 16 was also the day the president recommended avoiding gatherings of more than 10 people. There were about 15 people in the office, according to Seale.

He posted on Facebook asking why FCA North America, General Motors and Ford were still open with “thousands of people near each other for eight hours or more per day.”

The next day Seale was off work due to a family medical leave. He continued to try to get details about how his friend who was being tested for the coronavirus was doing.

While Seale was shopping for plastic totes at Home Depot, he received a call from his employer’s human resources department telling him he had been identified as one of the individuals who has been around someone diagnosed with the coronavirus. The human resources worker told Seale it was against the law to verify who this individual was. Seale was told to go home and quarantine for 14 days. When Seale told the human resources worker he lived with his wife and his youngest daughter, he was also told to quarantine from them.

“I said ‘we’re not doing that.’ I said ‘I feel well. All of us had colds around Christmas time, January or February. We’re all doing fine. I will go home and stay home, and they will too.’”

Seale was told to keep the matter private, but he decided to make it public.

“I said I’m not speaking on behalf of Chrysler. I’m going to speak on behalf of my health and our public health.”

Seale said his primary emotion at that time was anger. He has been in the auto industry since 1980.

“I’ve seen how things have changed about spending money and the care about hourly employees.”

Seale said he considers the auto industry to be concerned with producing cars and trucks “by any means necessary.”

On March 18, Sterling Heights Assembly Plant announced an indefinite layoff of employees. Seale said he hopes he contributed to that decision. He has well over 4,000 Facebook friends, including many from Flint, with many of them sharing his posts.

The following safe business practices are to be followed at FCA North America plants, according to a document the company provided to their employees: separating working shifts by a minimum of a one-hour at most U.S. assembly plants, staggering breaks and lunches to increase the distance between people, arranging seating in the cafeterias and break areas to guarantee proper distance, increasing housekeeping services in cafeterias, bathrooms and other high traffic, high use areas (including frequent touch points), providing materials-spray bottles with disinfectant, rags and gloves-to employees to conduct cleaning and disinfecting protocols at the start and end of each shift, offering gloves in certain areas, conducting safety talks and specific training as well as using signage and broadcasts through Andon boards to remind employees of proper preventative protocols and installing partitions between workstations at some Powertrain facilities.

Seale will get full pay until March 24. On March 25, he is to go on indefinite layoff if he does not return to work against the recommendation of the health department to quarantine until April 1.

Seale also said he believed the importance of the Flint workers’ health at the General Motors Flint Assembly plant, where another friend of his was working, was not taken into proper consideration fast enough.

General Motors confirmed March 20 that an employee from there who has been absent from the plant since the morning of March 5 has also tested positive for coronavirus.

GM said in a statement they were notified of this diagnosis late March 19, when the plant shut down several days earlier than initially planned. Because more than 14 days have elapsed since the employee was last at Flint Assembly, GM says it is not necessary for anyone in the plant to self-quarantine.

“The 1998 strike changed General Motors’ entire mentality about the way they were going to do things in that company,” Seale said.

Although Seale said he and his family are doing well healthwise and they have plenty of food for the quarantine, Seale is still offering advice to other African Americans and Americans, in general.

“African Americans are the largest consumers in the United States. We purchase more than everybody.”

“In a position where things like this happen, we don’t even have a couple months’ savings to get us through hard times. It’s not just with African Americans. But, I know in our African American community it happens a lot.”