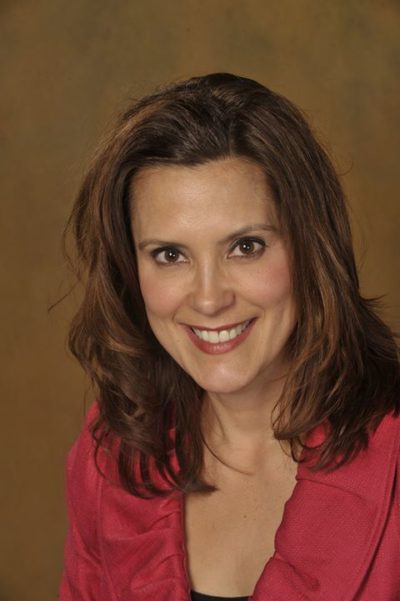 UPDATE: As of 2 p.m. March 24, there were 1,791 COVID-19 cases in Michigan with 34 being in Genesee County. For daily updates, visit https://www.michigan.gov/coronavirus.

UPDATE: As of March 23 following the number of COVID-19 cases in Michigan doubling over the weekend, Gov. Gretchen Whitmer issued a stay at home order. There were 1,328 cases of COVID-19 in Michigan (including 23 Genesee County cases).

UPDATE: As of 2 p.m. March 21, there were seven confirmed cases of COVID-19 in Genesee County and 787 in the state as a whole. Also, there are confirmed cases of both a one-month-old infant and an 100-year-old, both in Macomb County

As of 2 p.m. March 20, there were 225 daily confirmed COVID-19 cases in Michigan, including one in Genesee County, according to www.michigan.gov. However, John McKellar, county health officer, also reported four presumptive Genesee County cases in a news conference March 20, saying they involve three women aged 15, 22 and 35 and a man, age 54. The state website indicates there had been 549 confirmed cases of the virus in Michigan since it reached our state-and three deaths in total.

Things seem to be changing daily, and unfortunately for the time being, they seem to be changing for the worse. Just the day before, michigan.gov listed in its daily confirmed cases the first Genesee County case. Then, it was made clear that first case was an error imputed by someone at the local health department.

In the state, there is a lab. It existed weeks ago-even before the first coronavirus case was presented in Michigan.

“We knew it was going to be important that we were prepared,” Whitmer said.

Quickly the lab became overwhelmed by the number of people that needed to be tested. So, private labs have been set up for this purpose. Local health departments have also become involved.

“There are a lot of different entities that are doing this work. Without the coordinated, real time effort of everyone, it makes reporting numbers challenging essentially when we have too few tests and when the numbers are changing so rapidly.”

Whitmer recognizes there is a need that must be met and said the state is taking steps to meet the need, but said there are a number of reasons for the data challenges that she believes is a frustration.

“We are able to take all the information in, and then communicate it widely. But if there is an issue at the county level that has to be addressed that is something we can’t control. We are taking measures to help counties and empower them to improve the confidence in the reporting in the numbers they are sharing with us.”

The report is updated as the state gets information daily at 2 p.m.

“But, by the time they are reported, you can be confident that the numbers have gone up. I caution anyone against looking at those numbers and thinking that they really reflect what we have here in Michigan. There are a lot of people that have COVID-19 that are not being tested because we don’t have enough tests from the federal government. There are a lot of people who are carrying COVI-19 and are completely asymptomatic. That’s why we’re imploring everyone in this state to take this seriously.”

Whitmer encourages Michigan residents to do so regardless of their age group or how they are feeling and also reminds them to wash their hands and engage in physical distancing to help mitigate community spread statewide and shorten the impact to be experienced in the economy.

Michigan, like every state in the nation, has requested federal assistance in COVID-19 matters. Whitmer wrote a letter to President Donald Trump requesting 11 national guard members’ help the Michigan Department of Health and Human Services with assembling and loading personal protective gear, such as gloves, gowns and face shields, in addition to aiding in the distribution of food to people impacted by the spread of the coronavirus.

“This is to assist the state with current state functions. That means sending some guard members to the veterans’ homes, to give additional assistance for our healthcare providers for the elderly and people who have served our country. They are helping to get the equipment from the National Stockpile and break it down so it can be sent to different communities across the state of Michigan.”

There are trained professionals in the state who are crisis experts.

“But, they can help us reach out and see where we can bring additional ventilators. They can help with logistics planning. They can ensure that we’re as coordinated and efficient as they are generally used to in preparations they make as part of their profession. There are superheroes among us everywhere. We’ve seen in crisis the best in people.”

Whitmer said it’s important Michiganders and other Americans not give into fear but act with intention and good information. She also said we should thank those who care for others, putting their own health at risk, including first responders and healthcare workers, as well as educators who are helping make sure kids get meals while school is out. She asks everyone to do their part.

“Know that tough times don’t last, but tough people do. We will get through this together.”

Chelsea Lewis, Whitmer’s deputy secretary, said it is only a rumor that the Federal Emergency Management Agency (FEMA)  has indicated that all businesses will soon be required to close for two weeks in the United States.

FEMA’s website also confirms this information, and this and other myths are revealed as such on the site at www.fema.gov/Coronavirus-Rumor-Control.