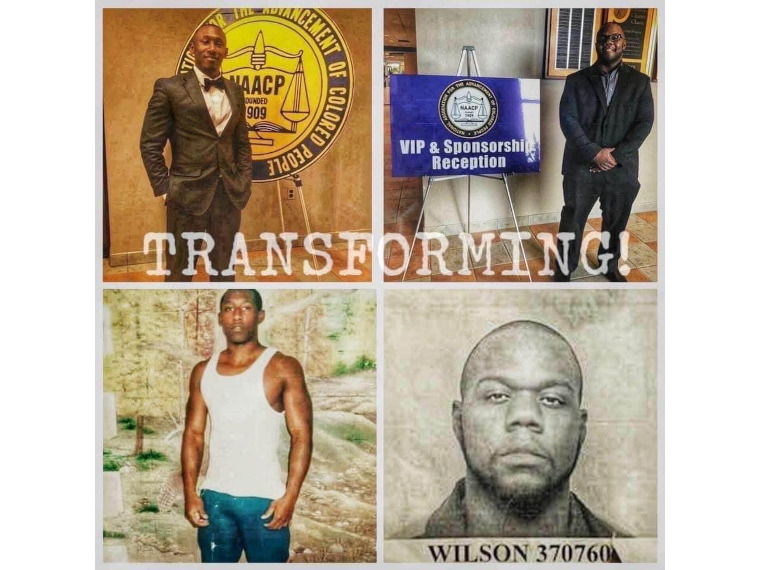 Leon El-Alamin described himself as a former “street hustler”. He grew up on Flint’s north side and served time in prison for drugs and gun possession.

He was mentored by those serving life sentences, who encouraged him to do something different. He began to reevaluate his life while incarcerated and decided he wanted to “reinvent” himself. He lost weight and legally changed his name.

However, when El-Alamin returned home in 2010, there were limited resources for felons or those with criminal history.

“I served prison time from 2003 to 2010,” El-Alamin said. “(Once released) I continued to run into many barriers, such as housing, job opportunities and education…We serve our time and then society still wants you to serve prison time.”

El-Alamin feels when they don’t have a support system, it’s just a matter of time before many individuals who were formerly incarcerated go back to previous criminal activities in order to survive.

El-Alamin founded the M.A.D.E. Institute in 2015, which he is still executive director of. M.A.D.E. stands for Money, Attitude, Direction, and Education.

“What inspired me is my drive to see change and betterment in our community,” he said. “So, I hit the ground running as a community activist being involved in anything positive that I could be involved in.”

El-Alamin grew up in and resides in Flint’s 1st ward. So, although he is involved in community service all over the city, his main focus at this time is the 1st ward.

He said he sees a lot of today’s youth falling into the same “traps” he fell into.

El-Alamin was very excited to invent M.A.D.E., which he said takes a holistic approach to helping the population it serves.

“I’m very hurt by the amount of Black people, Black men in particular-and now even women-that are overincarcerating our prison system. (And) I wanted to do something about that.”

El-Alamin also said the former inmates, also called returning citizens, M.A.D.E. serves are oftentimes more likely to listen to him than another individual who has not walked in their shoes. As one who has been shot in his head and left to die, El-Alamin has a genuine story.

“They listen to individuals such as myself because I’ve been in the spot like they have. They know my story. They know it’s real. I’m straightforward. I’m no nonsense.”

He chose the name M.A.D.E. because he wanted something catchy to get the attention of other returning citizens.

“We live in a capitalistic society that’s driven by money and things like that. We want them to get money, but we want to teach them how to get legal money. …But to do that, it takes an attitude adjustment. So, we work with them to change their thinking so that their attitude can change… Direction is what we’re giving them through our programming and our mentorship, and education is lifelong learning.”

El-Alamin said one can be encouraged to learn through real-life experiences. M.A.D.E. also encourages education through trade school and higher or academic learning.

El-Alamin said another focus at M.A.D.E. is digital literacy; an individual’s ability to find, evaluate, and compose clear information through writing and other media on various digital platforms.

Mental illness among today’s inmates is also pervasive, with 64% of jail inmates, 54% of state prisoners and 45% of federal prisoners reporting mental health concerns, a report found, according to the American Psychological Association. Substance abuse is also rampant and often co-occurring.

An urban farm exists in a hoop house next to the transitional housing in which program participants will learn entrepreneurship and healthy eating. They will also help provide fresh fruits and vegetables to the community as a way of giving back and serving.

“We partner with several grassroots organizations that do a lot of advocacy work. We advocate for policy change, criminal justice reform-changing policies that would allow us better opportunities for participating in today’s society.”

M.A.D.E. advocated for the Clean Slate legislation, which automatically expunges some marijuana convictions, minor crimes and nonviolent felonies. It also expanded eligibility for up to three felonies and an unlimited number of misdemeanors. El-Alamin said the bill is critical because a lot of returning citizens have not been able to obtain employment because of felonies on their records. The legislation, he believes, will also encourage returning citizens in their self-made ventures.

Other advocacy M.A.D.E. has been involved in includes Ban the Box; promoting change to job applications so they are less discriminatory towards returning citizens and advocating for raising the age in which a young person can be sentenced to adult prison.

Besides serving juveniles who have served time in the criminal justice system, M.A.D.E. serves young people who are “on the verge of going down the wrong track.”

El-Alamin said some of the problems in Flint include the blight, the fact there are food deserts and the lack of adequate jobs.

“The jobs that are here, we don’t have ownership in it. Especially with our men, we have to get our men reeducated and get them built back up so they can take the lead back in their household like it once was.”

El-Alamin also said now there are a lot of women, who often play multiple roles today and get traumatized, going to prison.

“If we don’t stop this cycle, we’re going to find ourselves continuously committing a form of genocide to where we’re going to be extinct. With both parents being incarcerated that leaves the child to fend for themselves.”

El-Alamin said he has committed himself to making the future brighter for those in the Flint area, including the African-American community.

“Mass incarceration affects us all.”

11 community partners of city received mini grants up to $10,000 each