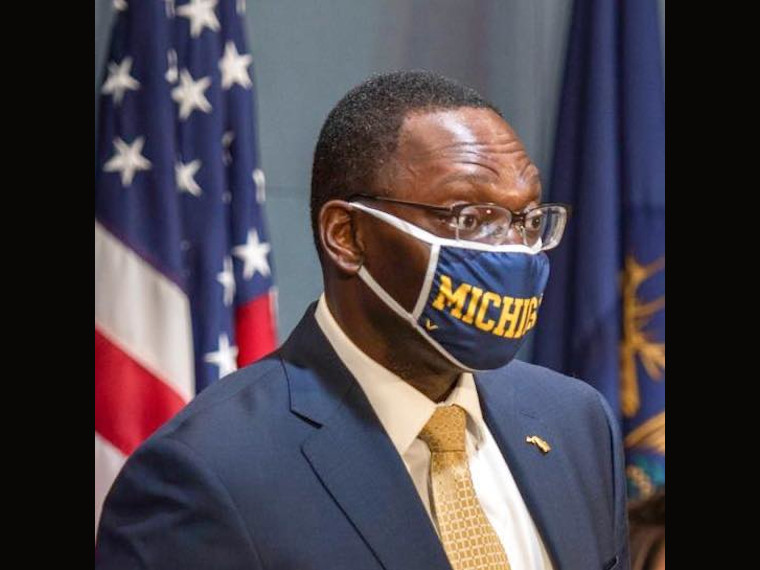 To date, legislative leaders have declined to require House and Senate members to wear a mask in the chambers.

Lt. Governor Garlin Gilchrist II issued an open letter Oct. 7 to Senate Majority Leader Mike Shirkey and House Speaker Lee Chatfield calling on them to enact and enforce a mask mandate within the Michigan Senate and House chambers.  Gilchrist said it is not a political issue.

Gilchrist said in his letter multiple recent infections had been witnessed among elected officials, staff members and members of the media.

“This is personal for me,” he wrote. “”I have seen what the coronavirus can do. I have lost 23 people who are close to me, including members of my family.”

Since March 10, Michigan has seen more than 129,000 COVID-19 cases and 6,800 deaths. The Michigan Department of Health and Human Services, the Centers for Disease Control and Prevention and the World Health Organization all now recommend cloth masks be worn over the nose and mouth, along with hand washing and social distancing, to slow the spread of this virus.

Under his epidemic authority, MDHHS Director Robert Gordon issued an Emergency Order on Oct. 5 under MCL 333.2253 restricting gathering sizes, requiring face coverings in public spaces and places limitations on bars and other venues.

“This is ultimately about standing tall for the people who serve our state,” Gilchrist wrote “Our members are elected to serve in these Chambers, their staffs serve in critical support roles, and the media have a duty to inform the public about the actions of our government. They deserve to know their safety is respected by their leadership.”