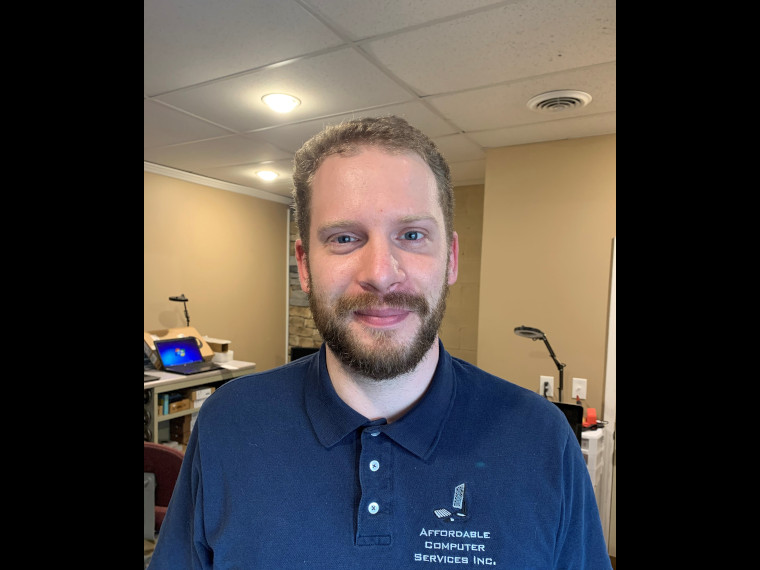 Photo: Michael Hayden, 31, of Fenton, whose business was one of many affected by the spread of coronavirus.

Michael Hayden, 31, is the owner of Affordable Computer Services, which is based in Fenton, Michigan. He and those associated with his business were impacted by the spread of COVID-19.

Hayden has two sisters, who are each married with many children. He also has a brother whom he believed he was exposed to COVID-19 by.

“I believe I was exposed by my brother, who lives with me,” Hayden said “He had all the symptoms after being exposed at work. He works in the Walmart Pharmacy.”

Shortly after he believes he was exposed to the deadly virus, Hayden had a low-grade fever, tight chest, difficulty breathing after even pouring a box of cereal, a cough and extreme fatigue.

“My symptoms lasted about five days,” he said. “I was unable to get tested. When I called to see if I could get the test, I was told that there were not enough tests available. Due to my age and lack of a high fever, I was not considered high enough risk to warrant a test. This was late in March when testing was not yet widely available. I was instructed to quarantine for two weeks.”

Hayden described the quarantine as “boring”

“I had to close my business during quarantine,” he said. “My church is amazing and made sure I had food and supplies. I spent my time sleeping and playing video games.”

Hayden did not have to be hospitalized. He did not receive convalescent plasma treatment or take remdesivir. In fact, he is not 100% certain he had the virus, though he had to close his business.

“I quarantined for two weeks before resuming work. We estimate that we lost about $2,000 gross during the period that our store was shut down while we were sick. Total, thus far, the COVID-19 pandemic has costs us well over $6,000, even with our store being open since April 6th, because of reduced hours.”

Hayden said he considers what happened one of the risks associated with owning a business.

“Two of my employees filed for unemployment. Both were denied, and later they were able to receive assistance. Fortunately, due to them being able to get assistance, they were able to keep up on their financial responsibilities. I applied for what I thought was the forgivable federal loan. However, the link that was sent to me was incorrect, and I applied for the wrong loan and did not receive assistance.”

Hayden and his employees are not alone in having to adjust to reduced hours. Hayden said he hopes he can be of assistance to those who may need support since he believes he is now immune to the virus.

A Day at the Lake, Get Your Youth Signed Up!