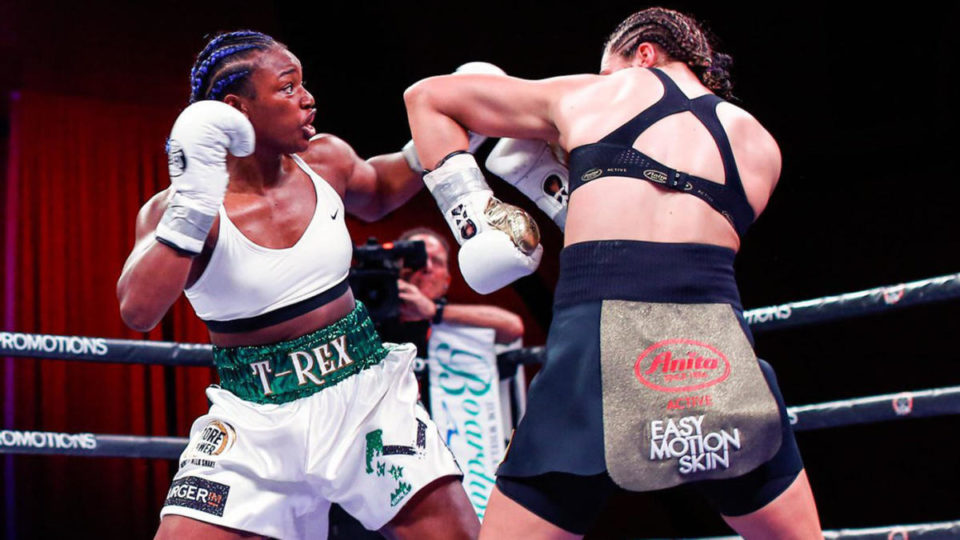 As the first two-time Olympic gold medalist in U.S. amateur boxing history, Flint’s own Claressa Shields has never been one to pull any punches when talking about her own greatness. Shields, the undisputed women’s middleweight world champion, began referring to herself as the best pound-for-pound fighter in the sport after turning pro in 2016.

Shields dominated the fight to beat Christina Hammer to win a unanimous decision to claim the undisputed title. Two judges scored the bout 98-91, both giving Shields a 10-8 score in the eighth round, even without a knockdown.

It’s hard to consider it an overstatement, when the brash, Flint town native refers to herself as one of the greatest. She has the receipts to back up her claim. Shields referred to this middleweight bout, fought in Atlanta City, New Jersey, the most renowned in women’s boxing history.

Claressa unified her three major belts with the one she took from Hammer. The fight was originally scheduled for November 2018 but was postponed due to Hammer getting sick.

Shields (9-0, 2 KO’s), has become the second woman of the four-belt era to win all the major world titles in one division. The other is women’s welterweight world champion, Cecilia Braekhus.

Hammer, now 24-1, saw her impressive run come to an end in Atlantic City. She won a world title at super middleweight in 2013, maintaining a middleweight title since 2010; and was making her 13th defense.

“I didn’t fight very good or fast,” Hammer said. “That’s boxing, anything can happen.  I wanted this fight. She won, respect to her. She’s a tough, strong woman, and that’s all I can say.”

Hammer got off to a good start by landing several clean straight shots in the opening round as Shields was seeing what she had in front of her, before taking over the fight. “I was just calculating, what is her jab like, how fast is she? I was just calculating in the first round, and after that, I started picking her apart,” Shields said.

While Shields avoided most of Hammer’s punches, she landed solid right hands and had taken Hammer totally out of her game by the middle of the fight. Hammer wanted to go forward but wound up backing up because she was met by so many of Shields’ punches to the head and body.

The eighth round was totally Shields’ as she caught Hammer along the ropes with a hard-left hand, knocking her mouthpiece out. A stunned Hammer had a look of bewilderment, glancing at the referee as if to ask, “What just happened?” Referee Sparkle Lee called a timeout to replace it, but Shields was right back in Hammer’s face, nailing her with hard rights to the face and cheek.

Shields has wasted no time looking ahead to the next big fight she wants.  Among them are Norway’s Braekhus (35-0, 9 KOs) or England’s Savannah Marshall (5-0 3 KOs). Marshall, a super middleweight was the only woman to defeat Shields in an amateur fight.

“I want either one,” said Shields. “Women’s boxing, we’re on fire. I cannot wait to see the next super fight. Right now, I’m the undisputed champ.”

The Tiger Pounces On Another Championship

Speaking of champions, Tiger Woods won another major golf title. Winning this year’s Masters Golf tournament is the greatest sporting comeback of all – a journey that has included career saving spinal fusion surgery and personal issues that threatened to bring an end to his career.

This is Tiger’s fifth green jacket, but his first major win in 11 years. “It’s hard to comprehend right now,” said Tiger after the win. “I’m still trying to enjoy it and figure out that I actually won. I know I have the green jacket on, but it’s going to take a little time to sink in.”

Only when he tapped in his final putt did Tiger let loose with a shout of victory. He found his family and hugged his children, his mother, and his girlfriend. “I did the same thing to my dad and now I’m the dad with my son doing the same thing.”

The victory puts Tiger just three majors behind the all-time record of Jack Nicklaus. Only Nicklaus has won more Masters, with six. Woods also joins Nicklaus as the only player to have won the Masters in three different decades, after winning his first at 21-years-old in 1997.