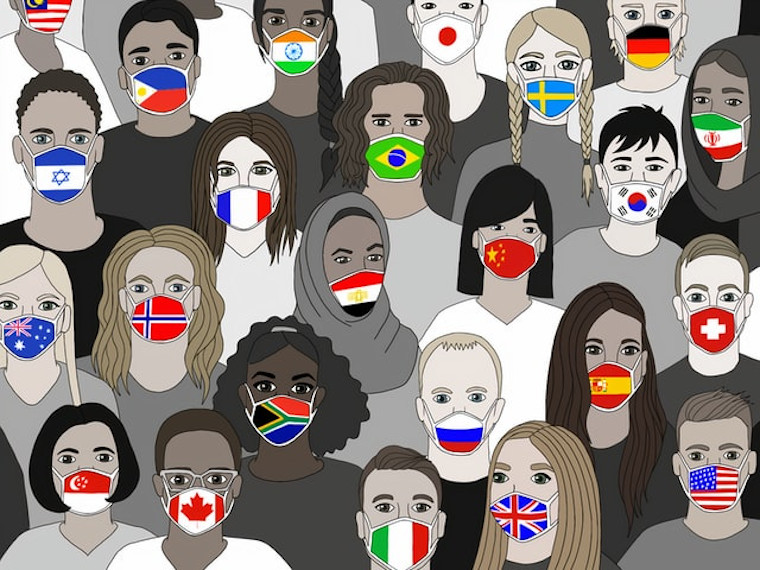 Adam Johnson* did not initially think any of his loved ones would be affected by COVID-19. There were three people living in his household when the pandemic hit Flint; Johnson, his stepmother and a friend of the family.

According to Johnson, those in his household were constantly monitoring themselves, wearing masks, being careful about whom they let in their house and making sure anyone who entered the home had on a mask. The house has four bathrooms, including a guest bathroom. So, the house residents were not sharing a restroom.

Johnson said Jerry Reid,*a family friend, was tested for COVID-19 when he went to the hospital.

“He had just left his son’s funeral and went to a family reunion after the funeral,” Johnson said. “He got overheated at the family reunion because of his heart. He had a bad heart. So, that’s why he went to the hospital. He wasn’t feeling well.”

After about four days of Reid being in the hospital, Johnson and his stepmom received a phone call. They were told Reid had tested positive for COVID-19 and that they should quarantine. Johnson was shocked. Both Johnson and his stepmom tested negative for COVID-19 at a later date. It is not known whether Reid had COVID-19 in the home and was asymptomatic or if he contracted the disease at the family reunion.

Reid had survived three heart attacks. He also had a heart monitor.  He had just had coronary bypass surgery a week before having to attend his son’s funeral just before having to go back to the hospital.

Reid’s sister was getting reports from the hospital and told the household her brother was not doing well.  His heart was weakening. Reid eventually died in the hospital about a week and a half after being admitted.

“He had a pacemaker. He had three heart attacks before the corona existed, and then he got another bypass on his heart. That means he ‘burned out his heart’ before the corona ever existed. If corona came along and affected you, common sense would tell me that would add more strain to the heart. He went to the hospital and he didn’t come back out. Just like all the nurses are catching COVID at the hospital, I think he caught it at the hospital. The nurses are doing the best they can to keep from catching it. But, as you know, some nurses are dying from it, and some are not dying from it.”

“This man had three heart attacks. That almost killed him. You can’t have three major heart attacks then they patch you back together. Then, all of a sudden you’re about to have another heart attack, but they had to do a bypass to keep you from having it. So, you’re walking on death row. When you get a disease like corona, which is a deadly disease, that disease doesn’t have to be the disease that kills you. But, that’s not the disease that’s going to make you healthy. There probably was some effect of the disease. That took his strength away.”

Johnson said Reid was a good person. According to Johnson, he did drink a lot, which he said could have affected his heart.

“We talked a lot. He expressed a lot of things to me. He never bothered anybody. When he had a problem, he would always come to me and say ‘Adam, can I talk you for a minute?’ and he’d tell me certain personal things. I think about Jerry a lot. I was telling my stepmom the other day, I can’t believe Jerry is deceased.”

Johnson has a message to share, especially with those with pre-existing conditions, in regards to coronavirus.

“Be very alert to it. That means wear your mask. That means understand how the disease spreads. Get fully intelligent. Educate yourself on how deadly it is. Understand the reality that the coronavirus will kill you. I see many people who don’t wear masks. I feel that maybe it is safe when you’re out jogging. But, use your intelligence. Corona doesn’t care if you’re young, if you’re old, if you’re Black or if you’re white.”

Johnson reminds Flint Courier News readers more Blacks are dying due to coronavirus than other races.

“Black people have more medical problems: high blood pressure, bad heart, bad kidneys. As Black people we have to be more cautious because we have pre-existing medical conditions.”

(*Names have been changed.)