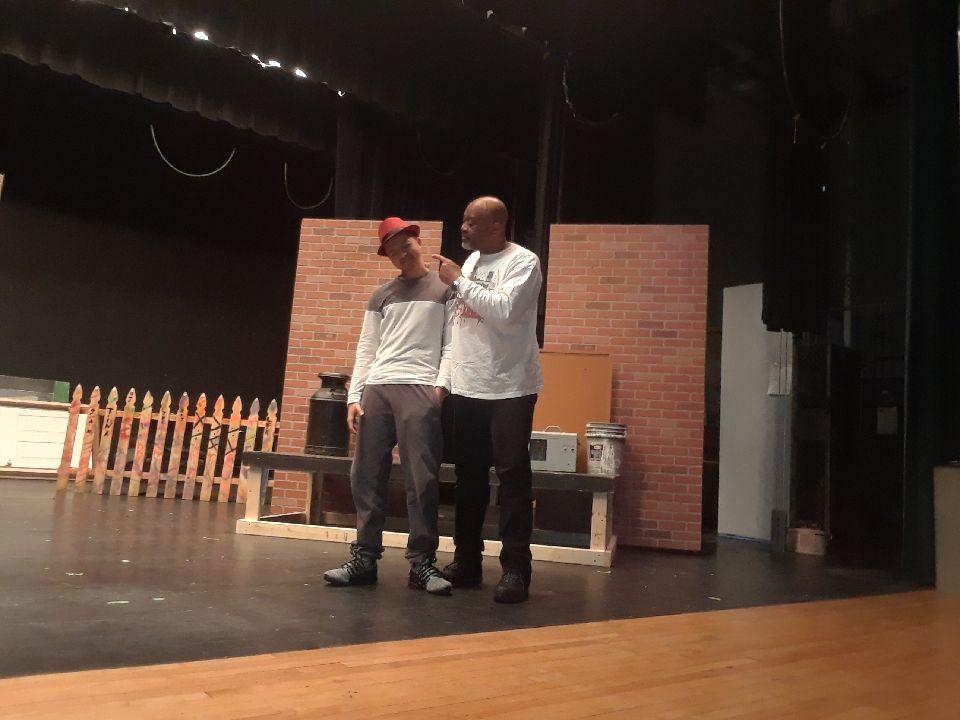 If you missed The Saints of St. John Street the first time around, you won’t want to miss it again! The “New” McCree Theatre, is presenting encore performances of the original drama, The Saints of St. John Street., written by McCree Theatre’s own executive director, Charles H. Winfrey. The play features drama about serious and not so serious topics, music and comedy. It is based loosely on the childhood memories of Winfrey growing up on St. John Street, in the city of Flint. It will run February 20 – 29 with performances on Thursday and Friday at 7 p.m. and on Saturday at 2 p.m. and 7 p.m.

Cathye Johnson, artistic education director for McCree Theatre, directs all the season’s shows, but said this particular show is exciting because of the caliber of the actors that are in the show. She said many of them have had over the top experiences, and it helps them perform 100 percent better in the show.

“Those who have the least amount of experience even make you think they’ve got a lot of experience, which are those who make up the Saints. So, the show has a nice rhythm to it, and it goes very smoothly,” Johnson said.

There are not a lot of set changes. There are just light changes.

“It’s a story of a community, and we’ve lost that context in life about community; where you can go outside and play with your own baseball team in your neighborhood,” Johnson said.

The show talks about a now defunct neighborhood. The show cast went to the old St. John area the first time they did the show. Cast members said it’s fenced off and “there’s just concrete.”

“We saw where the steps are where houses used to be. There’s nothing there except for the center, but it was a very flourishing community that was totally wiped out. Without this play we wouldn’t have known the St. John Street even existed.”

“The first time we did this play we had a woman from the audience tell us she was the real Slap God Almighty; one of the characters in the play, also known as Elmira” Smith said.

Phillip Young is the music director.

“What we’re doing is just giving you the effect of how guys would get together on the street under the streetlight and do what we call doo-wop singing. We took a song that’s written by Charles Winfrey about St. John Street and we put some doo-wop to it. It sets the atmosphere. It sets some realness to it. That’s what we did. I say we because I did it, too,” Young said.

Young will perform on stage with a five person group called the Calvacades.

“There are a couple young boys who take interest in what we’re doing and later in the show they even join in and kind of add their young flavor to it.”

Tony Jones plays Bumbettle and said it’s fun to watch different personalities clash in the play, as well as work together.

“Bumbettle is like the coolest dude in the city. Charles told me this is a real character; a real guys. He’s got a lot of ambition. He feels there is nothing else here for him,” Jones said.

Jones calls the tension caused by his relationship with a neighbor’s daughter “typical young guy stuff.”

“This play is family friendly. It does deal with some themes of racism. Everyone can learn something from it. It’s enjoyable. It’s funny. It has heart-and can get a little intense. It has something for everybody.”

Tickets for the Saints of John Street can be purchased for $5 in advance or at the door at the McCree Theatre, located at G-2138 W. Carpenter Road, on the Northwestern Campus.

Dr. Nita Kulkarni to be Honored by Boys & Girls Clubs of Greater Flint