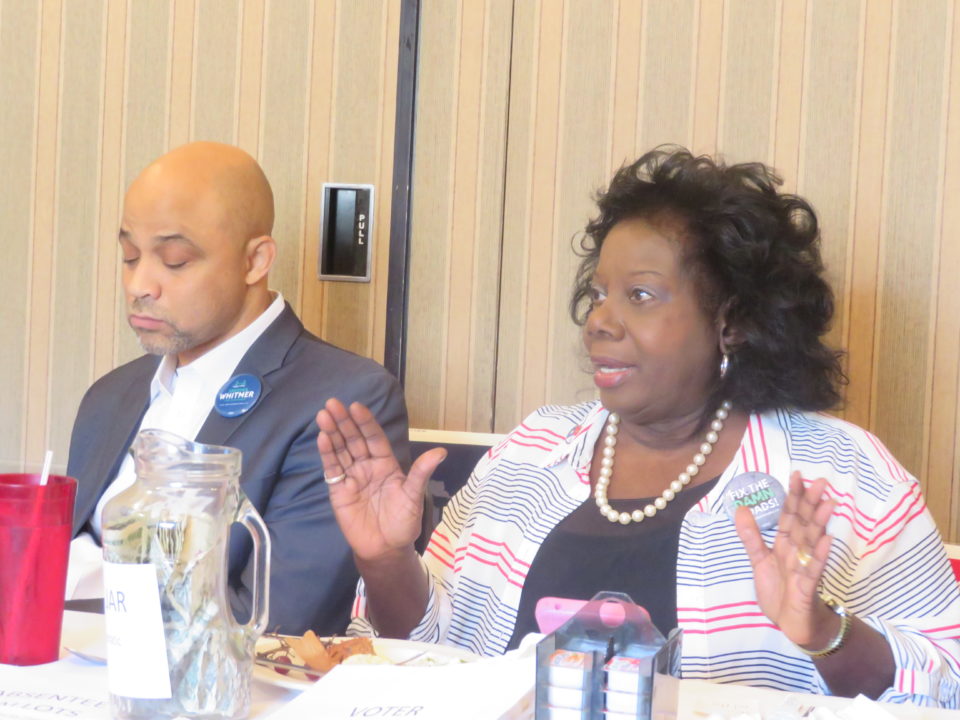 “The main strategy is to get folks out to vote. This is the most important election ever,” Senator Hood said.

Genesee County Commissioner Brenda Clack said it is imperative that the party’s message reaches the public and that they are encouraged to go to the polls and support democratic candidates.

“We need to get out to Dollar stores, grocery stores, party stores, everywhere and let people know this is very important,” said Commissioner Clack.  “We need everyone to get involved and make their voice count. “We’re about winning, and we also need to support our candidates,” Commissioner Clack said.

The MDPBC also discussed the impact that the ban on Michigan straight-ticket voting could have on the elections.  The U.S. Supreme Court recently denied a request to preserve straight-party voting in Michigan.  Prior to the ban, voters would have the option to check a box to choose all candidates from a single party.

Keith Williams, chair of the MDPBC and a former Wayne County commissioner, reiterated the need to reach out to the young voters.

“No one is talking to the young folks. We got to do a better job to get them out to vote,” said Williams.

A significant number of Americans will skip the 2018 elections according to a poll from Suffolk University and USA Today.  The poll surveyed Americans who aren’t registered to vote or who are registered but say they’re unlikely to cast a ballot.  In the 2018 midterms, which will elect US Senators, members of the House of Representatives, Governors and other statewide officials, non-voters could top 150 million and by some estimates may reach 160 million, according to the poll.

Michelle Obama Launches 10-City Tour For Her New Book That Will Be Published in 24 Languages!