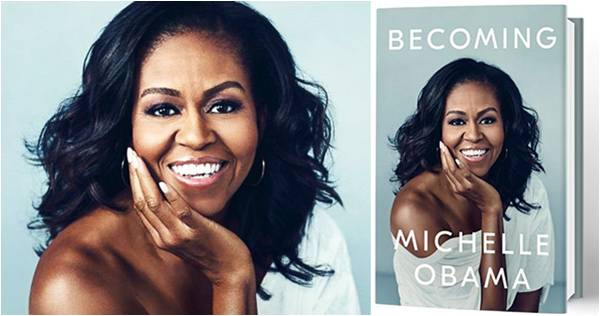 Michelle Obama Launches 10-City Tour For Her New Book That Will Be Published in 24 Languages!

Former First Lady Michelle Obama is releasing a new memoir entitled Becoming, and is already planning her 10-city book tour. The book will be released in the U.S. and Canada in print and digital formats, and an audio edition of the book, read by her, will also be issued in digital and physical formats.  The book will be published simultaneously in 24 languages around the world. Some of the languages include Spanish, German, Portuguese, Danish, Arabic, Hebrew, Greek, Japanese, Korean, Indonesian, Vietnamese, Simplified Chinese, and more.

The tour is set to begin on November 13, the day the book releases publicly, in Obama’s hometown of Chicago. Mrs. Obama is scheduled to visit Little Caesers Arena in Detroit on Tuesday, Dec. 11.  Visit https://becomingmichelleobama.com/ for ticket availability.

The memoir is a work of deep reflection and mesmerizing storytelling. Obama invites readers into her world, chronicling the experiences that have shaped her – from her childhood on the South Side of Chicago to her years as an executive balancing the demands of motherhood and work, to her time spent at the world’s most famous address.

With unerring honesty and lively wit, she describes her triumphs and her disappointments, both public and private, telling her full story as she has lived it – in her own words and on her own terms. Warm, wise, and revelatory, Becoming is the deeply personal reckoning of a woman of soul and substance who has steadily defied expectations – and whose story inspires us to do the same.

For more details and/or to pre-order the book on Amazon, visit https://amzn.to/2CWUGKF

Michigan Expanding Access to COVID-19 Vaccine to Michiganders Ages 16 and Older with Medical Conditions, Disabilities Starting March 22 With All Michiganders age 16 and up to become eligible April 5