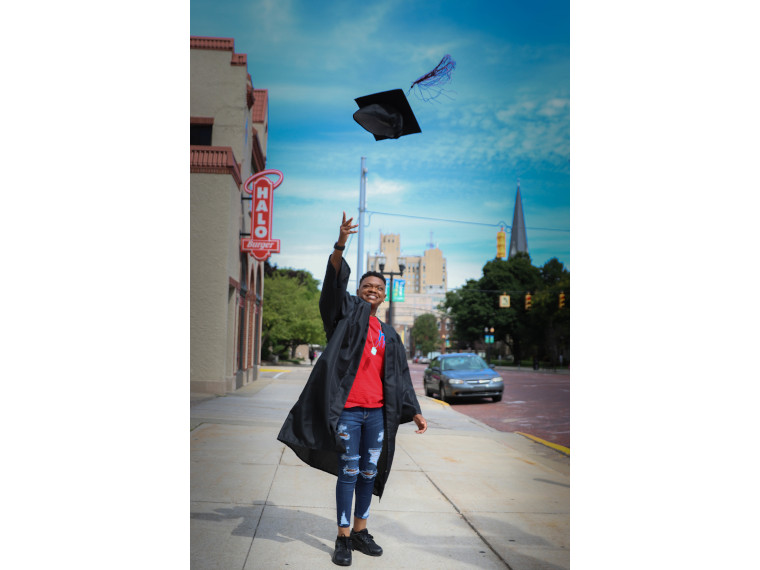 It may have been fate for two college classmates to reunite and be allowed to put their heads together to come up with a community service project that for the second year will help graduating high school seniors to feel celebrated and honored despite the pandemic.

Jennifer James and Alvin Brown Jr. were both part of the Adopt a Senior Group when COVID hit. James was unable to “adopt a senior” because she had to go back to work. So, she posted an ad on the Adopt a Senior Facebook  page. She said she’d be willing to take free senior photos on her day off and received a good response.

“So, I was trying to look these kids up on that site and I ran across Alvin’s post that said the exact same thing,” James said.

Having attended Mott Community College with Brown, where she and Brown were both in the photography program, James decided to call her former classmate to see if she and Brown could work together.  According to James, there were an overwhelming number of people who responded to her ad with interest and it would have been difficult or impossible to do it alone.

James and Brown had a conversation in which they came up with several ideas. Soon, their vision became a reality. They called the project Walk N Shine.

“The name Walk N Shine was created with a thought process of-when it comes down to the youth who are graduating from high school and knowing that each of these students they all had their individual journeys going through high school, and everybody’s journey is going to be different,” Brown said. “Some have it easier than others. A lot of times a lot of the students have challenges that makes it hard on them to be able to get through high school-whether it’s dealing with family issues, issues at home, relationship issues, academic issue, peer pressure, a lot of things that can pretty much make it hard for any high schooler going through high school. (And) we want to recognize the fact that for those kids to go through those challenges and be able to still make it through high school and transitioning into their next phase in their adult lives that is going to be their time to take charge and to lead into becoming the next leaders, to becoming the next creative innovators.  They already have walked the path, and it’s their time to shine-like we all walked our paths in high school. (And) it was our moment to shine once we entered into our adult life. So, that’s where Walk N Shine came from.” 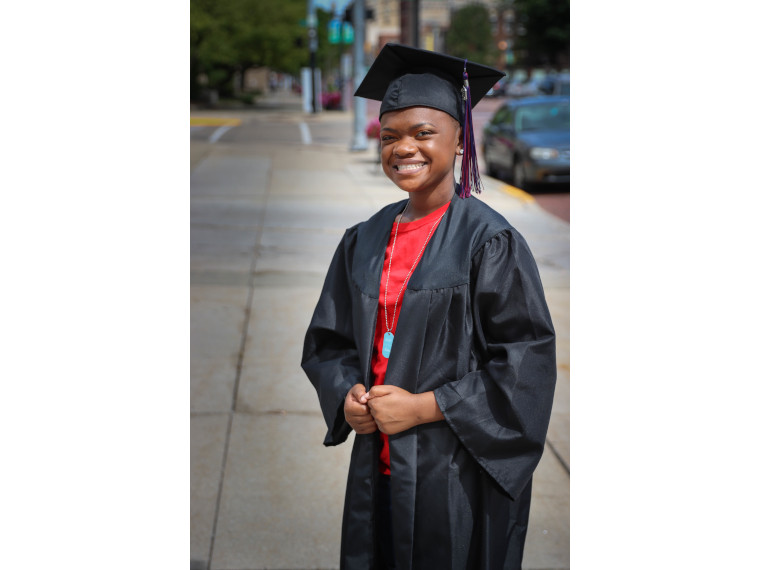 Besides promoting the project on the Adopt a Senior Group Facebook page, James and Brown collaborated and came up with an idea that was very similar to a program called Help Portrait, in which photographers took free family photos on the campus of Mott Community College. Since James has a daughter, she said she could imagine what those who graduated high school this year are going through.

James also reached out to a clothing line that donated clothes.  Bob Rentschler, a photography coordinator for the Mott Community College photography program, connected James and Brown with Cannon USA, Inc., which donated cameras for the community service project. This allowed the photographers to take top quality photography images for the high school students. MaMang will provide food for the photographers and their assistants.

“It was just about making the kids feel special and letting them have a day that’s all about them,” James said. “There’s a lot of negativity going on in the Flint area and with COVID. We wanted to bring some light and some joy to everybody.”

Neither James nor Brown felt discouraged at any time during the planning or preparation of the event.

“I was determined to pull it off,” James said. “If we reached out to people and they said they didn’t want to donate, whether it was the clothing line or a food vendor, if anybody told me ‘no’ I didn’t take it personal I just moved on to the next person that I wanted to reach out to see if they wanted to take part.”

Thirty graduates took place the first time Walk N Shine took place, although the event was put together in only three and a half weeks. The photos were sent to the graduates by email. Google Docs was used last year in order to reach out to the graduates and get them to register. This year, a website was created for the graduates to register. Graduates are able to notify James and Brown if they would like to wear a Flint branded T-shirt from a local T-shirt vendor and for females, they can let them know whether they would like light makeup applied for them. 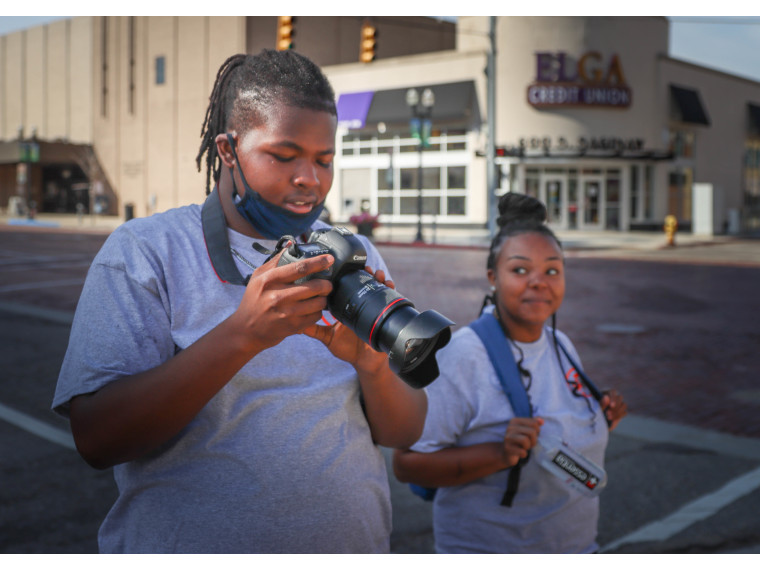 There is a group made on Facebook for the event, it has been shared on various social media outlets, James and Brown have reached out to the schools where they teach photography and flyers have been passed out. At least 20 graduates have already signed up to be photographed.

“I know some of these kids are still affected by Walk N Shine because I still talk to several of the kids that took part in it last year,” James said.

Brown said they are “totally are planning to continue this event from years on.” His hope is the project will grow and become a safe space for the high school graduates.

For details about being photographed this year or being part of the event as a photographer next year email walknshine2020@gmail.com. 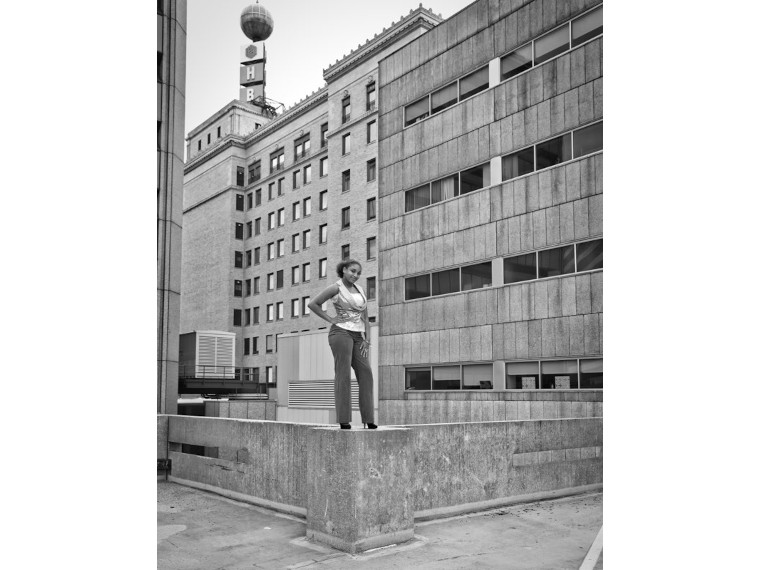 What to Expect When You Return to the Office