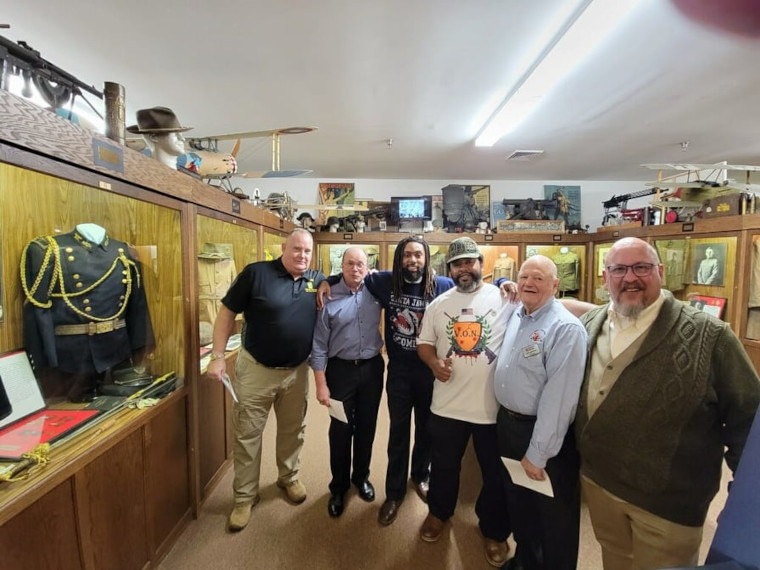 The reason why our country is so safe and comfortable is because of the sacrifices of the veterans and the ultimate sacrifices of those that never come back, pointed out George Grundy the executive director of Veterans of Now.

“We go out and we fight for others,” Grundy said. “But we need to fight more for those that we have here, such as veterans, such as the underprivileged and those that are economically disadvantaged-in order to make sure that we all lift up with the tides that are rising.”

Grundy was 29 when he joined the Marine Corps.

When Grundy got out, the biggest obstacle he had was transitioning, which is why he created VON.

Grundy ended up homeless and needing assistance that was not given.

“It’s a brutal shot and a reality check, like trading a Lamborghini in for a station wagon.”

Some of the issues veterans develop while transitioning can include mental health issues, addiction, homelessness and even criminal behavior, according to Grundy.

Grundy said people who are being paid to do a job should do it with care and concern because the people that they deal with are in need.

Besides VON, Disabled American Veterans (DAV) exists to assist veterans. DAV Commander George Cannon said it is a common misconception that to receive services from the DAV one must be disabled. The DAV provides rides to and from Saginaw or Ann Arbor, provides food, has vet-to-vet meetings and helps the veterans’ families even after the veteran has died.

Dr. George Washington Carver/Leo R. Crow VFW 8236 holds its meetings on the third Saturday of each month at 10 a.m., among providing many other veterans services.

According to the county’s website, gc4me.com, Genesee County has a veteran population of 24,919. The county currently has the fifth largest veteran population in the state. Yet, many of these veterans have gone forgotten holiday after holiday.

State Representative Cynthia Neeley, of the 34th district, said veterans are always on the front line, continuing to fight for our country and keeping our country safe.

“These veterans deserve everything we can do nice for them” said Mayor Sheldon Neeley.

VON held a motorcade from Flint to the Michigan Heroes Museum, a museum which honors veterans, located in Frankenmuth, on Veterans Day, earlier this month. There are items from several veterans from Flint on display there. For example, Grundy and Marine Veteran Derico Cooper’s uniforms are at the museum.

Delores Johnson, member of Veterans of Now (VON), said there were not a whole lot of people who were celebrating veterans on Veterans Day.

VON held their first event on Veterans Day. They had a POW (prisoners of war) and MIA
(missing in action) table “for those who haven’t come home, who are still waiting to get home and will never get home.” WWII Veteran Lee Newby, WWII SSGT Eddie Johnson and Air Force Veteran Pastor Bobby Jackson, director of Mission of Hope were honored. Master of Ceremony Veteran Derico A. Cooper, Military Veteran Art Woodson, Icelinn Wallace, Service Officer Raymond Jefferson and Veterans Frank Hairston and Eddnora White were among those who participated in a ceremony at Berston Fieldhouse.

VON is one of several local veterans’ organizations providing services year-round and was created to be “a beacon of light and a path back to clarity,” according to Grundy.

Feeding the people in the midst of a pandemic