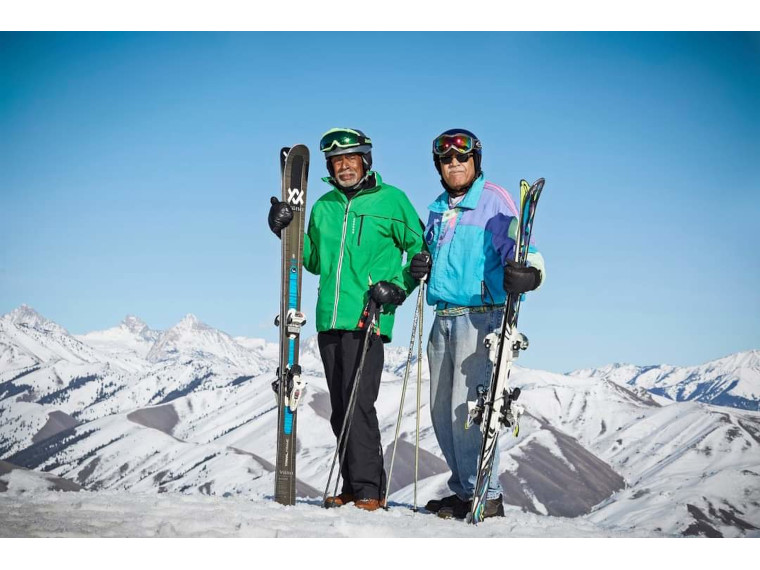 Bethany Collins, marketing and communications director for the National Brotherhood of Skiers (NBS) recently talked to the Courier about how the NBS is making the effort of introducing Black adults, as well as children, to skiing and snowboarding. She said skiing had previously been known as a “white man’s sport.”

A Michigan skier, Brian Rice, was highlighted in the Warren Miller film “Daymaker” in 2022. Miller is a world-renowned filmmaker who has been highlighting skiers throughout the years from around the world.

“This is his first year highlighting the NBS and highlighting African-Americans skiing,” Collins stated. “I grew up watching his films. It was really refreshing to see us highlighted in his film!”

There are 55 clubs within the NBS, including one in Flint. The oldest African American ski club in the nation is the Jim Bandy Ski Club, which is based out of Detroit. Umoja Ski Club is based out of Saginaw. Diamond Ice is based out of Portage, and Solstice Sports is still based out of Flint.  So, there are four ski clubs in Michigan.

The NBS is celebrating its 50th anniversary in February! The theme is 50 Years of Soul on Snow.  All the ski clubs will gather at one location. It will be not only a chance to celebrate, but also an opportunity to see the NBS Team athletes in action as they will participate in ski competitions.

Participants will enjoy a Gospel Fest.

During the NBS Opening Ceremony Parade, all the clubs are lined up by region and march through the town of Vail. The groups will meet at a designated location where speakers will address them. Paul Goodloe, a meteorologist for the Weather Channel, will be an emcee for the event. The mayor of Vail will be speaking, along with other distinguished speakers.

Youth activities will include skiing and snowboarding races, a movie night, a scavenger hunt and a fashion show sponsored by Spyder.

Skiing clinics will include uphill skiing for women and other clinics, and NBS certified ski and snowboard instructors will be on the hill offering instructions.

A 50th Year Gala will also take place in Vail.

Vendors from around the U.S. will be selling clothing and equipment.

Former Grammy award winner Ne-Yo will even perform one evening.

The event is the organization’s biggest fundraiser for its Olympic Scholarship Fund. Collins said a goal of NBS is to get more Black children and people of color to be part of Olympic teams, as well as to win medals in the Olympics and other international competitions.

The NBS received a grant from Vail Resorts and the Katz Foundation.

“They saw a need to really saw a need to push to get winter sports more diversified,” Collins explained. “So, the NBS was the recipient of a grant called Epic for Everyone. So, basically, it’s a winter sports outreach program. Nine clubs within the Midwest region, as well as the Eastern region, received funding to introduce the snow sports, typically skiing and snowboarding, to more children of color and African Americans of different communities where ski clubs are located.”

The program just started this month. The clubs that are participating have the opportunity to execute the program from January to March.

Collins points out when a person joins a club, they have opportunities to ski at a discounted part.

“Skiing is an expensive sport,” she added. “A lot of times, if you’re part of a club, members will donate equipment to you or sell it to you at a low cost. Same thing with clothing. When you go out to the different ski areas to ski, you get a discount because you’re part of a group.”

Collins said skiing is for everyone.

“It’s not just for people of a certain ethnic group. There are opportunities out here to make it affordable for individuals who may want to try skiing or snowboarding for the very first time. It’s a good family sport, and it gives you something to do in the wintertime.”

For more information on the Soul on Snow event and its activities, as well as NBS scholarship opportunities, visit nbs.org and look under the Summit 2023 tab!

Light to find yourself