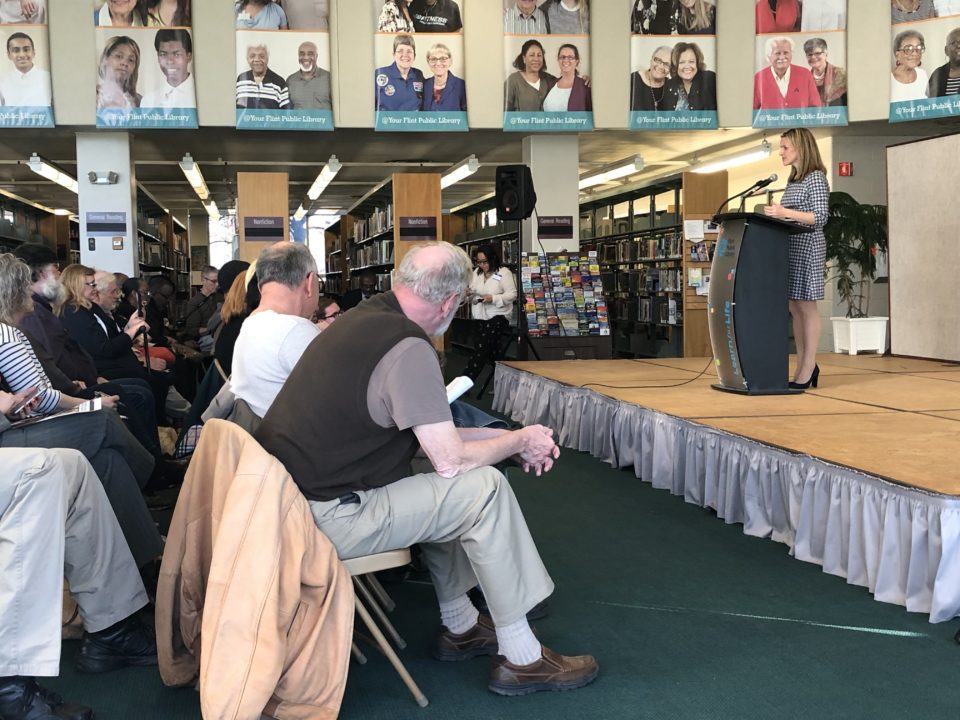 Secretary of State Jocelyn Benson hopes to restore public trust in state government.  Speaking at a town hall meeting held at the Flint Public Library on Tuesday, April 23, Benson said Michigan has been on the wrong track on government transparency.  She said the Center for Public Integrity found that Michigan has the weakest transparency and ethics laws in the nation.  Benson has set forth several goals that she believes will produce a transparent and accountable government.  Her initiatives, which will require legislative collaboration, include full disclosure of all money in politics; expansion of the Freedom of Information Act so it applies to the governor and the legislature; and personal financial disclosures from elected officials.

In an interview with the Courier, Benson said the road to improving democracy and ensuring that all voices are heard begins in Flint.

“We have a lot of work to do to ensure that the citizens of Flint are heard. Nowhere in our state and even our country do we see the results of people not being heard than in Flint where you can’t drink the water and where schools are not adequately and effectively educating our students and preparing them to take on the world. We can change that by making democracy work better, and it starts here in Flint,” she said.

Benson’s visit to Flint is part of her transparency agenda, which includes ongoing conversations with residents at town hall meeting across the state.

Four lives lost to violence in Flint the day after Christmas