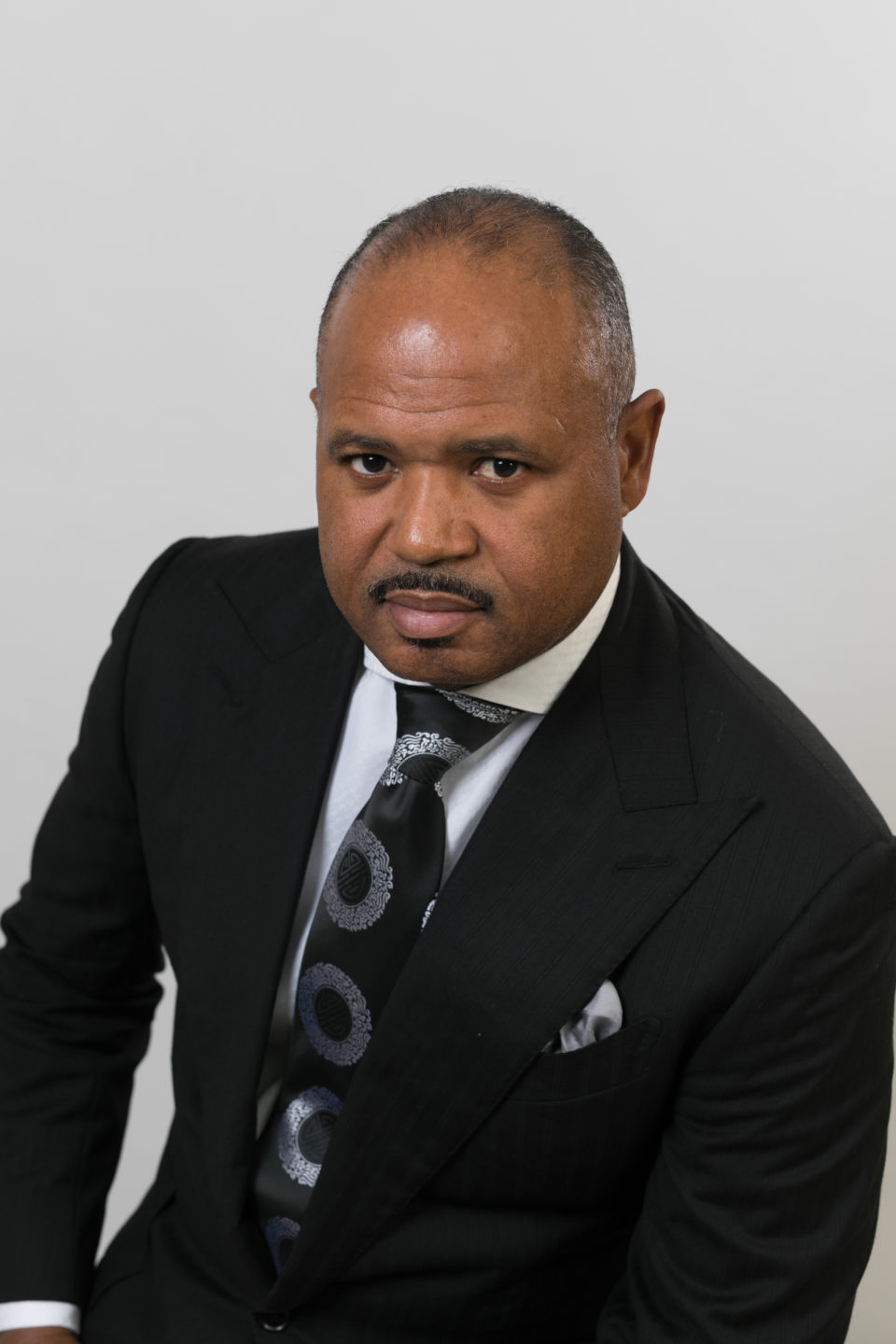 Photo: Dr. Herbert Miller; pastor of Metropolitan Baptist Tabernacle, is among those advocating against the formula used to determine special education funding in Genesee County.

About a dozen members of the public again participated in the citizen participation portion of the Feb. 11 meeting, with most of them voicing out their opinions about the unfairness of way monies are distributed among Genesee County school districts for special education. The room was almost totally full of community members at the Genesee Intermediate School District (GISD) Board of Education’s special meeting; with the main topic of discussion being the fact many community members feel the three-part formula used to determine how much each school district in the county is given for special education allows for the Flint Community Schools district to be underfunded-based on the districts higher percentage of students receiving special education services. The high salaries of the administrators for GISD were also criticized.

Mezon Green; one Flint resident who spoke at the meeting, said what many people don’t know is a lot of Flint citizens go to city council meetings at start around 5 p.m. and end after 11 p.m.

“We are not aware of any formal objections to the formula prior to December 2019,” said Steven Tunnicliff, Ph.D. and associate superintendent of GISD.

Jerry Ragsdale, president of the GISD board of education said he believed the formula needs to be changed. He also said the board supports its superintendent.

“I do support the formula as it exists now in our Genesee County mandatory plan,” said Lisa Hagel, superintendent of GISD.

“While I do support the mandatory plan, I am also open to an Act 18 Distribution formula that uses a blended student count that includes multiple factors that could vary from general education, various special education headcount blends, poverty, unreimbursed special education costs or other factors that are educationally sound. Using only one factor as Flint is suggesting such as a full time special education student (FTE) in the formula increases the possibility of a district over identifying children for special education; especially a full day,” Hagel added.

“It could also eliminate exposure to general education experiences for the child and potentially increase the district’s overall special education costs overtime. Special education is a service, not a place and any formula needs to be designed to meet the needs of best practice and the best interest of the whole child,” Hagel said.

All the superintendents in the county have a meeting once a month. They must make a decision about whether this formula should remain approved. The meetings are closed and the public is not invited to come.

“Please know, we at GISD believe we have a shared goal of meeting the needs of children living in Flint, particularly children impacted by the Flint Water Crisis,” Tunnicliff said.

“To be clear, the need for continued support of children from birth through our K-12 system is a shared priority. However, long-term, sustainable solutions are neither simple, nor solely determined by the GISD,” Tunnicliff added.

The current GISD Special Education Mandatory Plan was written in 2004, added clarifying language in 2009 and was modified in 2011 and 2013. According to the GISD Special Education Mandatory Plan, the costs of operating center-based programs and services for children across Genesee County with the most significant impairments are addressed first. These programs are operated by the GISD on behalf of the local school districts in Genesee County and serve students across the county.

In their formal objection to the GISD Special Education Mandatory Plan, Flint Community Schools has suggested that the Act 18 Reimbursement Formula be based solely on special education full-time equivalent, which would eliminate both the total general membership count and the special education head count.

“Although this formula may result in the largest increase of dollars to Flint Community Schools, we are unaware of any other county plan in Michigan that uses such a formula. This may be due to the concern that such a formula could actually incentivize the overidentification of students with disabilities. Moreover, in terms of programming and placement, such a formula may actually discourage placement of students in the least restrictive environment—potentially taking us back decades in best practice for educating students with special needs,” Tunnicliff said.

Tunnicliff noted since the establishment of this formula in 2001, Flint Community Schools has received accumulative total of $16,221,478.99 of the $92,376,738.92 (17.56 percent) dispersed across all local school districts and public school academies. Grand Blanc Community Schools is the next largest recipient over this period of time, receiving $9,470,732.07 (10.25 percent) cumulatively.

However, several residents said the Flint Water Crisis was why they were at the meeting.

Hagel also presented the board with worksheets providing the inequitable value of one mil as of 2018, which showed the tax revenue generated by one mil to differ among counties.

“So, our tax dollars don’t go very far,” she said.

One resident said he found this upsetting and not to have anything to do with the formula.

Formulas used in determining special education funding take into consideration total populations outside of Genesee County, as well. For example, if there is a bill or payout to local school districts within the Saginaw Intermediate School District, the payout will be is prorated across the districts based on a blend of student membership count considering 50 percent of total membership and 50 percent of special education membership.

“It’s not just in Michigan, but it happens in the urban centers. They put in processes to get funding that ought to be going to the children in the urban centers, and somehow they figure out how to get it out to the counties,” said Dr. Herbert Miller, pastor of Metropolitan Baptist Tabernacle.

As of June 30, 2018, in the Special Education Fund the GISD had $11,510, 391. This is a larger percentage of its revenue (14 percent) than the percent of revenues held by other similar intermediate school districts, such as in Saginaw, where about seven percent is held. In the Special Education Projects Fund the GISD also had $11,738,845. Miller said some of these funds should be distributed among the school districts or given specifically to the Flint Community Schools district due to hardship in the city.

Miller said some students from some Flint students attend schools outside of Flint where there are more resources for special education services, but some parents cannot afford to take their students outside of the city.

He has been diligent in his efforts to get the current formula used for determining special education funding in the county changed. He has been in contact with the superintendent of the Flint Community Schools district.

Miller also sent a copy of his letter to the Michigan Department of Education and spoke to one of their board members requesting assistance in the matter.

“It’s time out for the systems we have in place contributing to the demise of our urban centers,” Miller said.

Claire McClinton, Flint resident, said the meeting was held on the anniversary of the end of Flint Sit-Down Strike of 1936-1937. Once called “the strike heard round the world,” the first major labor dispute in the U.S. auto industry ended after General Motors signed a contract with the United Auto Workers Union on February 11, 1937. After 44 days of striking, GM President Alfred P. Sloan Jr. announced a $25 million wage increase to workers and recognition of the union. McClinton said Flint residents will be just as thorough when protesting this matter.

G Spa to bring beauty and vigor to Flint