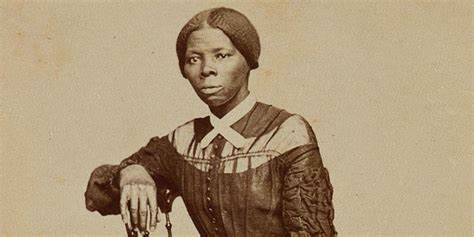 Many attendees said they were amazed to see the number of people who attended a Feb. 12 free screening of the movie Harriet at Flint West 14.

“This was our fifth screening of Harriet for Black history month and the best turnout we’ve had for a movie in Flint,” said Kimberly Bishop, associate state director for AARP, which hosted the event.

The beginning of the movie was set in Bucktown, Maryland in 1849. Araminta “Minty” Ross is newly married to a freedman, John Tubman. The couple is shown laughing and kissing-and an audience member would likely assume they did not want to ever be away from each other.

The tone changes. Ross tells her slavemaster that she and Tubman want their children to be born free and present paperwork from a lawyer to Mr. Brodess; the slavemaster. Though Brodess’ great-grandfather had agreed to give Ross’ mother her freedom when she turned 45 and she is now 57, Brodess tears up the documents from the lawyer, telling the family they will always be slaves.

Ross prays God change or strike down her slavemaster. Her prayer is answered when the slavemaster dies.

The praying continues throughout the movie and is a major theme of it.

Black spiritual songs are also sung throughout the movie.

“Keep your hands on the plow. Hold on,” the slaves sung.

Tubman talks to Ross about the two of them running away together. Soon after, however, Ross flees by herself. She is given instructions by her reverend. After being found and trapped on both sides of a bridge by Whites who intend to take her back to the farm on which she was a slave, she jumps into the water and is believed to have drowned. She is helped by Blacks and Whites, males and females in this movie, but most importantly to her, she considers the Lord her guide. Ross changes her name to Harriet Tubman and is also known as Moses, leading some to believe she was a White man wearing Black face.

“I had seen pictures of her. I knew she helped run the Underground Railroad. But, when I saw the movie I thought ‘what a woman!’ When I got here I also realized they were showing the movie for Black history month,” said Deanne Townsend, a resident of Genesee County, who attended the screening.

Townsend said she loved the way Tubman looked to the Lord in the movie and said God talked to her.

“That’s the way my life is. So, I could relate to that,” Townsend said.

Townsend also said she would consider the movie family friendly.

She said as she gets older she is more interested in history. She is now 78.

“When I was in school I wasn’t really paying attention. Now I like anything dealing with history, and most of my friends are that way, too.”

“It’s a great testimony to the strength and connectedness of the Black family. They went through whatever they had to to remain a family,” said Deanne Townsend’s husband, Gene Townsend.

Phil Spencer, who also attended the screening, said the movie Harriet was both some of what he expected and somewhat of a surprise.

“I know a little bit of the history of Harriet Tubman. Some of the stuff in the movie-I don’t know how true it is. From what I read, most of the stuff was pretty accurate,” Spencer said.

He said he didn’t know Tubman had spent time with the union soldiers before seeing the movie. He also said the movie gave him a new outlook on Tubman. The movie kept Spencer’s attention well.

He said he would consider the movie very family friendly, and he also liked the fact Tubman prayed throughout the movie.

“I thought that was sensational. It helped with the whole movie. I’m going to tell everyone I know to see this movie. I was talking to a friend who said she saw it twice. So, now I want to see it again.”

Harriet is now available on Blu-ray and DVD.

Back to School Rally to be held at Berston Field House