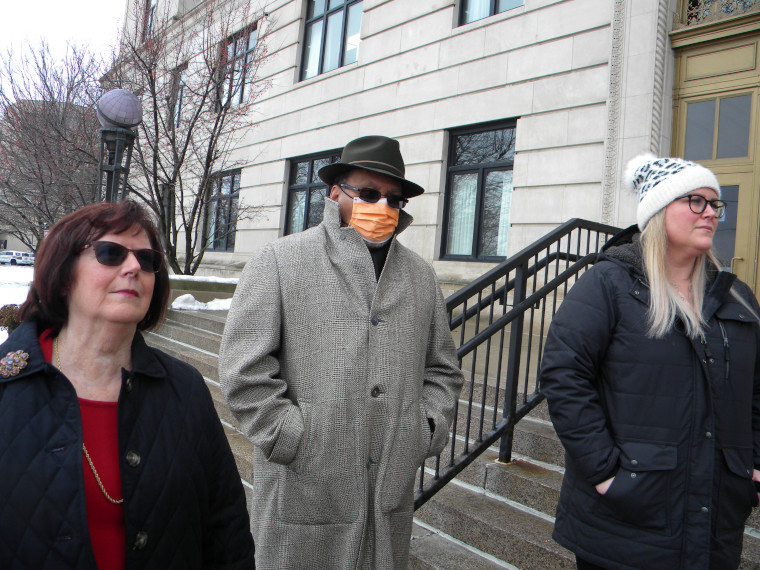 Recently plans to put a permanent monument on the Genesee County Courthouse lawn were announced by John Gleason, clerk/register of deeds for Genesee County. To Gleason, it is important that the monument is prominent, visible and able to endure for generations. He said there had been very consequential, historic icons on the property-and said they think they need the remembrance of those who have sacrificed the most. The group expected to be honored by the monument include doctors, nurses and frontline workers, as well as the deceased.

Funding for the monument is expected to be donation-driven. The Gleason Community Fund is dedicated to community efforts, and will put forth an effort to raise the money. They will also reach out to the hospitals, the community activists and the labor unions to help put together the funding for the program.

“When we get COVID, whether we have a young child that’s running a fever, or we have a sudden catastrophe in our family-a car accident-we just get in the ambulance, and we go to the hospital-without even understanding the process that’s going to be implemented nor the individuals that are going to be such an important part of our recovery,” Gleason said.

Gleason also said he didn’t think they would have any problem with the political process, getting it through the Genesee County Board of Commissioners and the court administration to place the monument in its proposed location.

Gleason survived a struggle with COVID last January. He described his encounter with a nurse while in the hospital.

“I’m sitting there; I’m really sick, and she’s taking care of me and others that are really sick,” he explained. “She’s sitting on my bed in tears. I said, ‘How’s it going?’ She said, ‘not good.’ She said, ‘After 12 hours, I go home. I undress in the garage. I take my clothes off in the garage. I go jump in the shower, and then I can go greet my family.’ Who can understand that? Who can even think you’d have an interruption in that family such as that?”

Gleason said this was a routine for the nurses, and that the monument was not about him.

According to the New York Times, as of January 9, an average of 711 cases per day were reported in Genesee County, a 131% increase from the average two weeks ago. Since the beginning of the pandemic, at least one in five residents have been infected, a total of 78,529 reported cases, the source says.

“One in about 349 people has died due to COVID,” said Dr. Lawrence Reynolds, former president and CEO of Mott Children’s Health Center, at the time of recent press conference.

“So, this hits close to home; and yes, we must remember the nurses, the doctors, the technicians-but we also have to remember the people who work in the labs, who are working overtime processing the tests,” Reynolds continued.

Ida Graham, an RN at McLaren Flint, said the nurses do a good job sticking together.

“We have critical staff shortages everywhere,” she said. “Some floors have four or five nurses, and the nurses are banding together and working together, and coming in and working overtime and living at the hospital to take care of everybody else’s loved ones. They’re with them at one of the times in their life that their family should be with them, and the nurses hold their hands & they’re there, and they do it every day.”

Lois Nickel’s husband Gary Nickel died due to complications with COVID in December 2020, a month before the vaccine was available. It was exceedingly painful for his wife not be able to be with him when he died.

“So, I am so grateful for the healthcare professionals that took good care of my husband, and I just applaud them,” Lois Nickel said.

Like all the speakers at the press conference, Nickel urged the public to take precautions.

“Please, get your vaccine; get your booster; don’t let this loss happen to you,” she begged.

Gleason said the last people to hold hands with, give a hug to, offer reassurance, or offer a prayer to God Almighty-are strangers that really were never intending to do the job they are doing now.

“When these young folks, when they were kids, like our daughter…when they wanted to be a nurse, in their early ages, they never intended to be part of this,” he added. “I think that we’re going through a lot of public and personal efforts today because, we had, I believe a national oversight (by not doing this sooner), that we’re trying to correct here locally.”

Gleason said though he is looking forward to a great community celebration when the monument is done, he hoped by announcing the efforts to put the monument up, it would encourage more people to pay attention to how serious COVID-19 is.