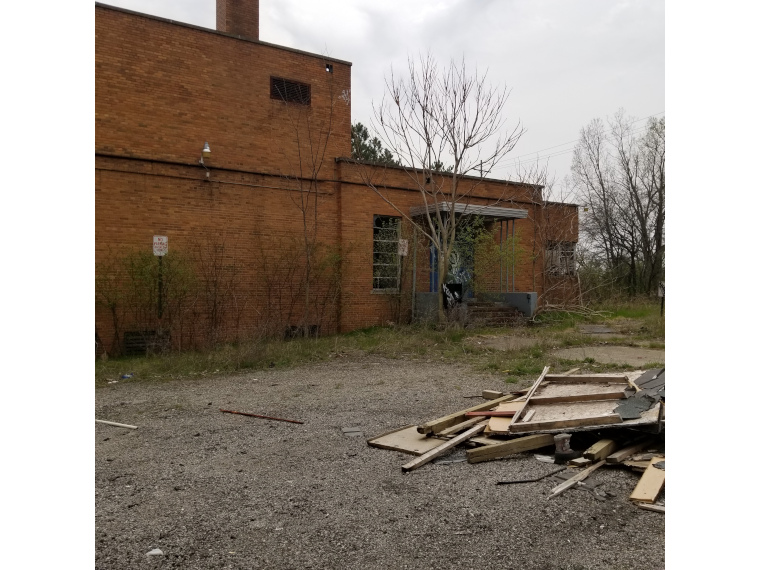 In an email sent to city council members, local pastors and members of the media, a Flint resident pleads with the council.

“VOTE NO on the sale our Black Heritage for a MARIJUANA Facility,” it continued. “Rather invest for generations to come! Our past, present and future are in your hands.”

Another email sent by the same resident and received by the Flint Courier News two days later echoed the same sentiment concerning the sale of 4.4-acre parcel which previously housed the Flint Police Training Academy. The building is now dilapadated.

“My name is AC Dumas; a 3rd Ward resident and am I’m urging the Flint City Council to vote “NO” on Resolution 210203…sale of city-owned land/3420 ST. JOHN STREET located in the 3rd Ward,” it read. “The historical land was the only area in the city of Flint where Blacks could live in times of racial and discrimination days of old! It should be designated as a HISTORICAL LANDMARK and not sold for a MARIJUANA FACILITY and GREEN SPACE GROWTH! The building and land qualifies for a HISTORICAL DESIGNATION! Please join us in our efforts to SAVE ST. JOHN STREET! https://www.michigan.gov/mhc/0,9075,7-361-85150_85952-464599–,00.html”

Other Flint residents expressed both support for the sale and concern over the matter during the public comment portion of the last Flint City Council meeting.

Leslie Haney, a Flint resident residing in the 6th Ward, said she was in favor of the sale of the St. John property.

“I think you should vote yes,” Haney said.

She said in her view the $500,000 from the sale of the property could be used to pay additional staff members or to purchase metal detectors at Flint City Hall, which some members of the council had said they were interested in doing.

“That’s quite a bit of money to start with,” Haney said.

Another resident of the 6th Ward asked the council to postpone the sale of the site on St. John Street so it could be determined by the city whether the site was contaminated.

Dumas said he believed Blacks who lived in St. John would have preferred to have an African American museum there as opposed to a “weed manufacturing green space.”

“It’s always about business to the advantage of other folk,” Dumas said. “We’ve got five Black council people on the Flint City Council. That is our heritage! That is what we, our forefathers, our parents and many of our relatives-those who were here-That’s where they came from. The expressway came through-I-475-and destroyed it.”

Dumas pointed out over $30 million was put into restoring the Capitol Theatre in Flint.

“But yet in the 3rd Ward, over on St. John Street, it probably would cost a little bit of nothing to clean up and restore,” he said.

“If a community wants to reserve their heritage, why not?” said Councilman Maurice Davis.

Davis said despite history, there is “nothing but fields on the north side” of Flint.

“It’s not right what’s been done to this community,” he said.

Mays asks if Evergrow, the highest bidder for the property, is associated with a relative of Mayor Sheldon Neeley. He asked the representative from Evergrow who was present at the virtual meeting whether Evergrow helped get Michael Thompson of Flint out of prison.

A representative from Evergrow told him later in the meeting that neither himself nor any of the individuals associated with the company had any connection with the individual in question. The representative also told him Evergrow, LLC is a new company formed in January 2021, and that neither he nor any of his partners involved in the business had any personal, familial or even professional relationships with the mayor, the city council or any other official within the city of Flint other than the deal in question.

According to Department of Planning and Development director, Suzanne Wilcox, available city properties are to be published on a designated city website with an asking price. Qualified applicants are to be able to purchase the property at the listed price. When a purchaser offers less than the asking price for a property or more than one person wishes to purchase the property, the city is to use the open market sales approach to obtain the best offer for the property. She read the policy for what is to happen when there are two or more bidders on a property stating open market sales, such as broker listings, the use of multiple listing service, websites or other recognized methods of advertising may be used to encourage broad participation in the sale of selected properties. According to Flint’s economic development director, Khalfani Stephens, the property on St. John Street was listed for seven days on a website and more than one person bid on it.

“Would it be a fair statement that when you resort to the open market, there’s multiple websites and multiple broader listings of the offer?” Mays asked.

Stephens said there are multiple ways the property can be advertised and the city used the website for advertising the property. But Mays said the policy was saying when there was more than one person wishing to purchase the property, the city must advertise it broader. Councilwoman Jerri Winfrey-Carter also said it seemed like the city would have advertised the property on more than one website. Still, the Department of Planning and Development expressed confidence that the proper procedure was followed by posting on a (single) website: the city website.

Flint attorney Brenda Williams represents the other group who bid on the property for $20,000. She said about three years ago her client was trying to look at that property, later listed at $5,000, and when she wrote a letter to Wilcox she was told she could not sale the property. Instead, she was told it had to be publicly bid upon. Williams said she asked Wilcox to tell her when the property became available to bid on.

“I think she just forgot, but I happened to look and discover it for myself,” Williams said.

William’s client is a minority. Williams pointed out that at this time there is no marijuana facility of substantial nature that is owned and operated by a local person of color in the city of Flint.

“It was intended to somewhat be like Detroit…giving opportunity to people in the community to partake in an emerging economic opportunity,” Williams said.

Evergrow, LLC estimates they will start with 15-20 employees.

Councilman Allan Griggs confirmed with the representative from Evergrow the overwhelming majority of the employees would be within the city of Flint. Griggs said the property is not currently in a neighborhood.

Councilman Santino Guerra said he could not speak upon what the neighborhood was before the expressway came in because he wasn’t around. He said if someone was driving down the main road they wouldn’t even see the building, for the most part and most of the area was industrial and big businesses. He said, therefore, it would be one of the better locations for the use it was being discussed it be used for.

“For somebody who lives in the ward, from the ward, and actually passed this place a lot, I honestly didn’t know until recently that the old police training center used to be back there because this location is off the already side road, off another road, behind all those trees and stuff.”

“As far as I know, that property is not on any historic list of properties,” Stephens said.

“This is like a no brainer to me,” said Councilwoman Eva Worthing. “$500,000 for the city. The second bidder came nowhere close, and it’s for the same use.”

“$500,000 can do a lot for our city’s general fund, and that’s where this money will be going,” Council President Kate Fields said.

She said it definitely seemed absolutely fair and open bidding was involved, and the $500,000 could be used for blight and hiring of police officers or supporting their salaries.

Guerra, Fields, Councilman Herbert Winfrey, Griggs and Worthing voted to sell the property to Evergrow, LLC. Mays, Davis, Winfrey-Carter and Councilwoman Monica Galloway voted against selling it to them.

Getting More Movement Throughout the Day