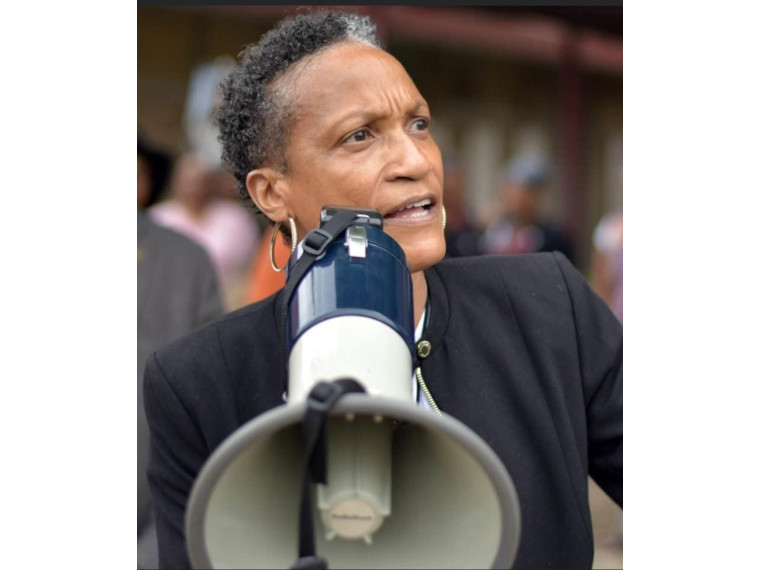 Linnell Jones-McKenney remembers being bullied at age 8, and said the bullying started way before that. She was called names, laughed at, pushed and followed home throughout elementary school.

She would imagine herself traveling around the world playing professional basketball and imagine herself working with young people. She also envisioned herself as an inspirational speaker, or talking to people to inspire them, as well as visualized herself building the largest youth activity center or sports complex in the world.

“What I inspired me to dream big is when I knew there was something different about my life,” she said. “I would have these times in which I would go off to myself, and I would feel like there was something higher than me that was calling me into a thought process of wanting to do something in the world that was more than just existing. I had these thoughts at the age of 6 years old.”

Jones-McKenney’s mom inspired her at a young age.

“When I would get up in the middle of the night she was always on her knees praying,” Jones-McKenney recalls.

“They wanted to actually fight me-jump on me,” she explained.

Not wanting to get her many siblings involved, Jones-McKenney told the boys she was ready to fight before they made it to her home.

“Then they changed their minds.”

In middle school, Jones-McKenney had an idea to go to elementary and middle schools with a group of girls, who were mostly older than her. The group, named the Traveling All-Stars, would have assemblies at the schools and teach basketball drills. Jones-McKenney, at her young age, also talked to the students about why they should have a dream at the assemblies.

Jones-McKenney attended Ferris State University, where she continued to see the value in working hard to accomplish her goals and sticking with her plans. She tried out for and made the college team there.

After sitting out a semester, Kentucky State University recruited her and offered a full ride scholarship. She became two-time All-American there.

She tried out for the Olympics, as well, and made the final cut. However, it was boycotted that year in 1980 and she couldn’t compete.

She was the first to be drafted from Flint to play in the U.S. Women’s Professional Basketball League. That league folded.

Yet hope was not lost.

Jones-McKenney’s agent called her and told her they were looking for 15 Americans to travel to Europe to play in Europe’s first professional European league. Jones-McKenney became one of those 15 first Americans, accomplishing her long-time dream of traveling across the world.

When she returned, Jones-McKenney married. She and her husband began working heavily with youth in the community. She then got inducted into six Halls of Fame, starting with the Flint Area Sports Hall of Fame. 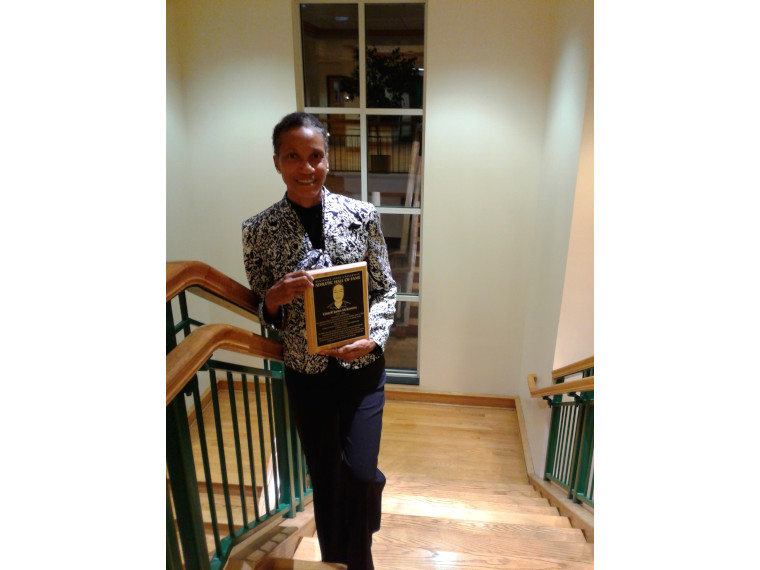 The first edition her book “Motivated to Dream Big” was published, with the second edition being published in 2016.

Jones-McKenney remembers “hitting the ground running” shortly after in 2017-2018 with Maryum Rasool, executive director of the Sylvester Broome Empowerment Village (SBEV) for the benefit of the center. This included getting the building the center is in renovated, getting donations and bringing in volunteers and organizations for summer camp.

Jones-McKenney is still working for the SBEV, one of the fastest growing youth hubs in the county for helping youth to develop their talents at no cost. They have been doing the podcast at SBEV since around the end of 2020, where youth are asked to think about why they are at the center. Jones-McKenney also continues to interview those inside of and outside of the city on her own podcast “Motivated to Dream Big.” 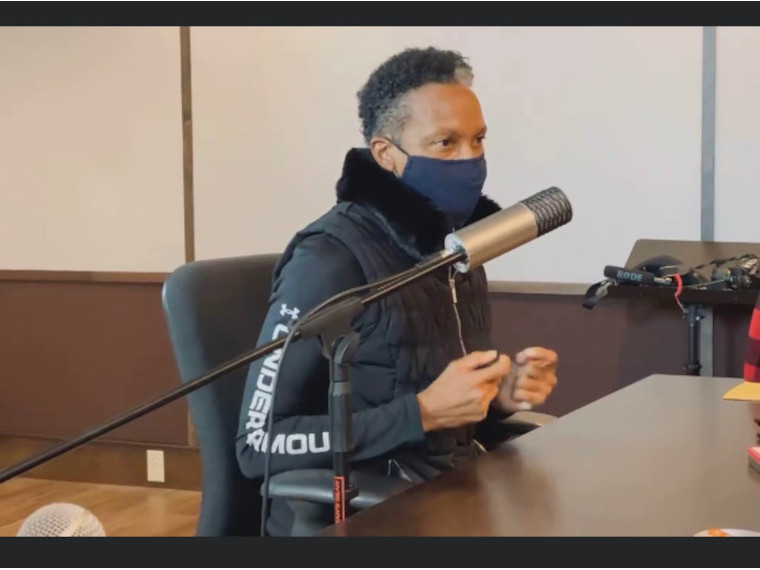 Jones-McKenney qualified for the senior Olympics last summer during the state championships. The National Senior Olympics will take place in Fort Lauderdale, Florida, with the opening ceremony beginning May 10. In addition, as one who was bullied heavily herself, Jones-McKenney is working raise awareness about bullying and hoping to reduce it countywide through the No More Violence Movement. Jones-McKenney has always hated violence, but was also personally affected when her brother was shot-then his son was the first person to be shot in Flint this year.

Jones-McKenney could have let her negative experiences turn her bitter.

Instead, she had chosen to remember what she believes God called her to do. 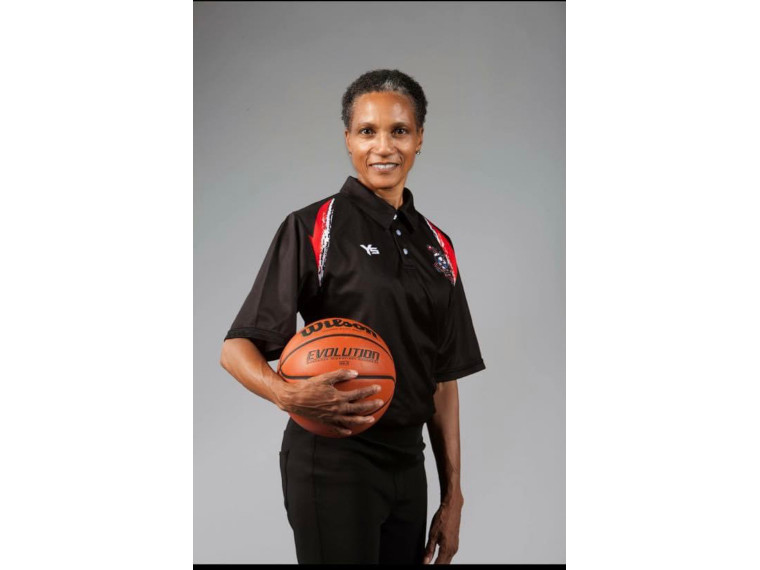 “When I first came to Ms. Maryum Rasool, I showed her my dream of a sports complex. I keep a copy of my dream in my car. Back then, it was just the beginning of us working together to start the program. When the idea came to put in a boxing ring, that’s when the idea came about with a team that meets monthly of: ‘Let’s build something to put it in.’”

But, it is doubtful Jones-McKenney will stop there. She invites churches and community organizations to Adopt-a-Friday in order to bring Teen Club back to the area. On May 17, at the Capitol Theatre the Stand Against Violence: Voices of Change concert will include the Flint City Youth Choir, the Detroit Youth Choir, as well as Tapology and other performers.

“If everyone on the face of this world had an opportunity to realize their dream and live out their dream, what a wonderful world this place would be! It would be just like heaven on earth!”

For information about the Voices of Change Youth Choir or Adopt-a-Friday, contact Linnell Jones-McKenney at 810-695-1006

Pastor John P. Kee“Pass it On”