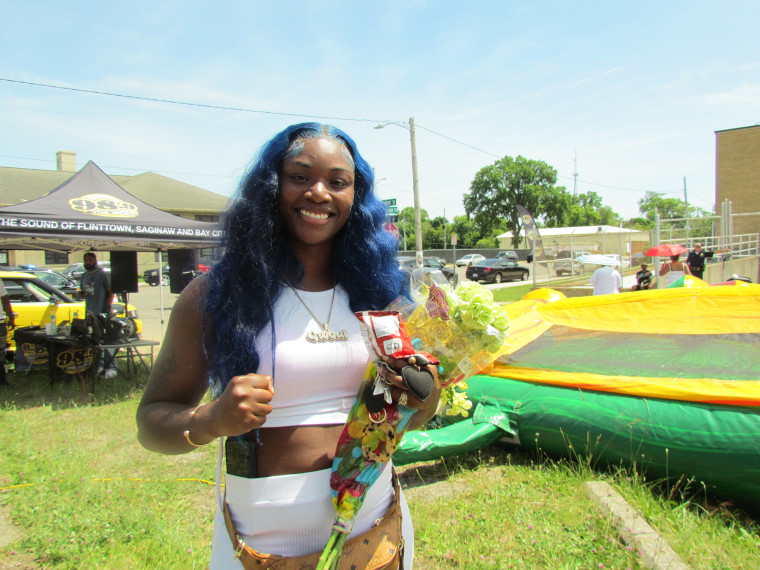 A street in Flint is now named in Claressa Shield’s’ honor.  At the street renaming ceremony and block party, many expressed the belief for Shields to be given this honor could be just what was needed to inspire youth and others in the city. The street is where Shields, who is 27, was raised by her grandmother Joanne Adams, has been known as Spencer Street and is across from Berston Field House. 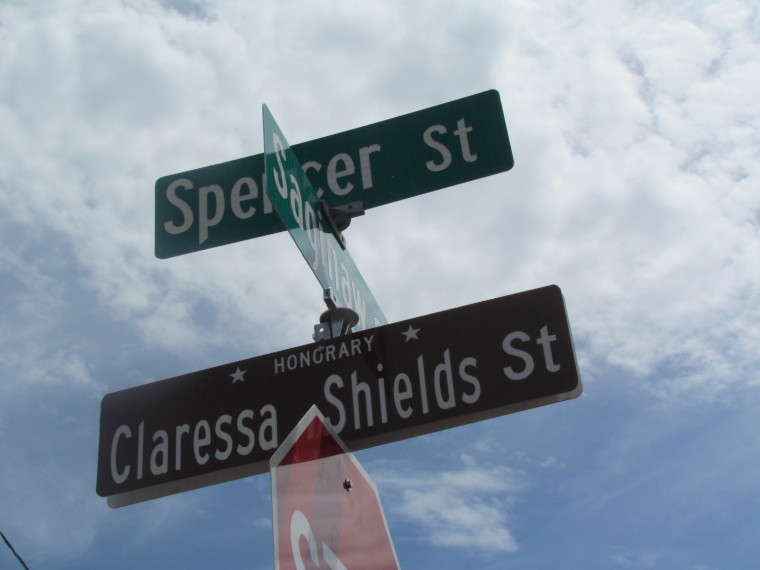 “It was fish fries every year,” Shields said, adding the street was a “community street.”

Shields recalled with appreciation the fact from a very young age, her face was put on Berston Field House.

She stated having a street named after her has always been a dream, but she didn’t know if it would be able to come true.

“My grandmother would be very, very proud,” Shields said.

Shields expressed for her to be born in Flint where she was raised at and poor at, where she went to school and ate free lunch, and to see where she is now-shows hard work pays off and people can be whatever they want. During the street naming celebration, Shields talked about when she started boxing how her friend joked saying she would not last in boxing for a week. She said she hoped every street could be like what is now the Honorary Claressa Shields Street, where people cared about and looked out for one another.

“I feel incredible,” stated Shield’s promoter, Dmitriy Salita. “I feel Claressa Shields is a role model who grew up here, and that’s walked through the streets of Flint whose about to engage in another very meaningful fight-one of the biggest fights in sports history-in women’s boxing. The fact she grew up here in the city of Flint is recognizing what she has done for the city. It’s very incredible.”

The match will take place between Shields and Savannah Marshall, a British professional boxer who holds the WBO female middleweight title.

Salita also said next year a movie will be released about Shields’ story called “Flint Strong,” and said he is pleased the street naming happened during the prime of Shields’ career.

“She put her whole life on the line for this,” Shields’ friend, Christopher Taylor, told the Courier. Taylor and Shields have known each other since 2007.

Mayor Sheldon Neeley, who helped make the street naming ceremony possible, expressed that the children cannot become what they can’t see others doing. He also talked about the significance of the street, which Shields lived on, her great grandmother lived on and her grandmother lived on. Neeley led the attendees at the celebration in a countdown to the official naming of the street, which he said was long overdue.

“We ain’t here celebrating somebody getting killed; that’s why it’s fantastic,” Murphy said.

Murphy said he grew up in the area, along with Shields.

Former Flint Mayor Dr. Karen Weaver was also in attendance, saying she has always supported Shields and will continue to do so because Shields helped put Flint on the map. She said the occasion was a reason for everyone in Flint to celebrate.

Young people experienced many emotions during the street naming celebration-from pride to inspiration.

“We’ve been to her fights; we’ve followed her; and she does represent Flint,” said Kelly Price.

“It’s amazing that somebody that grew up here has a street that’s named after them,” said Vincent Price. “It’s something maybe we can do when we get older.”

“Especially being a Black woman from Flint, and just having her run her own stuff and be so dominant in her field is something that is just amazing,” said Victoria Price.

“Trust the process,” Shields said to youth and others in Flint.

She added: “Believe in prayer, and whatever you want you can get, as long as you work hard for it.”