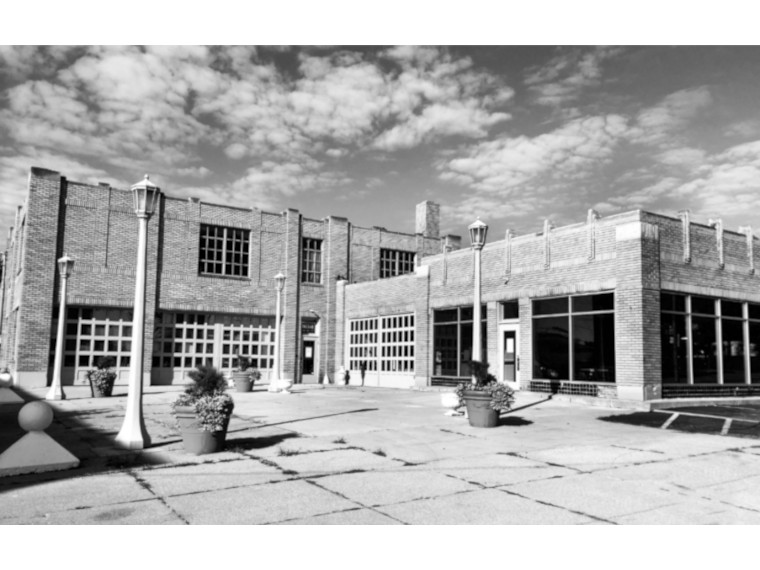 Rev. Dr. Deborah Conrad is pastor of the congregation known for 60 years as Woodside Church. The name of the church has been changed to The People’s Church of Flint.

“This name change is two things,” she said. “First, it is a reflection of a long history of this
congregation caring for people, standing for justice, working for well-being. Second, it is a restatement of our
commitment to what is right—the vision of God of a world that works for all.”

The name change is the culmination of several years of change, including change in location and redefinition
of mission.

“When I arrived in 2014, we began a long process of redefining our mission, clarifying our community
presence, and coming to terms with the changing realities of both the congregation and Flint,” Conrad said.
“These eight years have been a time of tremendous awakening for the people of the congregation, a time of
redefining what we believe church is supposed to be in these dangerous times.”

The new name brings to mind such iconic movement groups as the Peoples Law Office of Chicago that
defended the Black Panthers, the Peoples Grocery of Memphis where Ida B. Wells witnessed the racial violence
that propelled her into a journalistic crusade against lynching and the Peoples Water Board of Detroit working
for water rights throughout the region.

Moderator Jamie Schmidt said, “I think this name embodies the way we see ourselves — as open for all people,
any person at any point in their life. We want all people to feel loved and safe.”

In the 1960s, First Baptist Church (c 1853) began doing business as Woodside Church when it relocated from
Beach and West Second Streets to the College Cultural neighborhood. In 2018, it sold that Eero Saarinen
campus and purchased the former tire and auto center at Garland Street and West Second Avenue, an art deco
building in Carriage Town.

“It is our obligation as people of Jesus to stand against tyranny and oppression,” said Conrad. “We want to be
perfectly clear what we are about and why we are about it.”

The current location is just two blocks from the site of the congregation’s first building at West First Avenue and
Lyon Street, built in 1872. A historical marker at that location tells the story.

As for the name change, church clerk Patti Pagels said, “Part of this exciting journey is establishing our renewed
public identity. After two unfruitful local searches, we were so fortunate to find Mowgli Studio in the Chicago
area. We will look different moving forward, but some things will never change. This church will always be a
supportive, encouraging voice for everyone.”

The congregation next looks forward to opening “Peoples Plaza,” a park-like community space at West Second
Avenue and Garland Street, created in conjunction with other neighborhood groups.

More about the church is available at PeoplesChurchofFlint.org.