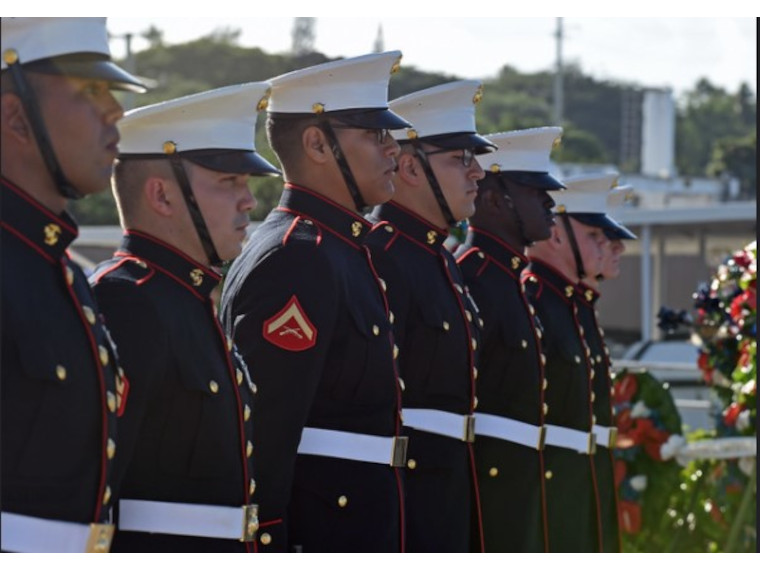 LANSING, Mich. – Governor Gretchen Whitmer today proclaimed December 7, 2021, Pearl Harbor Remembrance Day, honoring the 2,403 Americans who lost their lives, 1,178 who were wounded and those members of our armed forces that served alongside them.

“Today, Michiganders and Americans everywhere owe a debt of gratitude to the members of the United States armed forces who were wounded or died at Pearl Harbor and to those who survived and fought with great honor and bravery in World War II while defending the people and principles of our nation,” Whitmer said. “I am proud to declare December 7 as Pearl Harbor Remembrance Day in Michigan in recognition of this great sacrifice.”

“More than 600,000 veterans from Michigan answered the call to serve in the armed forces in the years following the attack on Pearl Harbor,” said U.S. Army Maj. Gen. Paul D. Rogers, adjutant general and director of the Michigan Department of Military and Veterans Affairs.

“I’m humbled by the resilience of the American spirit and the bravery of the men and women who continue to inspire others to sacrifice for our freedoms,” Rogers added.

The United States Congress designated December 7 as National Pearl Harbor Remembrance Day on August 23, 1994. Every year, remembrance events are held throughout Michigan and at the Pearl Harbor National Memorial. You can see images of the annual remembrance ceremony here, Pearl Harbor | Flickr.

About Michigan Department of Military and Veterans Affairs