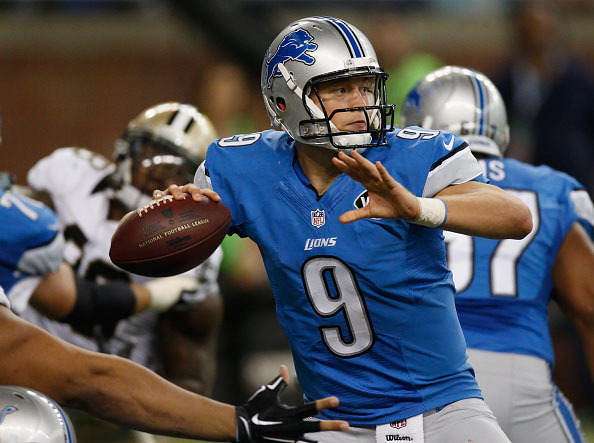 The Detroit Lions and their faithful fans were very optimistic about the upcoming season. Here are a few reasons why: They have a new head coach, a new general manager, and a new roster. Take these ingredients, put them in a large bowl and mix. What do you come up with? The same old Lions.

Let’s start at the beginning. The Lions opened the season with a lackluster performance against the New York Jets, losing 48-17. They played awful.  You would expect a better performance, especially the opening game of the season. The Lions needed a prescription from a doctor that read, “Take on the 0-1, San Francisco 49ers to get rid of that headache of a loss.”

The 49ers struggled in their opening season loss to the Minnesota Vikings, 24-16. That paled in comparison to the Lions who were embarrassed by the Jets. The Lions took on the 49ers, and that headache turned into a migraine.

The 49ers QB Jimmy Garoppolo, threw two touchdowns passes. RB Matt Breida ran for 138 yards to help get their first win. Lions QB Matthew Stafford performed much better against the Jets last week when he threw four interceptions. Against the 49ers, he threw three touchdowns and had no interceptions.

Stafford threw touchdown passes in the fourth quarter to Marvin Jones Jr. and Michael Roberts but was unable to lead another scoring drive with only about a minute left to play. The comeback fell short. Final score – 49ers 30, Lions 27. Give the Lions some credit however for showing some life and making a game of it.

Nothing is going to change the fact that the Lions have a tough road ahead. It’s very possible they could start the season 0-5. They’ll play host to the New England Patriots next Sunday night at home. The Pats, led by QB Tom Brady, were just defeated by the Jacksonville Jaguars last week. You can bet they’ll have their game faces on.

Following the Pats, the Lions will go on the road to face the Dallas Cowboys, then host the Green Bay Packers. The Cowboys are the only vulnerable team in that bunch. But would 1-4 even make a difference?

Imagine if head coach, Matt Patricia, and his Lions can somehow pull out a victory over his former team, the Patriots. It could be that Patriots are not as good as they used to be.  So, you may not want to give up on the Lions just yet. Maybe they’ll turn things around and surprise everyone.  Let’s hope they will.