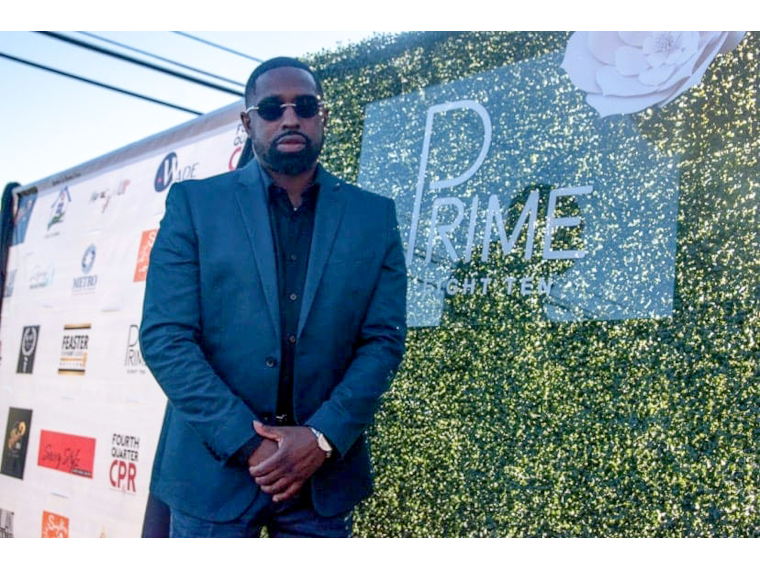 Raymond “Ray” Tyler, owner of Prime Eight Ten, wanted to open a business on Pierson Road, but he didn’t want to just open a “regular restaurant.” Now, Tyler, who grew up on the north side of Flint, is celebrating the one year anniversary of Prime Eight Ten September 18 and working with a partner to help bring positivity to the community.

According to Tyler, Prime Eight Ten offers a “whole experience.”

“I wanted entertainment at my restaurant,” he said, pointing out at times there is also a DJ at Prime Eight Ten.

In addition to a DJ booth, there is a dance floor at the establishment.

Tyler is a former promoter who had his own promotional company, Lavish Living. He hosted major events at halls, restaurants and other venues.

According to Tyler, the name Lavish Living came because he used to travel to larger cities and see events he considered lavish. He aimed to bring the same lavishness to Flint.

He is now hosting the same types of events at Prime Eight Ten.

About 30% of the business’ revenue comes from private parties such as wedding receptions, though due to COVID, off-site catering has been very limited.

Tyler also wants to put various black tie formals together, and hesitates to even call the business a “restaurant.”

“COVID hit March 16,” he said. “So, I didn’t even get a chance to do anything. I didn’t open up until September 18. We were on restriction. So, I couldn’t even start redoing the building or anything until that time.”

When the business opened, they were only permitted to be at 50% capacity.

Prime Eight Ten stays busy now and a lot of the supporters Tyler had as a promoter continue to support him.

Tyler grew up on Wager Street.

“I’ve also had NBA players from my home town there. I recently had Miles Bridges there (of the Charlotte Hornets).  Josh Jackson from the Pistons was there September 12. I just want to be a staple for people that come in town.”

Tyler is partnering with the owner of Slice Pizza of Flint, a high school friend and college roommate who owns a food truck.

“It’s going to show we can collab. Everybody thinks everything is a competition. We’ve got to get out of that mindset. We can help build each other up. We’ve had some dark days in Flint, but it’s all coming together.”

Federal courthouse in Flint to be closed Monday, Sept. 13

YouthQuest Invites Community to Participate in ‘Lights On Afterschool’ Rally