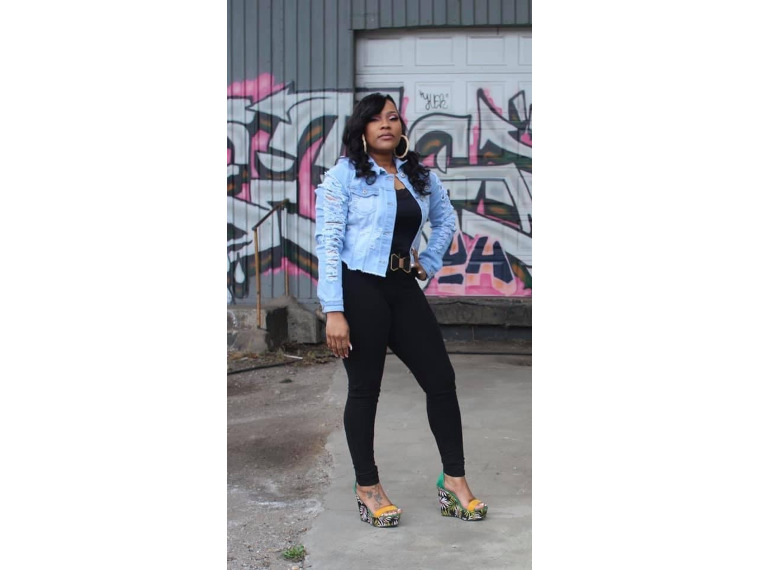 Jackson was born and raised in Flint. She left Flint in 1998 for college. The Flint native attended Tennessee State University, then married shortly after. Her husband (at that time) was military, so they traveled a lot. However, she has been living in Nashville, Tennessee, for about 11 years. The majority of her family is still in Flint.

“Writing has been the way that I’ve expressed, self -soothed and coped with many things since I learned how to form sentences,” Jackson explained. “Filming and creating this documentary is so very important to me because, no matter where life has taken me, I can’t escape the injustices that are commonplace in regards to Black and Brown people from nearly the construct of this country. Flint has experienced rampant school closings, toxic water, scare policing and the fact that there are more liquor stores in the city than schools or centers for the advancement of mental and physical health. Sadly, we aren’t alone. Most inner cities where minorities are the majority are all the same. It is my responsibility to use the gifts that God gave me to help others.”

Jackson was intrigued when she read about Attorney C. Frederick Robinson and what he’d contributed to this city and the advancement of civil rights across the nation. For Jackson, Robinson’s work with the Fair Housing Act is most memorable.

According to Jackson, the work illuminated how many southern Black Americans migrated here in mass numbers to achieve their own ‘American Dream.’ In doing so, they left behind the pain and suffering they’d faced in the south.

“In many ways, they accomplished that goal, but not without great adversity,” Jackson added.

Jackson was saddened when she learned that Robinson had left the south, hoping for more liberties and safety here while fighting for equality. Instead, he died after being shot in Flint, a city where he poured life.

Jackson feels that to prove growth, we must display the root of the problem.

“I feel that in order to solve any problem, we must find the root of it and heal from the inside out,” she stated. “If we dare to believe, we can create real, lasting change. By confronting the problems that are plaguing the Black family on a large scale, we can then dig deep into these families to find out why fathers and then their sons are being incarcerated at alarming rates. We can begin to uncover why we as a community are turning to drugs and alcohol and why we are empowering each generation with a failing mindset.”

“Once we as a collective can confront how we are now, whether conditioned or not, allowing ourselves to remain imprisoned in our choices, actions and thinking, we can then see clearly how to heal, elevate and attack bigger issues once healthy and united.”

“Don’t get me wrong. I am grateful that these children will be better equipped to work through their issues of abandonment, codependency, abuse or whatever they suffered through their loved one’s addiction. However, I wish that the same approach was taken for my community and generation of children.”

“On a larger scale, though, there are diamonds in the rough here. I want to link agencies and organizations formed from members of our own communities that were created to tackle these issues.”

According to Jackson, her film production, journalism and freelance writing experience has afforded her a wealth of knowledge on creating a film of the magnitude of “Fli-City, Beauty 4 Ashes.”

“Laying the foundation of this project was easy. Researching is second nature for me because I love learning things I’m passionate about.”

Uncovering and unpacking so much of what she learned about the history of Flint was an emotional journey for Jackson. It was one she had not anticipated.

Jackson hopes to have a spring release date, preferably in the first week of April. She plans to premiere it at The New McCree Theatre at that time and will post details on her social media pages.

“I am praying that once I’ve completed this film, people will see how and why a once booming city can turn into ruins by division, amongst other things. But also how people of all races, genders, and economic backgrounds, were determined to come together, heal, overcome and create a better world for the next generation.”

Flint mother seeking justice in the deaths of her two sons