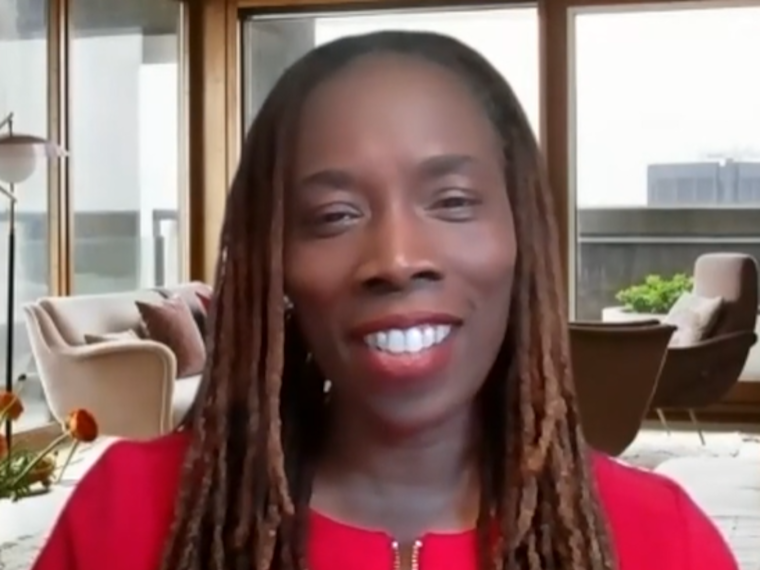 People from across the world took part in a webinar and discussion this month in June 2022 called “Does faith have a place in mental health?” The session was offered through a collaboration between The Associated Press, The Conversation and Religion News Service. Through the thoughts expressed by panelists with varied backgrounds, attempts were made on answering the question about whether faith has a place in mental health. In addition, the panelists answered other questions from webinar participants during the session, which lasted approximately an hour.

One panelist, Thema Bryant, president-elect of American Psychological Association, is also a licensed trauma psychologist and ordained minister in the African Methodist Episcopal (AME) Church. In addition, she is a trauma survivor.

“So, I recognize as people are dealing with stress, trauma and oppression that it dismantles us-not only psychologically, but also spiritually,” she stated. “(And) so the ways in which people heal and recover and hopefully flourish and thrive is also holistic. “

Bryant is a tenured professor at Pepperdine University in Los Angeles, where she teaches a course in multicultural psychology, which not only attends to race and ethnicity, but also religiosity and spirituality.

“Religion, as with every other entity that involves human beings, can be used for healing, empowerment and uplift-and it can also be used to oppress, to marginalize and to shame,” Bryant stated. “(And so) in psychology, there’s something called positive religious coping and negative religious coping.”

According to Bryant, it’s important to understand who God is that you believe in. She said believing God is loving, cares and wants to help is associated with positive mental health outcomes. On the other hand, Bryant explained, if a person believes God is harsh, mean and wants to penalize people when they mess up, that is associated with more negative mental health outcomes.

“This also shows up with children in the aftermath of Hurricane Katrina. Some of the children who were interviewed would say things like: ‘We made it because God loved us, and God protected us.’ Then, you had other children who would say: ‘God sent Hurrricane Katrina because we sin too much…”’

Another question asked during the session was about what should be said to a person of faith who considers it a failure to seek mental health support.

Another panelist, David Morris; a publisher, literary agent and author for Lake Drive Books who holds a PhD in religious studies (particularly in psychology and religion), said a key thing in the American evangelical narrative is that a person is not supposed to go outside the Bible for any inspiration or revelation. He said it is important for religious leaders to have a well-rounded approach despite this. He and other panelists pointed out things like getting an education and going to the dentist may not be directly in the Bible but can be important for people to do.

“I know Pastor Rick Warren of Saddleback Church inside California-a major evangelical church-has a whole conference on the church and mental health,” Morris said. “I think he’s still doing it every year. He and his wife Kay had a son who died tragically from suicide and mental illness, probably about five or six years ago. That’s a real interesting conference to go to because you see the whole idea of finding the help you need as an important part for the church to be encouraging.”

As an author and publisher Morris said he is able to target a particular audience of those who are struggling with faith now, and his heart goes out to them.

Another participant asked how people should support the mental health of faith leaders.

Panelist Rabbi Seth Winberg, senior chaplain at Brandeis University-where he said he sees the importance of faith in helping youth deal with challenges which increased during the pandemic, also said he worries a lot about burnout of faith leaders.

“At the same time, I want to acknowledge the fact that a lot of university staff people and a lot of people of different professions are working very hard through the pandemic,” Winberg expressed. “(And) I hope someone really smart is thinking about how to prevent burnout in a lot of different industries and professions, like my own.”

Although Winberg said it wasn’t going to solve the problem of people being “stretched too thin,” he said he wouldn’t underestimate expressing gratitude to various professionals in our lives who are “stretched above and beyond the last few years.

“I think that’s one thing everyone can do, whether they are on the board or in a supervisory/management role where they can say: ‘You really need to take some time off or set some boundaries or say no.,’ Winberg added. “Everyone is able to express gratitude to somebody in their lives that’s helped them get through the last few years.”