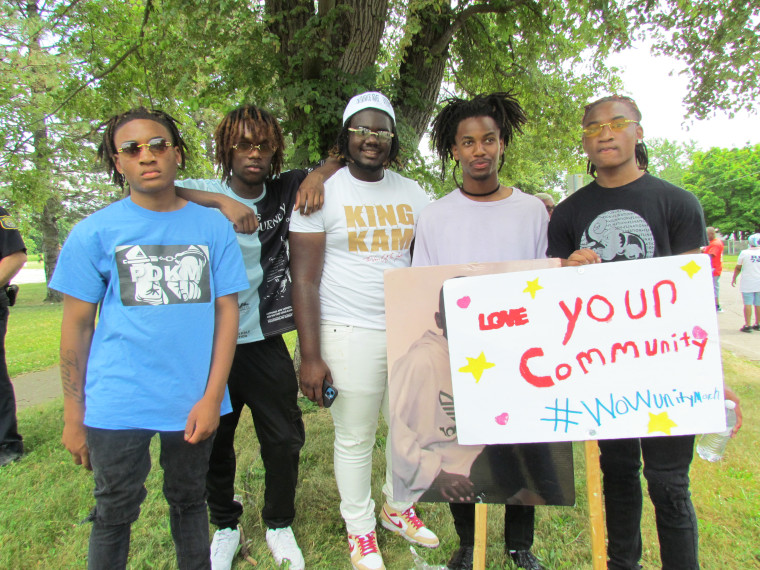 The 21st Annual Unity March and Community Expo takes place on July 16 and last took place  Saturday, June 25,. It started in Flint Township and concluded in the city of Flint. Recently, Kenyetta Dotson, community activist and a founding and seed organizer of the Unity March, told the Courier concerned citizens are participating in the marches locally every other month on average. Churches, nonprofit organizations and families who lost loved ones to violence are among those who participate-with the march taking place in different locations at various times during the year.

At the opening of the most recent Unity March in the Flint area, Dotson also informed those present each time the Unity March is planned, organizers choose both a high traffic area and a neighborhood that is one of those in the greatest need. 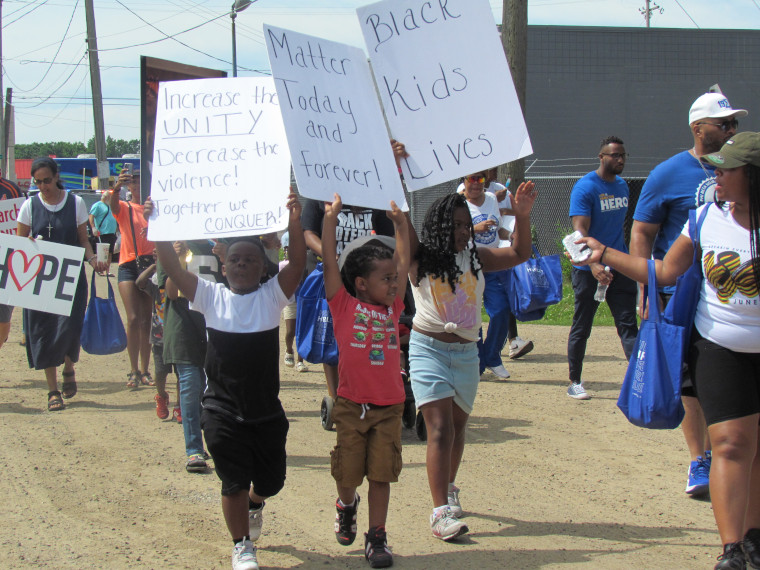 The most recent Unity March route started at the corner of Pierson Road and Montrose Street, across from the Hallwood Plaza and included prayer stops, including one on Home Ave. and Baldwin Avenue, across from Hasselbring Senior Center, shortly before the march ended at the Eagle’s Nest Academy-the site of the expo.

At the gas station on the corner of Clio Road and Home Avenue, participants met and prayed for a woman who said she had slept behind a dumpster on Fleming Road the night before. The woman said she had kept saying “hallelujah” before encountering the marchers, but she didn’t know why she was saying it. Pastor Bobby Jackson and others in the community were instrumental is getting the woman into a local shelter.

Trash was also picked up throughout the route. Bristol Road Family of Faith Church helped make this happen. Rigel Dawson is the pastor there. 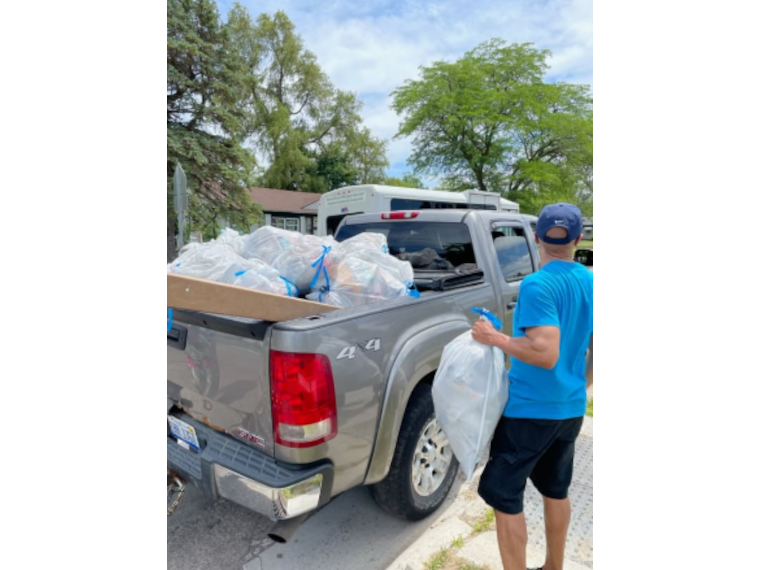 Amari Hill, age 23, of Flint, lost her grandfather to gun violence when he was hit by a bullet while in his home. Hill also lost two friends because of violence. Despite these tragedies in her life, Hill shared her spoken word piece “Be Determined Not to Fail” during a prayer stop at the march.

Teresa Hamlet lost her son to gun violence on September 23, 2018, and she took part in the recent march.

Her son had been at a gathering earlier that day and was at the BP Gas Station on Clio Road.

“There were shots fired and my son was shot by one of the bullets,” Hamlet stated.

At the time, Hamlet was nine months pregnant.

“I was losing it,” she expressed. “I buried my son October 5, and I gave birth to my youngest son October 10.”

Hamlet also said a young lady came to the hospital the day her son was killed and said she and Hamlet’s son had been planning to take a DNA paternity test to see if her child was their child.

Hamlet later found out that child was her grandchild. She notes her grandchild is living without a father, and her youngest son never met his older brother.

“I was driving down the street and I saw the march, and I jumped right in,” she shared.

After the Unity March, Hamlet attended Church Without Walls where she met Dotson and joined a group which she said helped her a lot.

She has since started her own group, Mothers Who Lost Loved Ones Through Violence, where she and other family members of those who died due to any type of violence can share stories and help each other grieve.

Hamlet said the recent march was significant to her and others.

Onlookers are often inspired by the Unity March, as well.

The Unity March passed John Brown’s business, near the intersection of Clio and Pierson roads. Brown also had an opportunity to see participants preparing to march, and he liked the positivity and unity he saw.

“It did spark my interest,” he said. “I don’t think there’s anyone that hasn’t been impacted by violence one way or another…I’ve had friends that have lost their lives to violence. I have friends that have been locked up because of violence.”

He said most of the violence he has experienced occurred in the Flint area. He added over time people can become desensitized by violence because they’ve seen so much of it throughout their live, which he says is not a good thing at all.

“I’m just happy to see someone out there marching, doing something to bring an end to the violence,” he explained. “My hope is we learn to value life more as a community, understanding that the violence affects not only the person you have issues with, but their kids, parents and siblings.”

According to Dotson, violence can and should impact whole communities. She said it takes entire communities coming together through efforts like the Unity March to help heal. 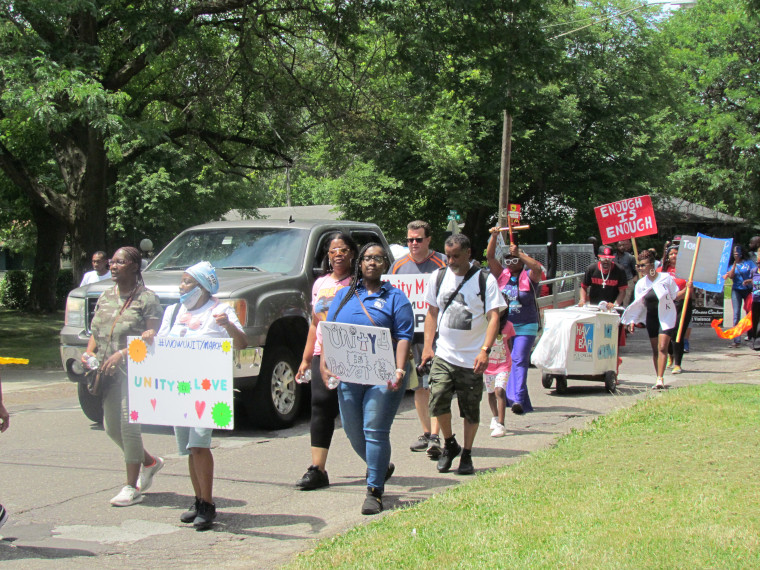