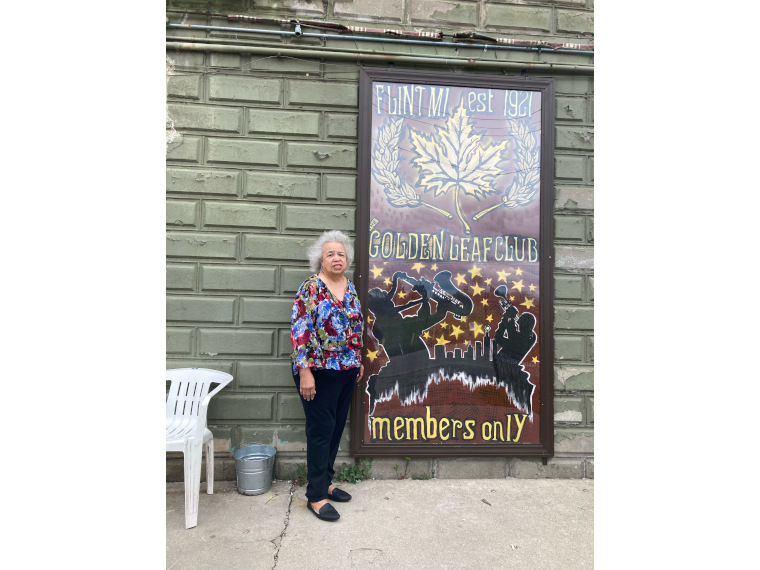 The Golden Leaf Social Club, Flint’s oldest social club, has been a staple in the Flint community for over 100 years. The Golden Leaf is still in its original location, at 1522 Harrison Street. According to Lottie Reid, its current manager, the Golden Leaf, which was originally named the Maple Leaf (until 1923 when the named was change to the Golden Leaf) initially opened its doors in 1920, but was officially recognized as a social club in 1921.

The Golden Leaf began in a time when the (now abandoned) St. John neighborhood was flourishing.

“You have to understand, when the Golden Leaf started this neighborhood was thriving” said Reid. “We had our own barber shops, markets, pharmacies and a school. The school was the last building to come down, about three years ago.”

Reid describes the Golden Leaf to be a safe haven that survived the test of time through major historical moments, such as prohibition.

Reid also discussed the significance of the Golden Leaf throughout Flint’s segregated past.

According to Reid, such famous people frequented the Golden Leaf during those days of segregation, including performers Dina Washington and Sam Cooke. Reid told the Courier that Malcom X (when he was still known as Malcom Little) frequently hung out at the Golden Leaf.

Currently, the Golden Leaf is still a celebrated and respected place to hear live music or oldies but goodies.

Reid said though the Golden Leaf is a social club with many long standing members, others are still able to join the social club that caters to a mature crowd.

This year, the Golden Leaf is excited to celebrate its centennial year, which was kicked off by the social club being presented with the first ever “Black Business Matters” award from the locally televised talk show “Black Money Matters”. (The show features former Flint Mayor Dr. Karen Weaver, as co-host.)

“I’m excited to be celebrating 100 years of service to Flint, and I hope that the Golden Leaf is around for 100 more years.”