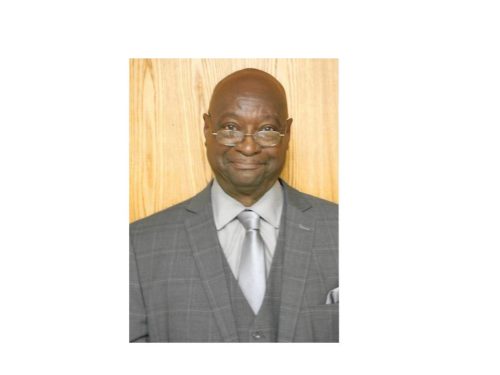 The Friends of Charles Winfrey is announcing the candidacy of Charles H. Winfrey, a Democrat and longtime activist on Flint’s political scene, for the Genesee County Board of Commissioners, 2nd District in the August 4, 2020 primary election.

“Most of my political involvement thus far has been as a background singer for other candidates for political office,” Winfrey said.  “When it became obvious that longtime county commissioner from the 2nd District, Brenda Clack, was not going to run, I was contacted by a host of community leaders to become a lead singer and share my years of experience with the residents of Genesee County and my district.”

Winfrey is a lifelong resident of the city of Flint. He has served as campaign manager, campaign advisor or field director on behalf of many, many candidates for local political office, and served for many years with the Genesee County Democratic Party’s coordinated campaign.  In addition, he brings eons of public service to the benefit of 2nd District residents. He has served as a member of the Beecher Board of Education (1986-1992), serving as president for one year; he is a member and former president for many years of the Northridge Academy Board of Directors, he re-established and served as former president of the Ballenger Highway Neighborhood Association and he is chairman of the Michigan Basketball Association Board of Directors.

A graduate of the University of Michigan-Flint, Winfrey holds a bachelor’s degree in political science and Africana studies. In 1989, he founded and served as executive director of the Coalition for Positive Youth Development; a coalition of organizations assembled to remediate Flint’s burgeoning youth gang problem. From 1991-2001 he served as contract compliance and equal opportunity officer for the city of Flint. Since 2004 he has served as executive director of the Floyd J. McCree Theatre.

Winfrey and his wife Shirley (Burton) Winfrey are the parents of two daughters.

Delinquent tax foreclosures not to occur until 2021

Ahead of potentially certifying election results in Michigan, pastors, elected officials call on Republican leaders who met with Trump to ‘do their jobs’