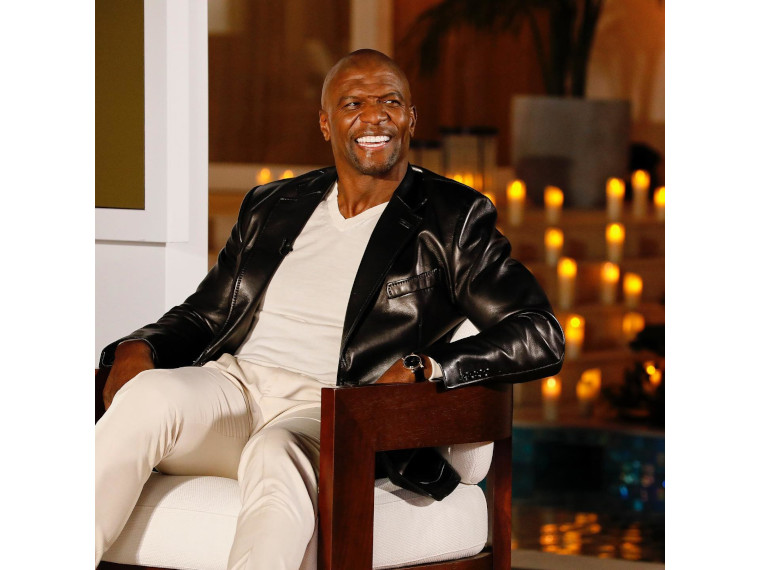 Bold.org, the scholarship platform committed to fighting student debt through philanthropy, continues its Year of Giving Campaign with a new scholarship. For the campaign’s July chapter, Bold.org partners with Actor, Athlete, Comedian and Activist Terry Crews for a $20,000 Terry Crews “Creative Courage” Scholarship. In an effort to continue to lift up amazing creatives, the scholarship will provide an incredible opportunity for a struggling artist chasing their dreams. One student will receive $20,000 to use toward their artistic development and education.

Before becoming one of the biggest stars in Hollywood, Terry Crews was a kid in Flint, Michigan with a passion for art. He worked hard honing his skills in painting and music. Scholarships have always been a big part of Terry’s story. Before he earned the football scholarship that eventually launched his professional football career in the NFL, he won an art scholarship. Terry worked hard to pursue his career and get extra funding for school. Today, he pays it forward with the $20,000 Terry Crews “Creative Courage” Scholarship. The scholarship is available to anyone pursuing an education as a musician, artist, animator, architect or another art-related career or hobby.

Terry is a true renaissance man. He has been wildly successful in so many industries and has a variety of incredible skill sets as an actor, comedian, artist, athlete, producer, TV host and more. Beyond his unquestionable talents, he is an avid activist. As he entertains the world on screen, he works hard to change for the better off-screen by using his voice and career to make a social impact. He has become a source of inspiration for people around the globe. In 2018, Terry even illustrated a children’s book alongside his previous NFL teammate and the book’s author, Ken Harvey. Come Find Me is about two young African-American boys who envision all sorts of careers as pilots, conductors, captains, race car drivers and more. His $20,000 scholarship is yet another effort to inspire and uplift others.

“As a kid, I hoped and prayed for a scholarship, and when I was able to earn scholarships for art and football, it changed my life,”  Crews said. “Now, I’m partnering with Bold.org to change the life of another artist out there who is struggling and may be worrying that they won’t make it and won’t be able to chase their dreams. You can make it, and I’m here to help.”

“The entire team at Bold.org is so thrilled to work with Terry — an impact-focused leader, role model, and one of Hollywood’s biggest stars,” Bold.org CEO and Founder, Dror Liebenthal, said.

“The Year of Giving Campaign was launched to work with influential activists just like Terry,” Liebenthal added. “It’s such an honor to launch the $20,000 Terry Crews “Creative Courage” Scholarship on Bold.org.”

Video of Terry explaining the scholarship

Bold.org is the largest independent scholarship provider in the country and is committed to eliminating student debt and democratizing philanthropy. Founded in November 2019, Bold.org embarks on a journey to relieve the country’s soaring $1.8 trillion student debt crisis. Bold.org provides a platform for any person or company to create personalized scholarships, fellowships or grants. Bold.org pioneers a new industry by creating an innovative and philanthropic solution to combat the student debt crisis, which has tremendously impacted 44 million Americans to date.

Ready to Change Your Life in 2020? Come Hear About the Diabetes Prevention Program!

MCC to Host Summit on Male Diversity in Education