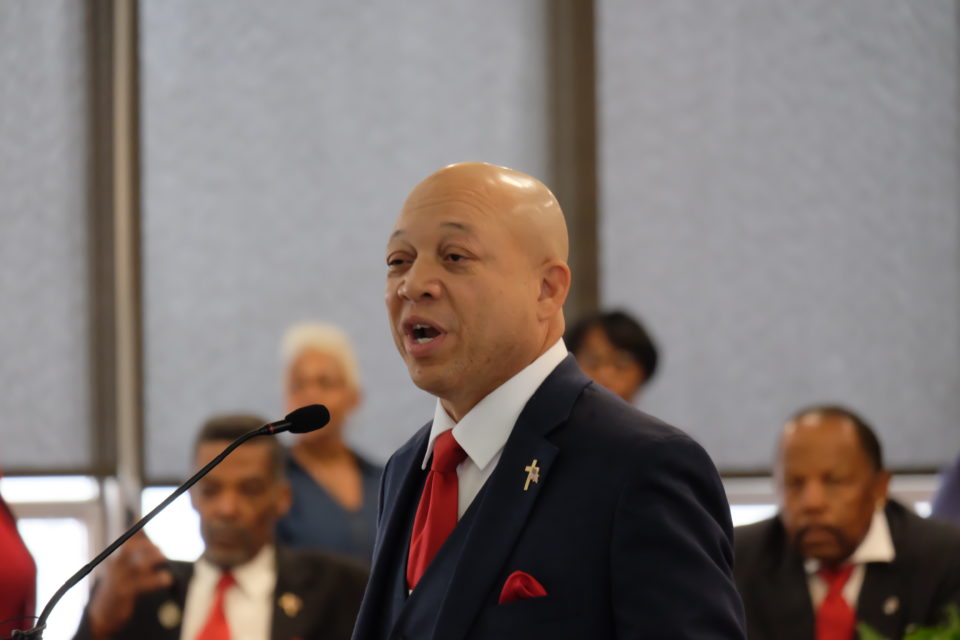 Flint, Mich. – Sheldon Neeley was sworn in Monday, Nov. 11 as Mayor of the City of Flint.  The former Democratic State Representative resigned his after defeating incumbent Mayor Karen Weaver in the Tuesday, Nov. 5 general election.  Neeley will serve a four-year term.  A special election will be held March 10, 2020 to fill the 34th District House seat vacated by Neeley who was serving his final term in Lansing.

During his inaugural remarks as Flint’s new Mayor, Neeley pledged to be transparent with voters and work together with city council.

“This is a day of unity. Unity is strength,” said Mayor Neeley who also vowed to help the Flint Board of Education, which is contemplating closing more schools as it faces a $5 million budget shortfall.

Neeley said the State of Michigan will perform a transitionary audit of the city’s finances.  He promised to be transparent with voters about the audit findings.

“The elephant in the room is truth,” the Mayor said.