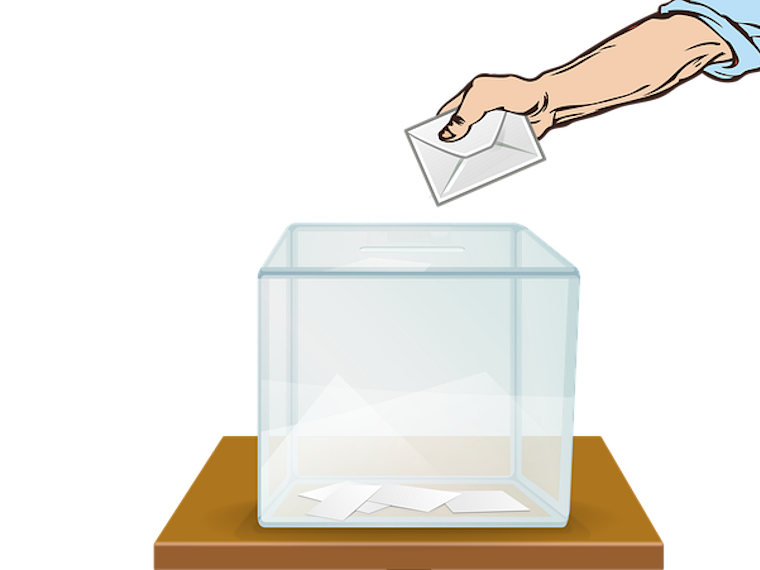 Image by Tumisu from Pixabay

Governor Gretchen Whitmer signed Senate Bill 757 Oct. 6 to help the state of Michigan ensure every vote is counted in the upcoming November election in multiple  ways. SB 757 would allow clerks in certain cities or townships to begin processing absentee ballots prior to Election Day. It would also provide that clerks will notify voters of any reason their vote won’t be counted within 48 hours. The bill would allow election inspectors on AV counting boards in cities or townships to work in shifts. Additionally, it would provide requirements for AV ballot drop boxes and notification requirements for AV ballot applications and ballots that were rejected for missing a signature or having one that did not match the signature on file. The governor signed the bill alongside Michigan Secretary of State Jocelyn Benson.

SB 757 would amend the Michigan Election Law to allow clerks in cities or townships with a population of at least 25,000 to perform certain absent voter (AV) ballot pre-processing activities prior to Election Day, as long as they give notice of that action to the Secretary of State (SOS) at least 20 days before Election Day. This provision would apply only for the November 3, 2020 general election. The Department of State would have to post any written notices on its website, and the clerk would have to post the notice on the city or township website. SB 757 is sponsored by Sen. Ruth Johnson (R-Holly).

“We are anticipating historic turnouts in the November election, and we are committed to ensuring every Michigander can cast their vote safely, and that their votes are counted,” Whitmer said. “Whether you mail in an absentee ballot, drop it off at your local clerk, or vote in person on election day, your vote will count on November 3. Michigan voters: request your ballot, fill it out and drop it in the mail by October 19th or take it to your local clerk’s office. Your voice will be heard in November.”

The governor was supposed to sign Senate Bill 117 at the press conference, which would allow service members and their spouses to return their ballots to their local clerks electronically if they are unable to do so in person. However, the Republican Legislature failed to send the bill to her desk.

SB 117 would amend the Michigan election law to require the Michigan Secretary of State (SOS) to create a process to allow eligible members to return ballots to their local clerks electronically. Eligible members include a member of a uniformed service on active duty or his or her spouse or member of the merchant marine or his or her spouse who, because of active duty or service, is absent from the U.S. and does not expect to return to the residence where the member or spouse is otherwise qualified to vote before an election. Currently, federal and state law require that ballots must be electronically transmitted or mailed to active duty members of the military at least 45 days before an election. The bill would require the SOS to promulgate rules that establish policies and procedures for the electronic return of voted ballots by eligible members of the military. SB 117 is sponsored by Sen. Adam Hollier (D-Detroit).

“I think it’s a disservice to our service members and their spouses that the state legislature would hold back already-passed, bipartisan legislation that would ensure these patriots serving overseas can securely exercise their right to vote,” said Tripp Adams, a Michigan veteran who served overseas in the United States Army and Navy.

On September 30, Governor Whitmer joined 11 other governors in a joint statement regarding the recent threats to the democratic process and reports of efforts to circumvent the election results. Governors Gretchen Whitmer (MI), Jay Inslee (WA), Kate Brown (OR), Gavin Newsom (CA), Phil Murphy (NJ), J.B. Pritzker (IL), Tony Evers (WI), Tim Walz (MN), Ralph Northam (VA), John Carney (DE), Steve Sisolak (NV) and Michelle Lujan Grisham (NM) stated, “we affirm that all votes cast in the upcoming election will be counted and that democracy will be delivered in this election.”