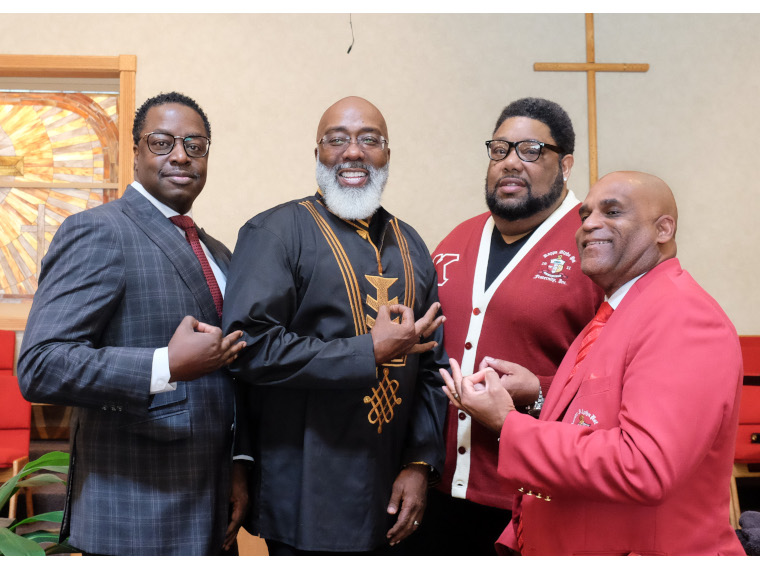 On October 17, Flynn was officially retired after being a pastor for 23 years. Fifteen of those years were at Foss Avenue Baptist Church.

The Sunday service was a moving tribute to a man who is much beloved by his church members and many in the city of Flint.  In his final sermon, Flynn outlined all the blessings he prayed for the congregation in their next phase.

“The Lord bless you and keep you; I pray you are kept by the power of God,” Flynn said.

At the end of the service, many congregants and members of the Flint community stood to honor Flynn and tell stories.  From small kindnesses to mortgaging his home when the Eagle’s Nest Academy needed funding, the heartfelt gratitude for Pastor Flynn moved many to tears.

Pastor Flynn also spoke with great respect and love for his wife, First Lady Delores, and her sacrifices for his pastoral calling. Their move to Columbia, South Carolina, will allow her to be close to her family again.

Flynn spoke to the Courier briefly as he packed his suitcase on Monday.

He explained: “We’ve done all WE were set out to do here.  But the work here is not done.”

The North Flint Food Market Cooperative is not finished, and Flynn “will be back and forth and still involved with the grocery store project.”

Flynn will also be “recharging and reflecting in the motherland” of Kenya. He will be doing micro missions, working with schools and in impoverished rural areas, doing jobs such as digging for water flow and building fences to assist their micro-economy.

“Peace is a blessing.” Pastor Flynn said at the end of his final sermon.

“I pray for peace to be part of your life,” Flynn continued. “Jesus says ‘my peace I leave with you.”’

3 steps to take for better health this fall