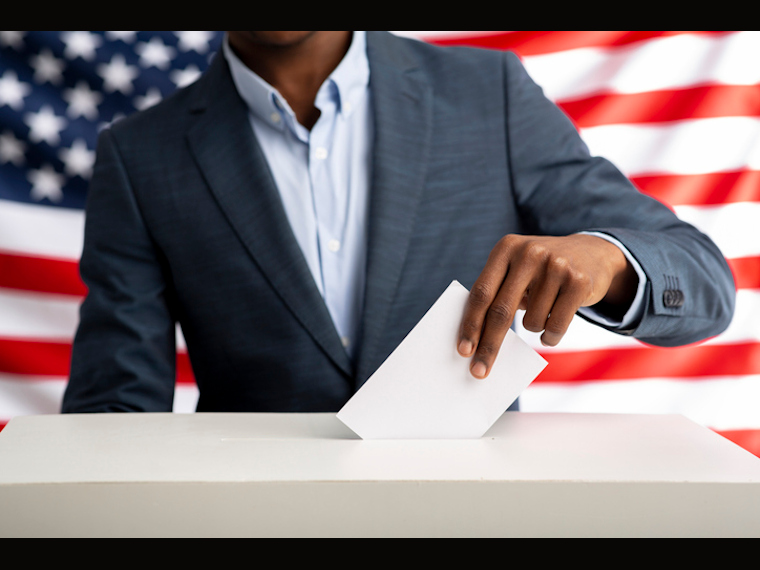 Maurice Davis; vice president of the Flint City Council, feels, like many, the Nov. 20200 election was of particular importance.

“The presidential was important on many levels because for one the presidency is important to the whole country at this time-the climate that we live in, as well as the state and local election” he said.

Davis said although he spoke before U.S Vice President Mike Pence when the vice president visited Flint, he did not intentionally try to influence others in regards to voting. He said who one votes for in an election is a personal choice.

“I talked on behalf of my personal belief about what I felt was the best choice because of when Biden said I’m not Black unless I vote Democrat,” Davis said.

Biden apologized after saying to African American voters at the end of a radio interview on “The Breakfast Club” “you ain’t black” if they were backing President Donald Trump’s re-election.

“I was not voting for Biden at that point on,” Davis said, reiterating his point.

“Voting is a choice. Then, with President Trump, I felt he was the best choice for poor folks because the Republican Party has got all the money, and Flint is not fixed. So, I wanted to get some help for Flint, as anybody in an elected position should do.”

Davis said besides his vote for Trump he voted “Democrat for everyone else” in the Nov. 2020 election, including for State Rep. Cynthia Neeley. He said he has been a Democrat all his life.

He was not happy with the way the election was handled.

“There was plenty of intimidation to go around. There probably was voter fraud because when I went to vote I was told I could not vote unless I voted straight ticket Democrat or Republican. I said I want to vote for whoever I wanted to vote for. I identified myself as a councilperson. She said she did not care; I had to vote straight ticket. So, I had to call the clerk to straighten that out. Then, I was able to vote however I wanted to.”

Davis said he has been called a “traitor,” “bootlicker” and a “sell out.” He also said he was told he should resign his seat because of the way he voted.

“I voted for my best interest and what I felt was best for my constituents.”

He said he saw politics from preachers and he was offended at comments made about him on the radio, which he considered “slander.”

Davis pointed out Trump was associated with skinheads and was said to be filled with hate.

“I found the opposite. Yes, when we were at the rally I did see plenty of Trump signs, and I didn’t know what they anticipated or thought. But I found out it was all wrong. They were full of love. They wanted to pray for me. They wanted the best for our country. As you know, when we had the crisis, water came in from all branches of government around this nation and world to help Flint out of their calamity or crisis. I thought that was misleading.”

Davis said rumors that he had gotten “jumped at a liquor store passing out Trump signs” were untrue and a form of bullying and harassment. He feels he took a stand to help his community and he has the respect of Trump, who he has tweeted with. However, he has told Trump he is not here to be his spokesman.

In addition, he hopes Biden will do the same Trump was going to do. He has accepted Biden will be the next president because of what he called “cheating” due to ballots being accepted in some states past Election Day when postmarked by Election Day or before. He also said he had never seen “no reason absentee ballots.”

Michigan Proposal 3 was on the ballot in Michigan as an initiated constitutional amendment on November 6, 2018 and was approved, allowing for no excuse absentee voting and seven other voting policies.

Davis does not believe Trump is a racist, he does believe Flint residents were in a “better place with Trump” and said Trump was only accused of being a racist after becoming president.

“Every time somebody comes to help Flint, people tell Trump he’s not welcomed…I am telling him you are welcomed. Poor folks need help. Please help us…I’ve got problems here, and people are dying amidst this pandemic and other critical issues we have here in Flint, Michigan.”

Breaking it down with Dr. James Brown: The social determinants of health and the people of Flint (part 1)