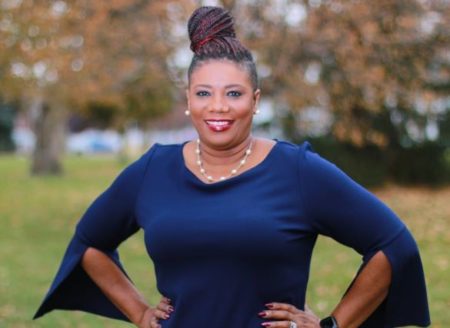 State Rep. Cynthia Neeley believes the fact she was on the ballot to replace her husband Sheldon Neeley for 34th district state representative helped her because Flint Mayor Sheldon Neeley had already built up a name for himself.

“The identification kept me in the light. I don’t think it was a hindrance. I’m my own person. I think people identify with my qualifications,” Rep. Cynthia Neeley said.

The special election, held this month, was called by Gov. Gretchen Whitmer after Sheldon Neeley resigned from the seat following him beating Karen Weaver, Flint’s former mayor, for his current seat.

Rep. Cynthia Neeley said it is a great benefit to be married to someone who has been in her seat.

“As a wife, I don’t want this to bleed into our personal relationship,” Rep Cynthia Neeley said.

Rep. Neeley said she will go through the legislative process to get more money to help the children of Flint in regards to boosting K-12 education.

“We already have money coming. That’s something the previous representatives have already been working on. I’m going to guide that to make sure we get the money needed right here in Flint.”

Angela Lots, executive director and educator for Faith Foundation Resources, said she is excited about the way Rep. Neeley is expected to bring more attention to the seriousness of human trafficking.

“It’s one of our platforms. We are presenting the severity of the situation through performing arts. Cynthia has helped bring awareness to our human trafficking program. The Michigan Arts Council gave us a mini grant. We’re taking our play ‘If Only for One Night’ to the high schools. It shows how one night of underage drinking can mentally impair your decision making where you can have unprotected sex, then get caught up in human trafficking and your whole life is changed,” Lots said.

“I want to continue to work with our partners that are working in regards human trafficking. I just want to uplift them even higher, helping them with the things that have already been done,” Neeley said.

She said she stands for equality in the workplace for everyone.

“That’s the biggest thing for me. I want equality for everyone, especially for women. That’s one of the things I’ve been really fighting on,” Neeley said.

Neeley said she is committed to also fighting for better healthcare.

“That’s something that’s ongoing from our president, to our governor. We, as a new legislature, will continue to work with our governor, president and health professionals to make sure we do what we need to help all the Michigan citizens have better healthcare.”

There are programs in process from the federal to the state, which Neeley said she plans to continue to bring to the local level.

“It’s not going to be easy. Obama tried to do it with Obamacare. It’s going to be a long road, but worth fighting for. I just want healthcare for everybody.”

Neeley’s win was special because in the state house on the Democratic side there are now 26 males and 26 females. When the Michigan House Democratic Caucus elected Neeley, it became the second 50 percent female caucus in Michigan history, with the Senate Democrats being first last year. We now have a female governor, a female chief justice in the Michigan Supreme Court, a female secretary of state, a female attorney general and both Democratic legislative caucuses are 50 percent women.

“That will give young girls an opportunity to look and see what we’re doing as women-to see we’re breaking boundaries.”

Although this was Neeley’s first time running for office, she won the election by a high percentage-with over 85 percent of the votes for her seat. She received 10,193 votes of 11,107 cast votes. Adam Ford, the republican candidate, received 914.

“I believe people have confidence in what we’re doing.”

Aretha Franklin “Queen of Soul” Will Be Buried Aug. 31

Flint Families Can Get Nutritious Food At Mobile Pantry In March