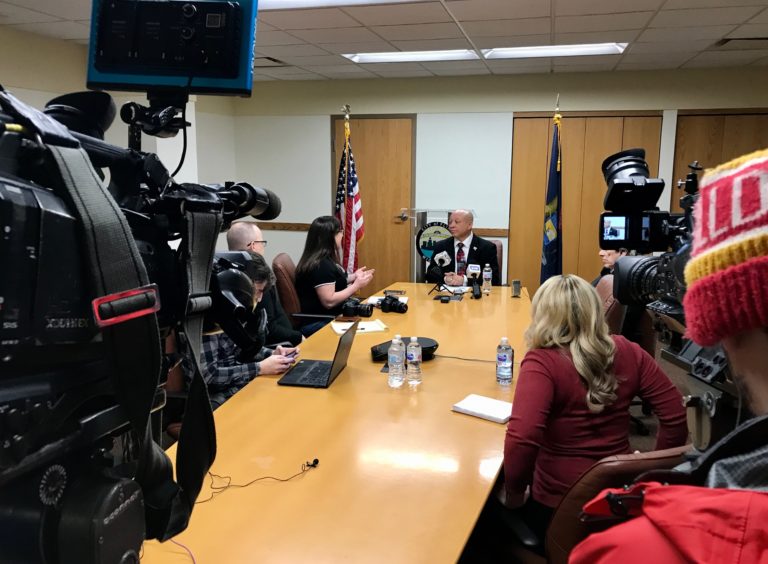 A recent progress report on the pipe replacement program shows that contractors have been unable to reach approximately 1,000 households to get consent to check to see 1) if service lines connected to the homes are made of lead and 2) replace lead service lines at no cost to the homeowner.

Mayor Neeley said the city will try a minimum of three times to get permission to check service lines at a home. After three attempts, the household is considered non-responsive — but the mayor said it is not too late. Working with Rowe Professional Services, the city has been able to identify 1,000 unresponsive households, but Mayor Neeley noted that is just a preliminary number based on current data and could actually be much larger.

Mayor Neeley encouraged residents to call 810-410-1133 weekdays between 8 a.m. and 5 p.m. to consent to having their lines checked. Residents can also email faststart@cityofflint.com or opt-in to the program online at www.cityofflint.com/fast-start-online-opt-in-form/

“This is for the betterment of our whole community, now and for generations to come. We are ready to move forward with the cooperation of residents,” Mayor Neeley said.

Mayor Neeley’s pleas to residents were part of a briefing provided to the media this morning (Nov. 23, 2019) to update the community on his first two weeks in office.

Mayor Neeley also highlighted the efforts of the ongoing transitional financial and operational audit — which is separate from the annual legal audit being conducted as required by state law and the City of Flint Charter.

The mayor’s transitional financial and operational audit is taking a current snapshot of the city’s finances, procedures, and status of grant compliance. It being done to assess the current state of the city’s well-being. While still in process, Mayor Neeley said the results of that assessment will be shared with the public as part of his administration’s commitment to transparency.

Chief of Staff Brian Larkin noted that the city also is in the midst of an audit of its finances for the fiscal year that ended on June 30, 2019. This is the one and only audit required by law and it is being completed with help from the State Treasury.

Mayor Neeley also asked for the media’s help in getting the word out about Census 2020. Noting that the Census count has a direct impact on federal funding available to the city, Mayor Neeley said he will be actively working with community partners to promote the importance of residents’ participation in Census 2020.