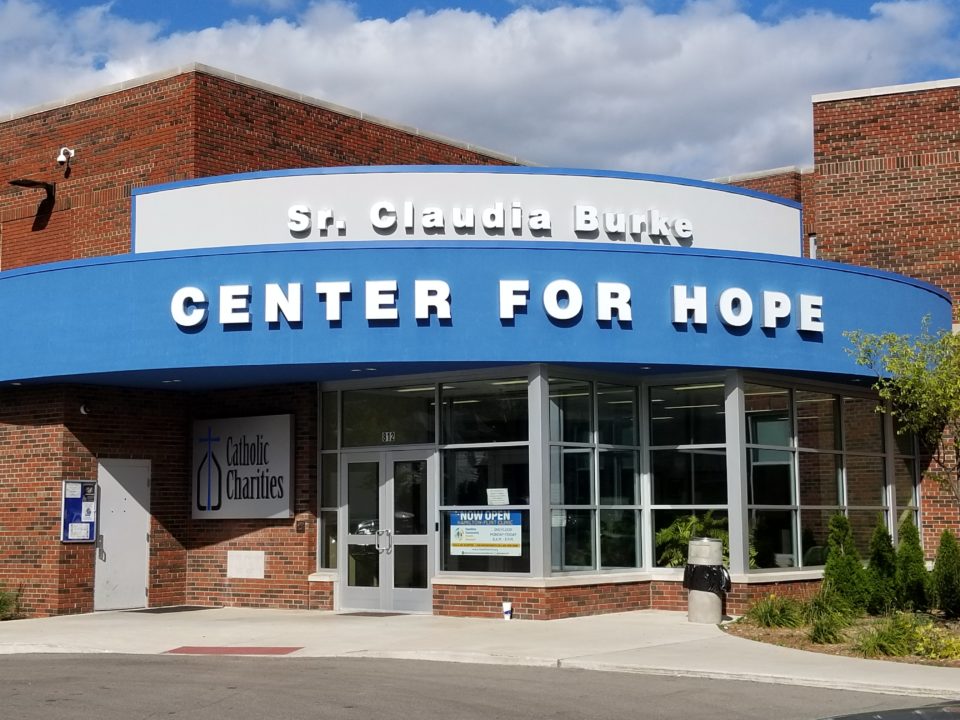 The soup kitchens of Catholic Charities served nearly 194,000 meals last year and anticipates serving even more people in need in the coming months and years. John Manse, director of community services said he has seen an increase in the number of people who visit the soup kitchens, including a growing number of millennials – those individuals 22-to 37-years-old.  Manse said he believes about 25 percent of the people in that population are working but choose to eat at the soup kitchen because they can’t afford to buy food on a regular basis.

“Economically, things haven’t changed a whole lot in Flint. The people are working, but they don’t make enough money to always buy healthy meals for themselves,” said Manse who has worked at Catholic Charities in Flint for more than 25 years. Manse said he hopes the revitalization that is happening downtown will spread to other areas of the city.

“We’re hopeful that improvements will continue to be made throughout the city. We need major employers and better paying jobs for young people. In the meantime, Catholic Charities will continue to provide nutritious meals and a place of warmth and safety for those with no place to find shelter during the coming cold winter months,” Manse said.

World Class Bar-B-Q, located on North Saginaw Street at Pierson Road in Flint, is once again donating all the proceeds from their final summer weekend to support the Soup Kitchens at Catholic Charities. Even the crew are donating their wages and all their tips.  The four-day fundraiser started Thursday, Sept. 5 and will run through Sunday, Sept. 8 from 11 a.m. to 11 p.m.

Seven years ago, Dave Burton, the founder of World Class Bar-B-Q, decided to dedicate the last weekend of the barbeque season to raise money for charity.

“The Holy Spirit guided me,” said Burton when asked why he chose Catholic Charities. “We are located on the north end of Flint and all summer we see folks headed to the North End Soup Kitchen, so we know how important the work Catholic Charities does there is.