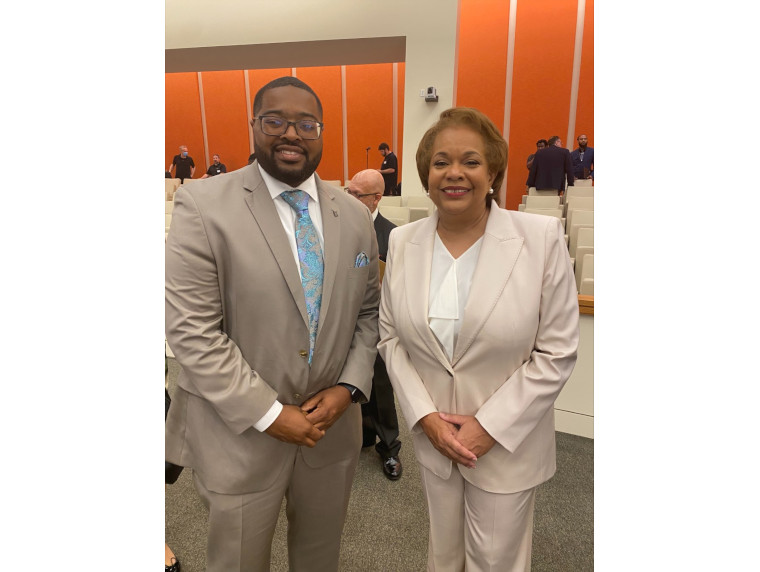 In an Agency ceremony, Thompson was sworn to a five-year term as the third Senate-confirmed director of the Federal Housing Finance Agency (FHFA). Thompson was appointed to head the Agency by President Joe Biden. FHFA, created by the Housing and Economic Recovery Act of 2008, is the regulator and conservator of Fannie Mae and Freddie Mac, and the regulator of the Federal Home Loan Bank System. The agency is responsible for oversight of the $7.5 trillion mortgage finance market.

“As a seasoned financial regulator, I understand how critical a time it is to serve in this role,” said Thompson.  “I am committed to ensuring our nation’s housing finance systems and our regulated entities operate in a safe and sound manner. There is a widespread lack of affordable housing and access to credit, especially in underserved communities of color. It is FHFA’s duty, through our regulated entities, to ensure that all Americans have equal access to safe, decent and affordable housing.”

Thompson’s swearing in oath was administered by U.S. Department of Housing and Urban Development (HUD) Secretary Marcia Fudge. Fudge is the first Black woman to hold this position since Patricia Roberts Harris left the office in 1979. Like Thompson, Fudge is committed in her role to “put an end to discriminatory practices in the housing market, and ensure that our fair housing rules are doing what they are supposed to do”.

At the event, she said, “There’s is not a better person to run this agency than Sandra Thompson.”

As co-founder of a local nonprofit and affordable housing developer, Wilson was invited to attend the ceremony by the agency and as a member of the Federal Home Loan Bank of Indianapolis Advisory Council (one of 11 banks that is regulated by FHLBI).

“I’m even more proud I saw this historic event happen because Thompson is the first woman and Black person to lead this agency, which regulates the trillion-dollar mortgage market and financial institutions,” stated Wilson. “She really has the heart of a servant leader and permeates throughout her team.”

Under Wilson’s leadership, Communities First has developed over 400 units of quality, affordable housing.

Wilson stated, “We get calls on almost a daily basis from people in our community who are unable to find safe, quality, affordable housing. We know how great the need is, and that is why we are so passionate about our work. Because we’ve learned firsthand how access to housing can transform someone’s life, we are committed to not only building equitable real estate developments, but connecting people who experience the greatest barriers to housing to our units.”